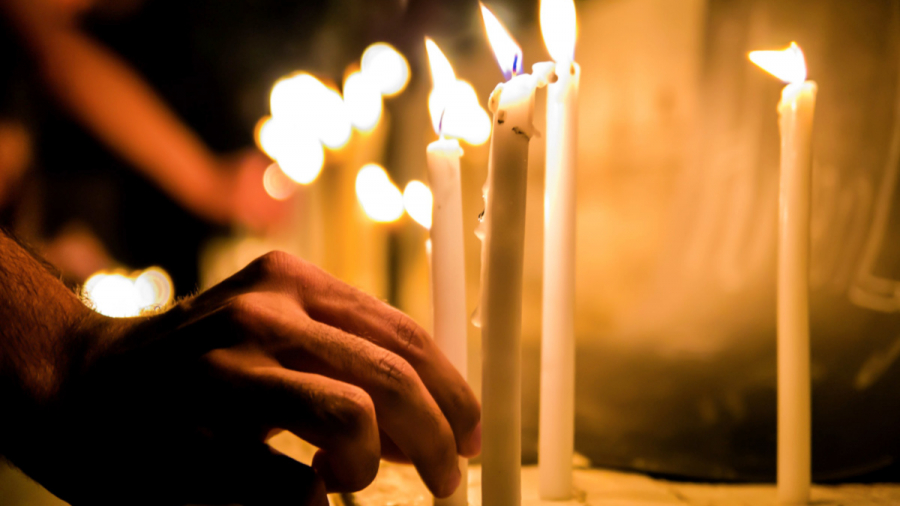 Ramos was known for fighting and threatening his classmates. He allegedly acted strangely around classmates and claimed to have cut scars into his face, according to classmates. Ramos had dropped out of school, authorities said during a press conference on Wednesday afternoon.

We mourn the senseless loss of life at Robb Elementary School. God bless the victims and their families. pic.twitter.com/r74wLmr5qU

The attack killed 21 people, including 19 third and fourth grade children, according to law enforcement. Two teachers were also killed. A total of 17 people were injured, including three police officers.

As of Wednesday, all the victims had been identified. A law enforcement officer shot and killed the gunman.

About 600 students attend the school, which teaches students grades two through four.

Most U.S. adults think mass shootings would occur less often if guns were harder to get.

They say schools and public places are less safe than the past, even though gun laws have remained the same. These narratives are being pushed by Politicians and socialites that run media.

Anytime a tragedy benefits a gun control, you will see an agenda pushed. Guns policies are complicated, but not meant to be politicized through tragedy. After the horrific shooting in Uvalde, Texas, Democratic governors push for more gun restrictions.

This prompts Republican resistance in Congress and will not advance, because that isn’t the problem.

Respected officials and media socialites still continue to tie this agenda together. Here’s what we’ve seen.

Ex-President Obama is a perfect example of blurring the lines between tragedies to push a narrative. Obama ignites chaos by connecting the George Floyd death with the Elementary Massacre.

Look at the chain of tweets Obama said to the public.

What we have to remember is that George Floyd had nothing to do with gun control or gun violence. The two situations are not the same and Obama uses both to sensationalize and push his agenda further. Luckily, people caught on.

This is disgusting so disgusting it’s easy to miss what this truly is, a clear call for political violence, there’s no other reason to bring up Floyd today. Floyd’s death kicked off the lethal summer of ‘20, this is Obama calling for the same playbook to be ran now. https://t.co/ewLUri0iVa

Obama chose to cause more division and chaos by blurring tragedy lines.

He does all this to push the democratic agenda to save Biden’s embarrassing approval rating. Very Irresponsible Mr. Obama…

Beto O’ Rourke also saw this as an opportunity to collect votes while spreading Republican hate. His PR team took full advantage of the Uvalde School Shooting tragedy to gain support. He started by calling Gov. Greg Abbott out in the wake of a tragedy.

Beto O’Rourke, who is running for governor of Texas, interrupted a news conference hosted by Gov. Greg Abbott on Wednesday and accused Republicans of “doing nothing” to address gun violence in the aftermath of the Uvalde school shooting. https://t.co/SyMyQbynnA pic.twitter.com/vf2hTzzgOF

This was an absolute agenda push by Beto who’s running for Governor. He wants to successfully push Republican hate while “acting” in favor of gun control.

This is Ironic since Beto has changed his stance on Texas citizens owning AR-15 style weapons.

Speaking of false flagging conspiracies,  Alex Jones missed the mark with the Uvalde school shooting. His name is now trending on social media for pushing a false flag narrative. Here’s what he had to say:

1/Yes, America, Alex Jones is already insinuating that the murder of #Uvalde elementary school children today is suspect & was caused by some underlying politically opportunistic motive.

America, give him a piece of your mind: pic.twitter.com/JL5v2iQgFD

Nobody is killing children to push gun control, nor are communities false flagging a tragedy. This is an extremely dangerous agenda to push with his social huge social influence.

Look at the exchange between Alex Jones and a caller on his show. Alex Jones allegedly agrees with a caller that the Uvalde tragedy was a false flag. This was not the case, and like Obama, he paints a dangerous narrative for the Americans being out of control.

The situation is not out of control. This is a horrific tragedy that can affect anyone with children and should not be used to push ANY agendas.

Even as media continues to push a heavily funded narrative remember:

All cops are not killing minorities and other POC. These are projections from sides who push to defund the police. This is also a narrative liberals pushed to gain voters.

Alex Jones also is pushing a very dangerous narrative that could cause chaos to an already tragic situation. This is something that socialites do to gain views and engagement for monetary purposes.

He forces the need for Gun control needs while spreading Republican hate for Democratic support. While agendas are being pushed, be aware of what is really going on.