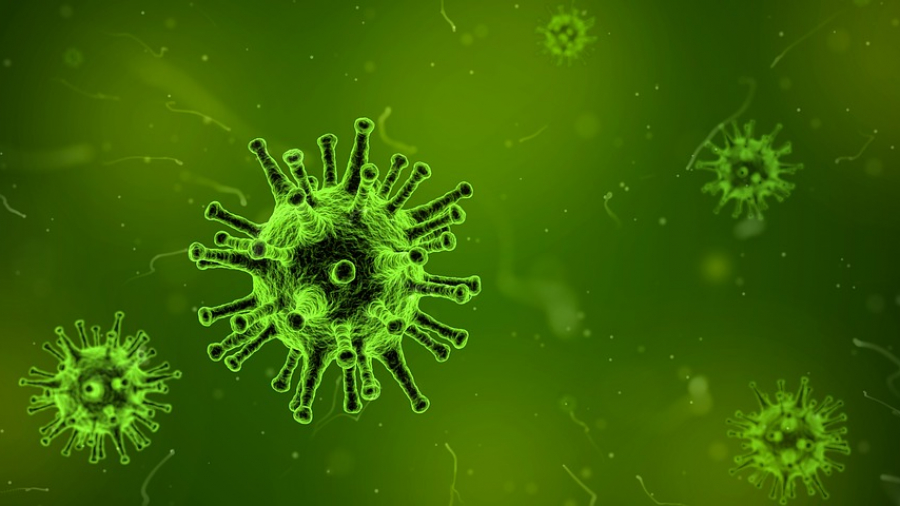 When you think about it, there are LOTS of infectious diseases that can run rampant in our society. And the scary thing is we aren’t even aware of many of them yet, due to lack of exposure and medical knowledge.

However, we must do what we can by preparing for the ones we know about and have faced already. These include (but are not limited to):

This nasty disease has many uncomfortable symptoms, such as: chills, fatigue, fever, persistent coughing, and coughing up blood.

Although we’ve done a much better job of handling tuberculosis in the U.S., it’s still one of the most common causes of death around the world (with a death rate of over 100 million).

Even more terrifying is how hard it is to know when this disease spreads. That’s because tuberculosis spreads through tiny, microscopic droplets that go out into the air as someone sneezes, coughs, or even speaks.

Although it’s fairly difficult to catch tuberculosis, it can still easily spread in groups where resources are being shared frequently. Cough/sneeze into your arm and try to avoid these droplets getting into the air. Also, do what you can to have each individual in the group use their own resources to prevent the spread of disease.

Powassan virus is known for its severe symptoms, including fever, confusion, headaches, vomiting, and even seizures.

This virus is typically spread through ticks found in North America, as well as the Russian Far East. And, although 100 cases have been reported of this disease in the last 10 years, it can easily come to those who don’t take proper precautions.

Think about where your bug out location will be ahead of time. If it’s in the woods, just know you’ll be contending with lots of ticks (and bugs that carry disease), putting you at risk of contracting the virus.

Cholera has some pretty scary symptoms in an SHTF situation, such as dehydration, diarrhea, vomiting, and rapid heart rate. And, if you don’t have a way to keep fluids in the body, this is a recipe for extreme dehydration and early death.

Cholera hasn’t run rampant throughout the U.S. since the 1800s. However, it’s still prevalent in areas around the world that have poor sanitation.

That’s because the bacteria that causes cholera (vibrio cholera) is present on the surface of water that is unclean. It can also spread through food that has been either cooked or clean using this bacteria-filled water.

Because of the likelihood of failing sanitation systems, it is important to do everything you can to purify your water to help you avoid getting this disease.

Similar to West Nile Virus, Zika spreads primarily through mosquitos (although it can also be transmitted sexually). Its symptoms include joint pain, fever, red eyes, and rashes on the skin.

The terrifying thing about Zika is that there is currently no vaccine or specific treatment for this virus. However, that’s why we need to do what we can to prevent it.

One of the ways is to recognize that mosquitos tend to breed on/around standing bodies of water. So, when a major emergency happens, there will be lots of stagnant water that will be attracting mosquitos (thereby spreading the virus). Be wary of this, and avoid water that contains these flies.

This is one of the most common infections in an SHTF situation, as well as in locations with poor water sanitation. That’s because people get it by consuming food or water that has contamination.

Dysentery is highly infectious, and is accompanied by fever, cramps, and bloody diarrhea. Once a person displays symptoms, prompt treatment is crucial. Although this includes taking antibiotics (which you may or may not have access to), it also means making sure the person drinks lots of pure drinking water and fluids that don’t contain contamination. The last thing you want them to suffer from through this is dehydration.

Typically, typhus has been common during times of war, as well as immediately after a natural disaster. That’s because lice, fleas, and rats spread this disease, and transfer it to humans through biting them.

Typhus comes with horrible symptoms such as headache, sensitivity to light, fever, chills, and rash. And, unfortunately, these symptoms can spread all too quickly in hospitals, disaster shelters, and other environments that contain large crowds.

Due what you can to keep away from vermin, and to protect yourself from fleas and lice.

As terrifying as it is, the truth is that we won’t really know what we’re in for when SHTF until it happens. That’s why it’s important to get into the habit of practicing good hygiene and preventative practices now.

Here are a couple ways to give yourself the best chance at survival:

Wash Your Hands. Wash Your Equipment.

Sometimes it feels like the media beats hand washing like a dead horse. But the fact is it’s been proven again and again to be one of the most effective ways at preventing disease and infection.

Wash your hands (and under your fingernails) with soap when you:

It’s also crucial to wash your first-aid equipment and other tools with pure, boiled water and soap. This way, if someone in your group gets hurt, you won’t be causing further infection by using dirty equipment.

Keep in mind you’ll also want to use gloves when handling tools and equipment to help prevent disease and infection spreading on your hands.

Seeing as a lot of water contains bacteria, you’ll need to purify it. Put it in a container and boil the water for at least three minutes before drinking. You should also have a portable water filter from a reputable brand (like LifeStraw) so you can filter water no matter where you are. Make sure to only wash food, wash yourself, and wash medical equipment/survival tools with this clean water

Many of the above diseases stem from bugs and vermin. That’s why it’s important to contain this as much as possible.

One of the best, natural ways to use pest control  is to invest in free-range chickens, or guinea fowl. These birds love eating mosquitos, ticks, fleas, and many other insects.

Mosquito repellants are also crucial for disease prevention. You can buy some chemical ones at the store, or use the following herbs to naturally repel them:

Wormwood and even catnip can also be effective tools to keep mosquitos at bay.

Watch the video below for a cool way to create your own natural insect repellant.