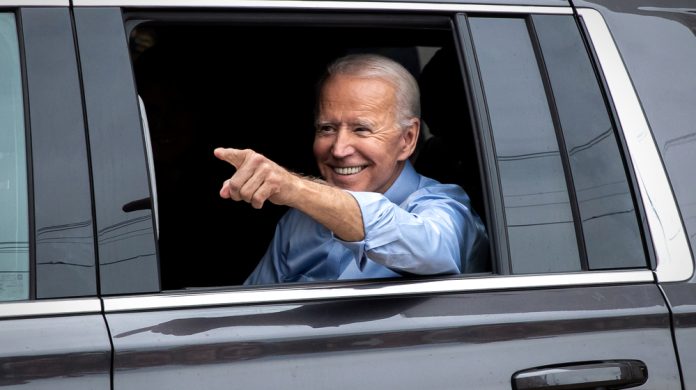 Politicians and conservatives chastised President Biden on Tuesday after he declared that he was “celebrating” the signing of the Inflation Reduction Act, despite the fact that August inflation remained uncomfortably high.

On Tuesday, Biden tweeted that he would be delivering remarks on the bill at 3 p.m.

Exactly four weeks ago, I signed the Inflation Reduction Act into law.

Tune in at 3 PM ET as I deliver remarks and welcome the leaders and advocates who made it happen to the People's House.

Biden’s tweet drew a lot of attention from politicians and conservatives who were curious about what he was celebrating. In August, inflation was 8.3% higher than the previous year. While the price of gasoline has fallen over the summer, the cost of groceries and rent has remained extremely high. In the one-month period ending in July, prices rose 0.1%, while food prices rose 0.7%.

Grocery prices increased 13.5% year on year in August, the highest level since 1979.

Rep. Virginia Foxx, R-N.C., responded to his tweet and said that “families that saw grocery prices skyrocket by 13.5% in August aren’t celebrating.”

According to a Penn Wharton study, the Inflation Reduction Act would only reduce annual inflation by 0.1 percentage point.

The small cut would take effect only after “major deficit-cutting provisions of the legislation are fully implemented.”

President Biden can try to celebrate the Inflation Expansion Act all he wants, but in reality, the Biden Administration has added more than $4.8 TRILLION to the deficit.

“This month, prices overall were essentially flat, gas prices were down, and wages were up – that’s good news for American families. My plan is showing we can lower costs, create jobs, and bring manufacturing back to America,” he tweeted.

4 Ways To Tell If Someone Is Lying To You