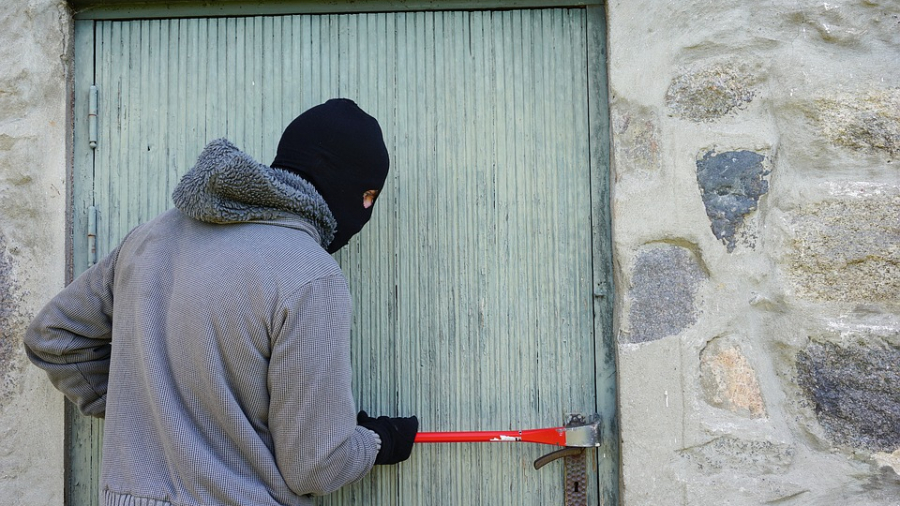 FeaturedSurvival
Here’s a scary fact: most robberies, assaults, murders, and rapes occur inside of the home. And many of them are a direct result of criminals exploiting the extremely vulnerable parts of your house.
The sad truth is that every single home has areas that criminals can easily get into. And, without the proper protection, many homeowners are basically waving a white flag to burglars, inviting them in to steal their hard-earned valuables and assets.
This Is Every Home’s BIGGEST Weak Spot
True, many people use home security systems in order to feel safe from bad guys. However, what fails to register with most people is that, more often than not, police aren’t able to get to the scene of the crime fast enough to stop the criminal from breaking in. So, in many cases, the cops show up too late – after all the valuables are gone, and/or after everyone is dead.
Not to mention, warning signs showing that there’s a home security system in place often entices burglars even more. It’s like these signs are saying, “We have lots of expensive stuff in here we care about protecting!”
For this reason, the end goal shouldn’t be so much to stop the burglar in their tracks, as much as it is to prevent them from even attempting the burglary in the first place.
And, to do that, we’ll need to be aware of…

The Dangerous Ways Criminals Can Gain Entry To Your Home

This may be the most obvious point of entry, but it’s also extremely common. It’s easy to slip into the realm of thinking that no criminal would ever be audacious enough to just waltz through the front door.

However, it’s shocking how often this happens – all because people forget to lock their front doors. In fact, as much as 32% of home entries occur through an unlocked door. Not to mention, burglars with a good amount of experience know where to find that spare key you’ve been hiding.

And, keep in mind that homes with large features covering part (or all) of the doorway are the most vulnerable to theft.These include large trees, decorative overhangs, shrub walls, etc. Criminals know that, if they hide behind these objects, nobody will be able to see them from the street.

Plus, if all else fails, thieves can simply remove the door off its hinges, or kick it in. This is also a fairly common occurrence – especially seeing as a whopping 40% of break-ins are because of forced entry.

Windows are easy to overlook for most homeowners. That’s because most people don’t expect a robber to attempt to break into one of these. And so many people leave them unlocked, or even open – especially during the warmer months.

Not to mention, windows in older homes are exceptionally vulnerable to theft, since they’ve been worn down and weakening over the last few years. This makes them incredibly easy to break into – even if they’re locked.

And, when you think about it, the sound of breaking glass isn’t typically loud enough for neighbors to hear – especially when they’re inside their homes. In fact, it’s been proven that if people hear this sound (or, say, the sound of a gun shot), they’re much less likely to react, since their brains will trick them into thinking the sound is something “normal.”

And, although it may seem like a good idea to have a privacy fence or tall trees/shrubs around your windows, this is actually just providing a barrier for a thief to hide behind when they’re attempting to get into your home.

Surefire Ways To Turn Your Windows Into Bulletproof Steel

Just because you’ve barricaded your front door doesn’t mean a criminal won’t attempt to use every other door in your home. This includes garage doors, side doors…even skylights.

Back and side entrances are also extremely susceptible to burglary, since criminals can sneak into these areas (which often are hard to see) without much attention. Homes with large side yards (and houses next to alleys) are especially vulnerable to these threats, since robbers have easy access to the back of their property.

Not to mention, specialty doors (like french doors and sliding glass doors) are also a huge concern. They may look nice from the outside, but they have unique weaknesses that make them extremely vulnerable to break-ins.

For instance, french doors have a lot of small panes of glass. This makes it easy for a robber to break one without causing too much noise. They can then slip their hand in, and unlock those locks you’ve so carefully put on.

Plus, many sliding doors may look impenetrable, but they can be forced open with the use of just one screwdriver. It’s that simple.

When it comes down to it, no home is truly safe. At least, not without the proper protection in place.

Luckily, you can use basic tools in order to make your home an impenetrable fortress. And you can learn how to do it for FREE with our Bulletproof Home Security Guide.

The safety of yourself and your family should be your top priority. And, if SHTF, you’ll need to have all your hard-won assets on hand to keep them alive and healthy. Click here to discover how to protect your home from intruders!