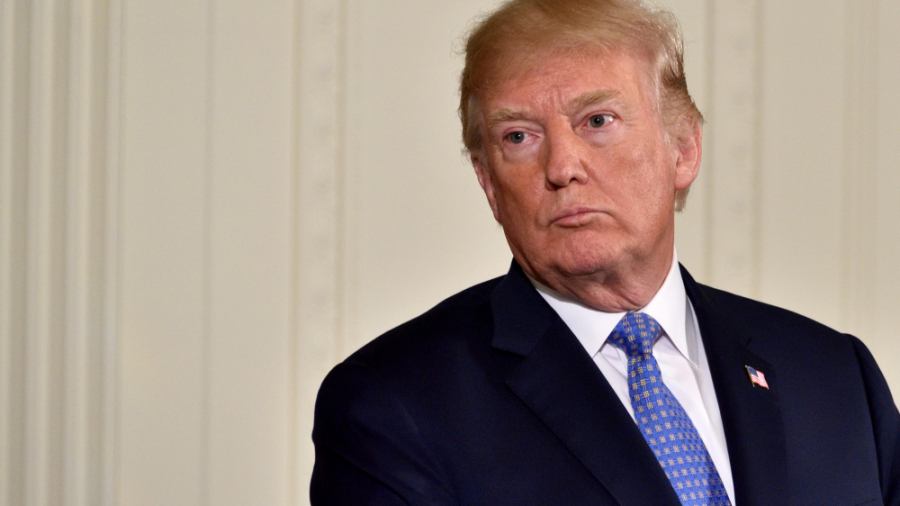 Is Trump to blame for a disappointing midterm election? The RINOs certainly want you to think so. All those Karl Roveites, Paul Ryan partisans, and all seven of David Frumm’s readers want you to follow them to Team DeSantis and leave Trump behind, doing the soyjack-pointing thing while referencing midterm results.

But is that fair? Charlie Hurt, the opinion editor for the Washington Times, doesn’t think so. Speaking on the issue during an interview with Breitbart, Hurt defended Trump and said that the Establishment GOP is wrong to blame him for the current state of things and how the midterms went.

Giving an example of how ridiculous their finger-pointing is, Hurt noted that though both Sen. Martha McSally of Arizona and Sen. Kelly Loeffler of Georgia were picked by the Establishment GOP, they lost badly in 2020. Speaking on them, he said:

“These are two candidates who didn’t even have to face voters. It gives them the greatest advantage that any senator has in a Senate race, which is incumbency. And both of those women, who were handpicked by establishment Republicans and dropped in the Senate seats, couldn’t hold on to their seats.”

Continuing, he pointed to the fact that the Herschel Walker pick only happened because the Establishment GOP had lost that seat by picking Kelly Loeffler for it, saying:

“So yes, you can blame Donald Trump if you want to, for one lost seat in Georgia, [but] we would not have Raphael Warnock if not for establishment Republicans dropping a terrible candidate in Kelly Loeffler into that seat.”

He then dug the knife in yet further, pointing out that the Establishment GOP couldn’t even pick candidates that GOP voters wanted to support, saying:

“If you’re the establishment Republican Party, and you’re so effing good at all this stuff, then why [do] you pick candidates that even your own voters don’t support?”

That “Jeb!”-type of decision-making when picking candidates can be seen in the difference between Trumpy candidates and Establishment candidates. The Establishment chooses losers like Jeb! or Loeffler that rally no support for their cause and are near-impossible to get people to support. Trump, on the other hand, tends to support people like Blake Masters, JD Vance, and Kari Lake that might drive the left bonkers, but get the base excited to go out and vote.

Hurt also noted that the GOP needs to get better about polling, saying:

Source
Conservative Icon Explains Why RINOs are Wrong to Blame Trump for Disappointing Midterms is written by Will for trendingpolitics.com