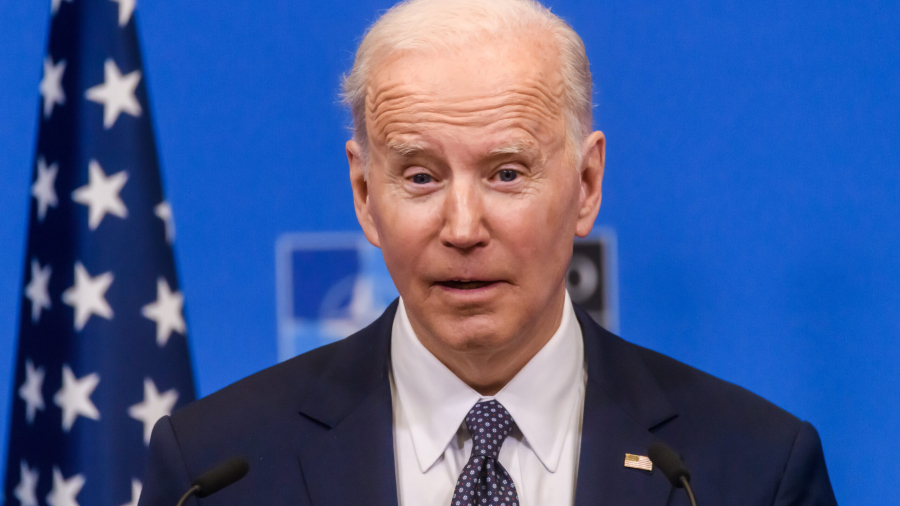 According to New Mexico Republican Rep. Yvette Herrell, who conducted an interview on Newsmax Thursday, President Joe Biden, who claims that the U.S. is currently on the right path toward coming out of the economic slump it is currently in, which includes a recession — defined historically as two consecutive quarters of negative economic growth — is on the path to crashing the economy just like he did his bicycle earlier this summer.

You just have to love a member of the GOP active in the government who isn’t afraid to sprinkle a little humor on top of some serious, hard-hitting truth in order to make a statement that everyone needs to hear.

“He’s crashing our economy even further than where it is right now, and it’s hurting every single American family,” the New Mexico Republican went on to say during the interview on Newsmax‘s “National Report.” “This should be corrected, but there’s no appetite with this administration to fix things.”

“Biden, after Thursday’s report indicating a 0.9% dip in the economy, based on the gross domestic product (GDP), said that it is ‘no surprise that the economy is slowing down as the Federal Reserve acts to bring down inflation,’ while ‘coming off of last year’s historic economic growth — and regaining all the private sector jobs lost during the pandemic crisis,’” the report from Newsmax pointed out.

“Even as we face historic global challenges, we are on the right path and we will come through this transition stronger and more secure,” Biden went on to say in his statement.

Herrell then stated she believes Biden’s words are “falling flat,” as the GOP has “brought a number of pieces of legislation to the table that would help drive the cost down in terms of fuel.”

The congresswoman then noted the Biden administration is not talking about the crisis situation that “everyday people” are experiencing, which includes the horrific crisis at the border and inflation that is causing the price of groceries to skyrocket. She then added that Biden and his flunkies — my word, not hers — are pushing jobs numbers during a period of time when small businesses are having a lot of issues getting workers.

“Nobody wants to get back to work, so I think his words are falling flat,” she commented during the interview. “Actions speak louder than words, and right now we’re just not seeing any action out of this administration.”

“Meanwhile, Sen. Joe Manchin, D-W.Va., has reached a deal with Senate Majority Leader Chuck Schumer on the passage of the Inflation Reduction Act, much of which has to do with climate, taxes, and healthcare, and Herrell said she would like to know what their conversation involved,” Newsmax reported.

“Every time they spend like this in Washington, it’s just more inflationary spending,” she remarked. “It’s going to cost every single taxpayer more, and these interest rates, everybody will be touched by that, because this is the businesses that are going to have to pass those costs on to their consumers.”

However, Herrell continued, saying it’s “puzzling” that Manchin would have a “change of heart.”

Biden hasn’t done anything truly positive for this nation since he set foot in office. In fact, the very first thing he did, closing down the Keystone XL Pipeline, is one of several major reasons we are having issues with gas prices.

Let’s hope Americans send the administration a rather strong message come November during the midterms, and then write him up a pink slip come 2024.