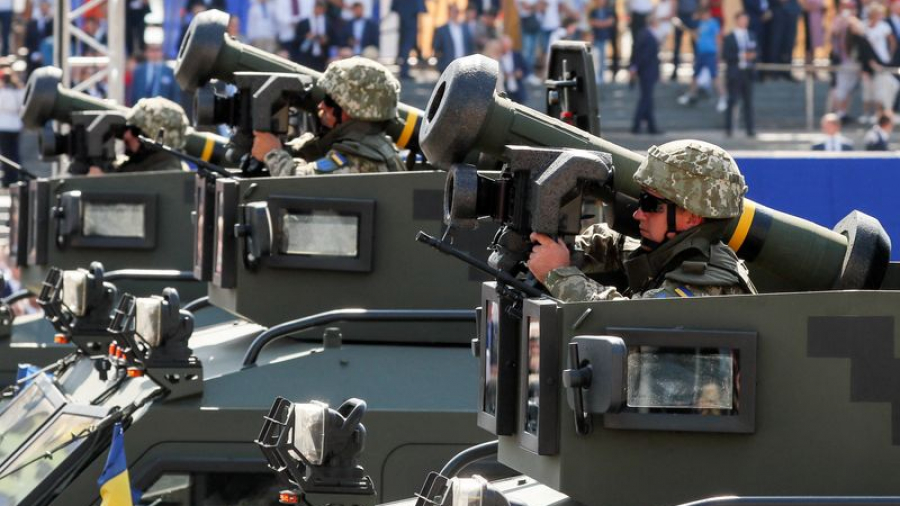 Congress was set to hold a hearing on Tuesday to examine U.S. arms export policy after years of exports.

The hearing comes amid pressure on Joe Biden’s administration and allies to supply anti-tank and antiaircraft weapons to Ukraine as it battles a Russian invasion.

During a U.S. House of Representatives Armed Services Committee hearing, Jessica Lewis, the State Department’s assistant secretary of state for political-military affairs, who oversees weapons deals, is expected to say the Biden administration’s philosophy is to lead with diplomacy, but nevertheless provide “urgently needed ammunition and anti-tank missiles” to Ukraine while simultaneously authorizing transfers of U.S.-origin military technology from NATO allies.

Javelin anti-tank missiles are made by Lockheed Martin Corp and Raytheon Technologies Corp.

Over the weekend, Biden’s administration approved up to $350 million worth of additional weapons transfers from U.S. stocks to Ukraine, including antiaircraft systems, anti-armor munitions, small arms, body armor and various munitions. Over the past year, the United States has committed more than $1 billion in security assistance to Ukraine.

Biden’s administration overhauled the U.S. arms export policy last year to increase an emphasis on human rights when evaluating deals. When the new conventional arms transfer policy is made public, it will formalize the departure from Trump’s prioritization of the economic benefits of arms sales.

Sales of U.S. military equipment to foreign governments fell 21% to $138 billion in fiscal 2021, according to State Department figures.

(Reporting by Mike Stone in Washington; editing by Jonathan Oatis)