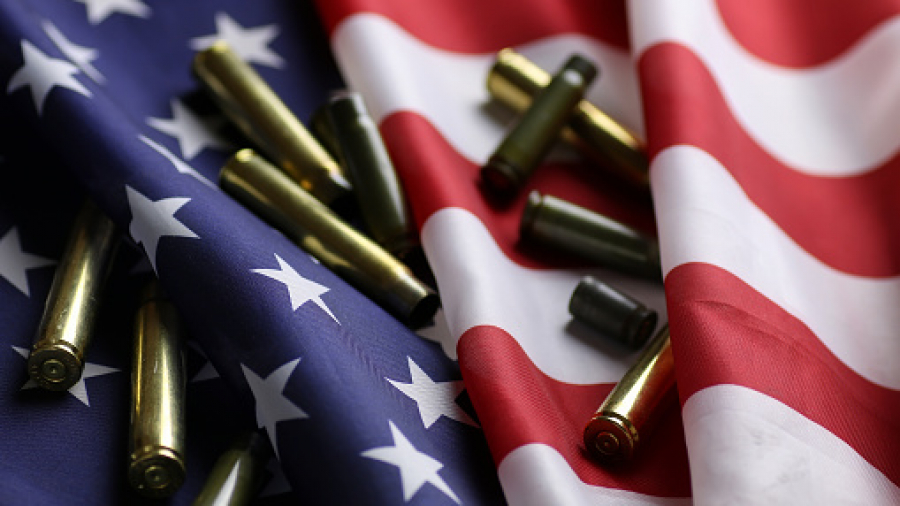 Concealed Carry and the Constitutional Right to Bear Arms

The right to keep and bear arms in the USA is a fundamental right. You are protected by the second amendment, of the constitution under the Bill of Rights. Having a Concealed Carry and the Constitutional Right to Bear Arms will go over some of these constitutional rights.

Over the last 10 years, it has gotten easier for individuals to carry a gun. Ten states have rolled back their requirements of long training, paperwork, and registration for people with concealed weapons under a novel legislative philosophy called “constitutional carry.” This brings up a good question about safety and responsibility for those concerned, but for gun-rights activists, this is long overdue. It is our rights passed down from our founding fathers.

There are many options for carrying a gun. To date, you may open carry or conceal carry depending on each state law.  Know your rights, the law, and figure out which way feels best for you. Let’s dive in a little deeper about each option.

It is a personal preference whether you want to open carry or conceal. Benefits of open carrying are a faster draw, more comfortable of having it on the outside of your person instead of under your clothing. On the downside, open carry can be seen by others, this can make you an easy target. If you open carry, make sure you are aware of your surroundings at all times. Some people feel those that open carry is more of a target for criminals to grab your gun or shoot you. It is your choice whether you open carry. Just know your rights in whichever state you are in.

Some states let you open carry, some don’t let you carry at all. Others, you have to get a permit.

Here is a list of “shall issue” states that will let you carry:

What every option you choose, open carry or conceal, may sure you invest in some proper gear and training. It was only until more compact guns came on the market when concealed came about. Then people could put them in their pockets, purses, or under their clothes.

Conceal carry does have its advantages like privacy, an element of surprise, and subtleness in unfriendly environments.  On the downside, you will have to change your wardrobe a bit to accommodate a firearm.  Usually, dress one size larger so you do not print. Make sure you practice your draw stroke from your holster so you feel a more comfortable draw in certain situations. Drawing from concealed usually takes longer than open carry.

What is Constitutional Carry?

Gun-rights advocates say constitutional carry is the freedom to carry a firearm, openly or concealed anytime or place without restrictions from the government. Vermont was the first state to offer “constitutional carry”, before this term, it was called “permitless carry” or “Vermont carry”. Many states followed suit after Vermont, and in the last 10 years, constitutional carry has made it mainstream.

In the United States of America, federal statues control who can handle guns. The second amendment states, “A well regulated Militia, being necessary to the security of a free State, the right of the people to keep and bear Arms, shall not be infringed.” This amendment was ratified on December 15, 1971.  In 2008, the District of Columbia vs. Heller, the Supreme Court ruled for the first time the right belongs to the individual for self-defense in the home. Carrying a concealed weapon is a constitutional right to bear arms given to Americans to carry their firearm freely with them.

What States Honor My CCW?

Carrying a concealed weapon in public either on a person or near a person changes state to state. Currently, 43 states issue a “shall issue” policy, there are 14 unrestricted states, and 8 “may issue” and 0 “no issue” states.  If you would like to know more about which states, check out this CCW Reciprocity Map. The laws are ever-changing, so do your research and constantly check up on this. An educated concealed patriot is always best. California, New York, Delaware, Massachusetts, Hawaii, New Jersey, Connecticut, and Maryland do not honor any concealed carry permits from out of state visitors. These states make it very hard for you to obtain one unless you are a resident of the state.

Depending on which way you choose to carry your firearm, will lead us into the different types of holsters. When it comes to holsters there are many options to pick from. Think about the material, placement, types, and style. Concealment holsters are usually more lightweight, easy to conceal, and not as obtrusive as open carry holsters. Some of the most popular holster placements are outside the waistband, inside the waistband, and appendix rigs.

There are many factors when choosing a holster. You may want to think about: safety, retention, basic amenities, concealment, open carry, comfort, finish, ease of draw, durability, ease of reholstering, adjustability, and price.

The Best Gun To Carry

Whether you open carry or conceal, find a gun that you feel comfortable wearing and shooting. It does not matter the size. Invest in a quality holster, belt, and clothing. Some of the most popular guns to carry for concealment are Browning Black Label 1911-380, Ruger .327 Magnum LCR and Smith & Weston M & P Shield 2.0. If you choose to open carry, some of the most popular firearms are Sig Sauer P220, Smith & Weston TRRS DA/SA Revolver, and SIG Sauer X-Five Classic SAO.

At the end of the day, it is your right as an American to Concealed Carry and the Constitutional Right to Bear Arms. Read up on the laws, know your rights, and go with a firearm you feel comfortable either open carry or conceal.