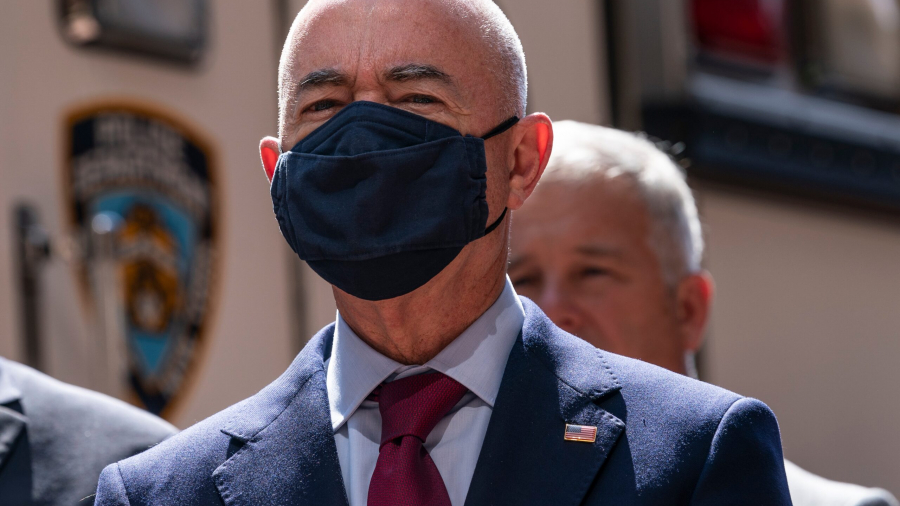 Rep. Ken Buck of Colorado took a hammer to Mayokras, the Secretary of Homeland Security, during a recent Congressional hearing, ripping him as a “Benedict Arnold” over his leaving the border wide open for illegals to jaunt across. In Buck’s words:

“My constituents want you impeached because they believe that you’ve committed treason. They believe you are a traitor and compare you to Benedict Arnold.

Rep. Buck’s office also tore into the deleterious effects of Biden’s open border in a press statement highlighting his remarks, particularly the effect the open border has had on the flow of illegal narcotics like the highly dangerous drug fentanyl.

Over 2.4 million illegal immigrants have been apprehended at the U.S.-Mexico border since President Biden took office. The Department of Homeland Security recently announced that when Title 42 is revoked, the number of illegal crossings is expected to climb up to 18,000 per day.

Most of the fentanyl flowing into our communities came by way of the wide-open southern border. In fiscal year 2021, Customs and Border Protection seized more than 11,000 pounds of illicit fentanyl, which is enough to kill every American seven times over.

Buck interjected, saying “don’t,” showing he’s unrepentant and more than willing to stand up to Biden apparatchiks without apologizing.

Mayorkas then continued his performative response, saying “I won’t. Let me share with you quite succinctly: I am incredibly proud of my service to this country. It is more than 20 years of service in the civilian corps, as a federal prosecutor and as a member of the Department of Homeland Security.”

Meanwhile, some top Republicans have unveiled a plan to impeach Mayorkas for those high crimes and misdemeanors that Rep. Buck described, hoping to gather enough votes to hold him accountable for what he’s done and what he’s let happen at the southern border, which has turned into a disaster zone under his watch.

We’ll see if that pans out, but at least they’re trying to find ways to fight back and punish the Benedict Arnold of the border before it’s too late.