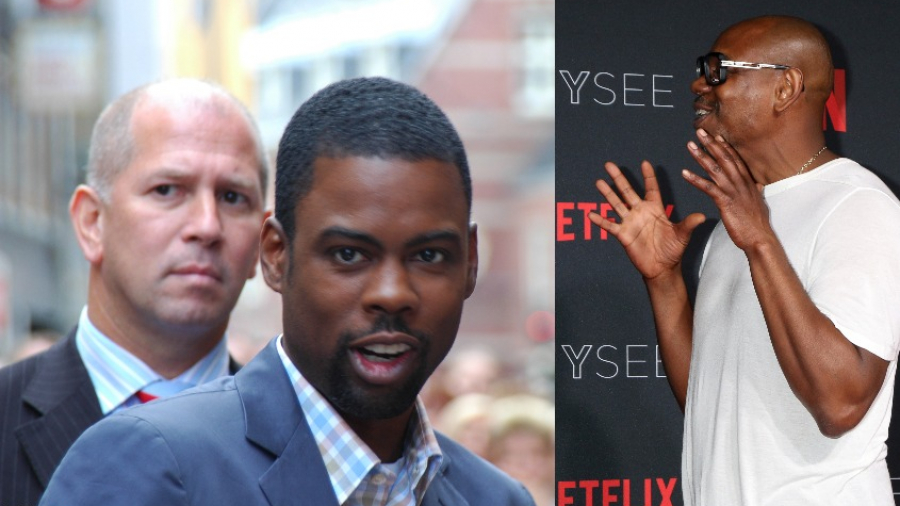 Remember when Will Smith slapped Chris Rock and the Internet went wild, even forgetting about Russian invasions and Bidenflation for a bit in the fury over bickering over two Hollywood figures and their personal travails?

Well, in case you missed it the first time, now the slap heard around the Internet is back in the news, this time because comedian Chris Rock is doing about it what he does best…making jokes that are so funny you’ll double over laughing.

Rock was in a position to make a joke that went viral because, two days after some deranged lunatic attacked him on stage at the Hollywood Bowl, comedian Dave Chapelle gave a secret show to a select group at The Comedy Store.

Among the laughing people in the crowd was Chris Rock, who joined him on stage after part of Rock’s performance, during which Rock had mostly talked about the recent attack at the Hollywood Bowl and how he wasn’t going to let it get to him.

The two comedians then started joking about their respective slaps and the pros and cons of who attacked them, with Chappelle starting the bit by making fun of the weirdo that attacked him, saying:

Rock started laughing and agreed, making a joke that must have humiliated Will Smith when he heard it, saying “I got smacked by the softest n—a that ever rapped.” That’s like saying “I got hit by a guy who hits like a girl,” but even worse! Sorry, Will!

The Hollywood Reporter, describing the rest of the show and its focus, reports that:

Later, Chappelle described convincing venue security to allow him to enter the room where his alleged assailant, 23-year-old Isaiah Lee, was being held. “I needed to talk to him,” Chappelle said. He asked Lee what possibly could have prompted his attack, to which Lee — who Chappelle said appeared to him to be mentally ill — offered a story about his grandmother from Brooklyn, who had been forced out of her neighborhood by gentrification. The attack was meant to draw attention to her plight, Chappelle recounted.

Eventually, the topics moved beyond the twin attacks to other things in the news — the Johnny Depp-Amber Heard libel trial and the looming threat to Roe v. Wade.

But the digressions were brief. It was Chappelle’s attack that was the main topic of discussion that evening — and the city where it happened.

How great it is that Chappelle and Rock can both laugh about the attacks rather than moaning about them, as one expects might be the case were it other, softer Hollywood stars or comedians that were assaulted by crazy people, homeless or not.

Source
Chris Rock Humiliates Will Smith With Funny Joke about “The Slap” is written by Will for trendingpolitics.com