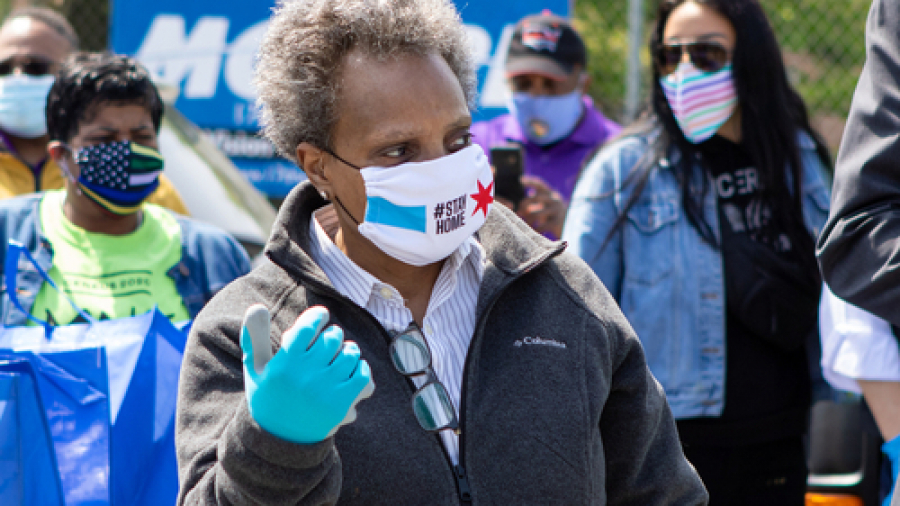 Under Lori Lightfoot’s “leadership”, Chicago has turned into a cesspool of criminality and seen an unprecedented rise in theft and violent crime, leading many online to jokingly refer to it as “Chi-raq”.

As a result, numerous corporations have decided to pull up stakes and leave the Windy City, deciding that the inconvenience of a corporate move are less important than avoiding the violence and chaos of inner-city Chicago.

Among them now is poultry giant Tyson Foods Inc., which has added its name to the growing list of large companies that have withdrawn from Chicago amid the violent crime wave rocking the city.

“You’re talking about a situation where you have a hollowed out economy, where you have businesses leaving, there are no jobs,” said Heritage Foundation senior research fellow in the Center for Health and Welfare Policy Robert Moffit in a conversation with Fox News. “And the people who are desperately hurt by this are the mostly low-income and black and minority residents who suffer the most from this high crime.”

The Tyson Foods relocation will begin early next year and was announced by CEO Donnie King in a press release.

“Bringing our talented corporate team members and businesses together under one roof unlocks greater opportunities to share perspectives and ideas, while also enabling us to act quickly to solve problems and provide the innovative products and solutions that our customers deserve and value,” said the Tyson Foods, Inc. executive.

The company will be relocating to a number of locations after moving away from the Windy City. Notably, the corporate headquarters will move to the deep red state of Arkansas, where the company already has a large footprint. It stands to reason that Arkansas will be safer than Chicago, along with having a lower cost of living. Plus, there should be efficiencies with the business moving closer to its ongoing operations.

Another executive who pulled their company away from Chicago was Chris Kempczinski, who is the CEO of McDonald’s.

Kempczinski was much more direct and open in his criticism of the Democrat-run city, not mincing words in describing how the crime wave affected his thinking.

Ever since the 2020 death of George Floyd and the ensuing anti-cop rhetoric and protests, crime in Chicago has surged. In 2021, Chicago had 797 homicides, the most for the city in the last 25 years.

A small business owner in the city had this to say about his struggles during the crime surge.

“We would do thousands of jobs a year in the city, but as we got robbed more, my people operating rollers and paves got robbed, our equipment would get stolen in broad daylight and there would usually be a gun involved, and it got expensive and it got dangerous,” he said.

Source
Chicago Takes Another Hit As Massive Company Ditches It for Safer, Saner Red State is written by Will for trendingpolitics.com