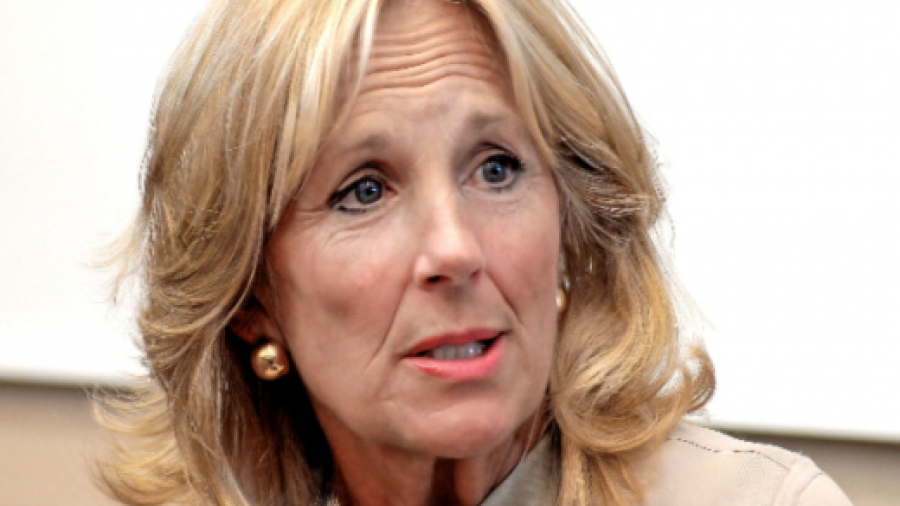 First Lady Jill Biden was seemingly not having it when a man yelled criticisms concerning her husband, President Joe Biden, and his performance in office, mostly the super high gas prices we’re seeing all over the nation.

The incident in question took place on Wednesday during a trip that Biden took with U.S. Secretary of Education Miguel to New Haven, Connecticut to look at learning programs.

“Your husband is the worst president we’ve ever had,” an unidentified man yelled out as Jill Biden walked into a building, according to a report from the Daily Wire.

“Thank you! Thank you for your support,” Biden yelled back, giving a wave and snarky smile. Cardona seemed to think Biden’s response to the heckler was quite comical in its own regard.

“You owe us gas money!” the man replied.

Biden once again responded with a smile and a, “Thank you.”

“Your husband is the worst President we ever had, you OWE us gas money”

Every American across the nation is feeling the pinch in the pocketbook from the ridiculously high gas prices right now, which is the fault of the Biden administration, and polling reveals that to be absolutely true.

“Earlier this month, for example, a CNN/SSRS poll found that a stunning 82% of Americans called the economy ‘poor,’” the report said.

Here’s a bit more information from The Daily Wire report:

Thirty-eight percent of respondents said that inflation and rising costs were the biggest economic issue for them, while 29% said gas and energy prices were the biggest issue. Another 18% said the cost of food was their biggest problem. The general issues of “personal financial concerns” and “income/employment” were the biggest concern for 12% and 10% of Americans, respectively. No other issue, in general or specific, was cited by more than 10% of respondents.

Though the first lady has been the object of breathless promotion in the mainstream media, Biden found herself having to issue an apology last week when she compared Hispanic people to tacos.

Biden, attending the “Latinx IncluXion Luncheon,” which was put on by UnidosUs, spoke to her audience telling them the diversity of the Hispanic community is “as distinct as the bodegas of the Bronx, as beautiful as the blossoms of Miami, and as unique as the breakfast tacos here in San Antonio, is your strength.”

Just imagine how swift and terrible the retribution of the mainstream media would be if a Republican had said something like that? Yikes. You’d hear report after report about how “racist” said individual is. Journalists would be digging through all of their social media posts trying to find something they could use to twist to add to their narrative.

And yet, none of that happened to Jill Biden. It’s almost like the media don’t actually believe the things they preach about equality, as they refuse to hold their own side accountable for things they say and do.

Hypocrisy has become a fine tradition among liberals. It’s okay to be racist, as long as you believe the other important parts from progressive ideology. You see? It’s all about which team you are on and whether or not you are in a position of power and influence.

Source
Check Out Snarky Retort Jill Biden Gives After Being Heckled On Gas Prices, Husband’s Performance is written by michael for trendingpolitics.com