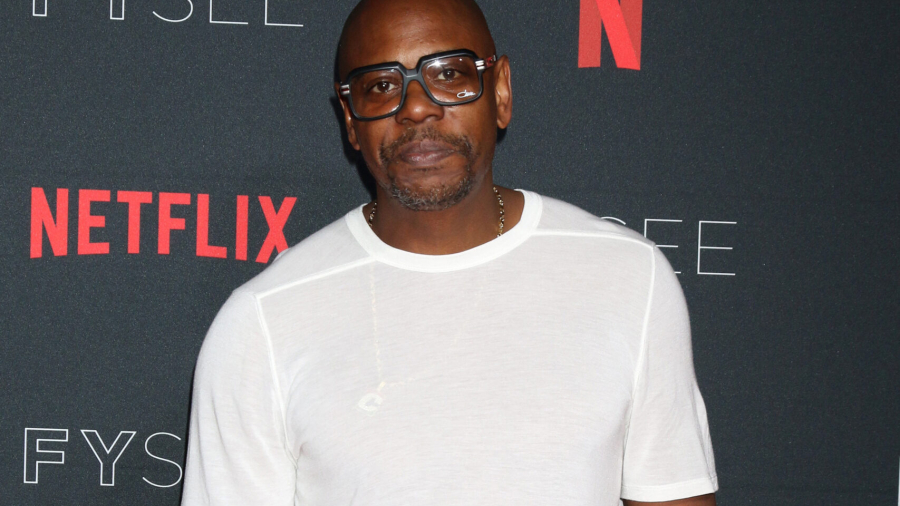 The lefties must have thought that they could defeat anyone after they managed to cancel even a highly popular, black (and thus more or less immune to charges of racism) comedian: Dave Chappelle. For reference, they got him canceled from a venue in which he had planned to perform because of a joke he made about transgenders.

Well, the left might have won that battle, but they didn’t keep him down and out for long, as Chappelle just appeared at a show his friend Kevin Hart was doing and tore into his critics, particularly those in the media, while also joking that he hopes his enemies get monkeypox.

And that appearance for the set was hilarious. Chappelle appeared as the unannounced opening act for the Chris Rock and Kevin Hark performance in New York City’s Madison Square Garden as the speakers blasted “Karma Police” by Radiohead and the letter “C” was displayed on the LED screens like Batman’s “bat signal” for the controversial, hilarious comedian.

Irreverent as ever, Rock appeared on stage smoking a cigarette and quickly took his enemies to task, joking that he had to sneak in as the crowd roared with applause.

The Hollywood Reporter did a review of his surprise set, noting that he told the crowd that “despite what you may have read about in the news, I’m okay, and I appreciate the support.” Then, joking about the criticism from the radical left that he’s received since the release of his Netflix special, The Closer, he said that he joked “gets it” but added that he, “already spent the money.” Hilarious.

Then, noting what Chappelle discussed during the set, The Hollywood Reporter notes:

During his 22-minute opening set, he joked about the surreal quality of getting attacked while onstage at the Hollywood Bowl in early May and yelled at his bodyguards for “wearing dress shoes on the job,” griping he would have been safer if they weren’t “sliding all over the place like at a bowling alley.”

He kvetched that Chris Rock was able to get the first joke in after the scuffle that night (“was that Will Smith?”) and then admitted his follow-up gag (“that was a trans man”) didn’t merely bomb, it “set up another two-day news cycle.”

But his real anger was directed at the press. Particularly, he ripped into the New York Post for referring to the attack as an “alleged” attack despite the fact that it was captured on video.

Further, according to the same outlet, “He also accused the paper of putting words in the man’s mouth, urging the man to say he was triggered by Chappelle’s material. The comic claimed he knew the lines were fed, because he spoke to the man backstage for himself and “all he could say was”—at which point Chappelle made “cuckoo” noises.”

Then, on the topic of his attacker, Chappelle joked that he hopes he gets monkeypox, though he clarified that he just wants the case to be unpleasant, not deadly, saying “not that he should die, but his ass should itch for four to six weeks.”

Hilarious stuff and it’s great seeing a cancellation fail, floundering on the rocks of a target’s popularity and ability to mock his attackers and enemies so well.

Source
Chapelle Appears and Takes a Wrecking Ball to Critics after Being “Canceled” is written by Will for trendingpolitics.com