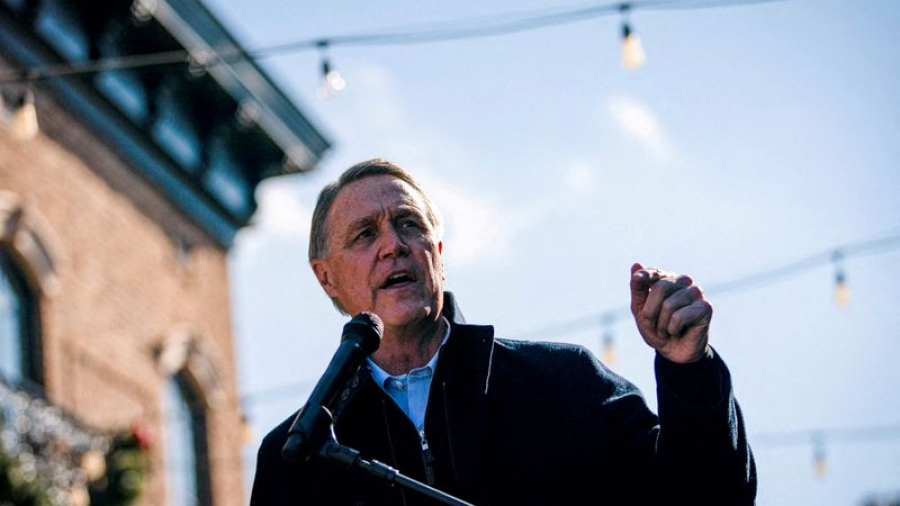 David Perdue, a Republican candidate for Georgia governor, on Thursday called for the establishment of a police unit to investigate voter fraud, underscoring his campaign strategy of promoting wrongdoing in the 2020 election.

Perdue, who has been endorsed by former President Donald Trump in his bid to unseat fellow Republican Brian Kemp, said that he was proposing an “Election Law Enforcement Division” to investigate and enforce election laws in Georgia.

“This is about transparency and accountability. Georgians deserve confidence that only legal votes will be counted, and that anyone who tries to interfere with our elections will be arrested and prosecuted,” Perdue wrote on Twitter.

With the proposal, Perdue is following in the footsteps of Florida Governor Ron DeSantis, who earlier this week asked state lawmakers for nearly $6 million to create a dedicated police force to investigate voter fraud.

A spokesman for Kemp, who has become a target of Trump’s ire because he refused to help overturn Biden’s 2020 victory in the battleground state, said in a statement that the governor’s office lacks the authority to investigate election crimes.

“By proposing this unit, Perdue is finally admitting what state law and the Georgia constitution have made abundantly clear: the Governor has no legal authority regarding the oversight, investigation, or administration of elections in our state,” Cody Hall said in an emailed statement.

A spokesman for Brad Raffensperger, the state’s top election official, did not immediately respond to a request for comment.

Last month, Butch Miller, the No. 2 Republican in Georgia’s state senate and a candidate for lieutenant governor in 2022, introduced a bill to eliminate absentee ballot drop boxes, which say high use in 2020 due to the coronavirus pandemic.

Kemp is battling Perdue in a Republican primary that will determine who will campaign against Stacey Abrams, who is widely expected to be the Democratic nominee for governor.

The Abrams campaign did not immediately respond to a request for comment on Perdue’s proposal.