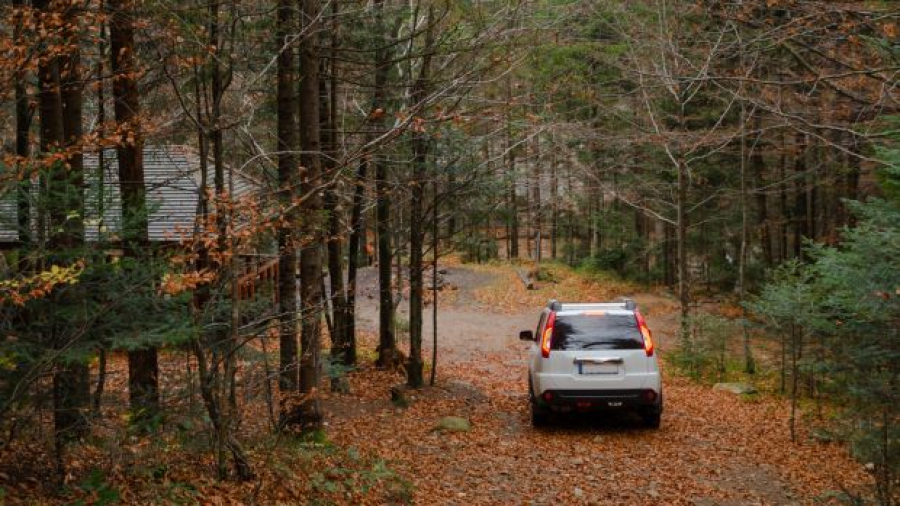 Bugging Out Over A Long Distance

Bugging out over a long distance takes careful planning to be successful. There are several factors to pay attention to. First, there are the unexpected complications that you are likely to come across even if you make it on the road. Going on a long-distance bug-out without a plan & specific target is highly likely to waste resources and time, which are incredibly valuable when SHTF.

Even with careful planning, things may still go wrong when escaping long plains. Let’s see some tips that will help you bug out successfully regardless of how far you’re moving. Here we go.

6 Tips For Bugging Out Over A Long Distance

Your Route Understanding Should Be Comprehensive

Bugging out over long distances demands complete knowledge of your route, as this is what will aid your preparations. Before leaving home, you should know all unadvisable routes, such as chokepoints & areas where unrest is likely to be rampant. You should map out alternative routes to all potentially harmful roads, so you can quickly find an escape when there’s no way. Without saying, you should know that your fuel supply is enough to last the journey. In fact, go with even more fuel than you need.

Also, I suggest having backup BOVs to use when the former breaks down. Note that you have to make all provisions for this backup vehicle as well. Mark out all terrains that are difficult to navigate and prepare ahead for them.

To bug out an exhaustive distance, your protection & defense, family-inclusive, should be a top priority, as you’re likely to run into criminals. Therefore, carry your guns & ammunitions with you. However, they have to be concealed, such that you can access them easily.

As you bug out, your car should look as casual as that of the ordinary American family traveling for the holidays. If you’re found out, there are high chances that some persons will try to take some of your supplies by force, and this is when your rifle comes in.

For your protection, don’t carry items that don’t have to be. There are many easily accessible points in your car where you can keep your loaded gun. You can also hide foldable firearms in teddy bears to ensure that no one thinks that your kids are armed.

Conflicts Should Be Avoided As Much As Possible

Regardless of the firearms you’re carrying (unless you’re transporting a batch of guns for the military), it will be pretty difficult to win a gun battle on hostile grounds. You’ll find yourself in several territories as your journey continues, and some of these places may have unfriendly people. Therefore, you should be at your diplomatic best as you course the unfamiliar terrains. Keep a calm & stable mindset, but do not be too confident or condescending.

If there’s the need for any conversation, keep exchanges short and polite, without divulging anything significant. The only reason you should engage in conflicts is when you’re out of choices. So, rather than fan the embers of a fight, try to de-escalate things. It will save everyone the trouble.

Take Alternative Routes When You Come Across A Roadblock

Any roadblock is enough to sound a warning, notwithstanding who set it. You don’t have to care if legal authorities or mere natives put it up. There’s always a reason for barricades. I’ll advise that you never try to drive through one except you’re willing to be robbed. Sometimes, the block may have been set for your safety, as the route may have become dangerous and unpliable.

Avoid thinking that a barricade may be an ordinary checkpoint, but why take the risk? I would never drive into a route that’s likely to be dangerous. There’s always another way.

Work Out Your Fuel Needs

Gas is perhaps more important than your food on a long-distance journey. It is highly necessary to have a more than adequate supply on your travel. Because you may run out of gas in an area where it is impossible to get. So, fill your tank and carry 1 or 2 gallons as well.

In the absence of this gas supply at the beginning of your journey, you should have a motorbike for backup, so you can always ride to get fuel. If you don’t have this, you may have to walk to get fuel, but there’s no telling how long it will take you. With your kids in the car, this is highly risky because it’s unadvisable to leave them unguarded somewhere.

Always, the best choice is to have surplus fuel and refill before it exhausts in the journey.

Prioritize Your Safety Over Supplies

If you ever get in a situation where you have to forsake supplies for health, don’t hesitate for a second. You may have firearms, but before getting into any fray, you need to be sure it’s a battle you can win. Sometimes, you may not even be under any attack.

Let’s make an instance saying that your fuel runs out, and you have to ride away to get some gallons. First, I advise that you stop driving your car before it turns off from lack of fuel. This will give you the liberty to pack it in a spot where it can be concealed.

When you have to pack your SUV and go for fuel, do so with your health in mind. You’ll definitely be carrying your firearm, but nothing unnecessary should be included. Attempting to carry too heavy loads while you trek or cycle to get fuel can lead to a breakdown, which is another problem. In any scenario, if you need to let some foods go, do. You’re a prepper; you can survive anywhere. Don’t put the lives of your family at risk due to supplies. Getting to your destination safely beats every other priority.

Takeaways From Bugging Out Over A Long Distance

Bugging out over a long distance is rarely as straightforward as planned. Yet, it may be the only choice for you. Some catastrophes may reach so wide that you can’t even bug out to neighboring cities. Sometimes, a far location is where you’ve planned to move to. Whatever the situation is, the focus should be on completing the journey without harming you or others.