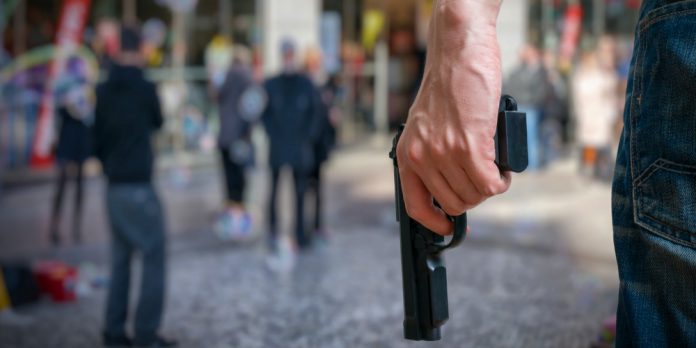 According to police, the 18-year-old man accused of storming a Buffalo, New York, supermarket and killing 10 people and injuring three others planned to continue his bloody rampage down the street before being caught.

Payton Gendron, the suspect, livestreamed the moment he opened fire in the parking lot of Tops Friendly Market around 2:30 p.m. and continued shooting inside the store while wearing tactical gear, according to police. He was eventually apprehended on the spot.

The attack was deemed a hate crime by police because 11 of the 13 people shot were black — and there most likely would have been more victims if he hadn’t been stopped.

Before the shooting, the suspect “did some reconnaissance on the area and in the store,” police said at a press conference on Sunday.

NEW: In the Buffalo shooter’s manifesto: “I will be using firearms… for this attack. Why? Because they work. There are very few weapons that are easier to use, accessible, and effective at killing than firearms. That's right, I used the dreaded military grade assault rifle-15.”

The suspect chose Buffalo because it had the highest population of Black people in the area, the document stated.

According to a senior law enforcement official, he was also investigated by New York State Police last year for making a threatening statement in June about wanting to carry out a shooting. The suspect was a minor at the time. He was taken to a hospital for a mental health evaluation, but no charges were filed against him.

The supermarket attack was motivated by hatred. “The evidence we uncovered so far makes no mistake that this is an absolute racist hate crime,” Gramaglia said. “It will be prosecuted as a hate crime. This is someone who has hate in their heart, soul and mind.”

Officials said the victims were six women and four men ranging in age from 32 to 86. Among those killed were a community leader and a retired Buffalo police officer.

According to a senior law enforcement official, the assault-style rifle used in the attack was legally purchased in New York. A shotgun and a hunting rifle were also discovered at the scene.

The Erie County District Attorney’s Office said Gendron, of Conklin, New York, was arraigned Saturday evening in Buffalo City Court on one count of first-degree murder. He was remanded without bail and a felony hearing was set for Thursday morning.

Sheriff John Garcia of Erie County said the suspect was on suicide watch and would be given mental health services as needed.

The FBI’s Buffalo field office said on Twitter that it was working with local, state, and federal authorities to investigate the deadly attack.

Ted Cruz Might Be Running For President With New Ad

‘Russia Will Pay a Heavy Price’