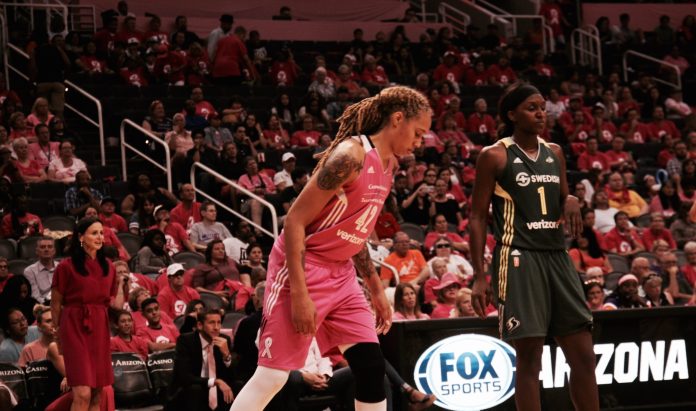 Brittney Griner is the America-hating athlete that, during the unrest following George Floyd’s death, refused to appear on the WNBA court for the national anthem. No one watches the WNBA, so it wasn’t that effective of a protest, but still it showed her feelings toward her homeland, one which she evidently despises, or at least despised.

Well, know she’s desperately relying on that home country she despises to save her. Having gotten caught tyring to smuggle drugs into Russia and being locked up by their justice system, one that is the opposite of the soft on crime American system, Griner and her associates are begging for the US to step in and save her from the Russian prison system.

The most recent update on that is that her team, the Mercury, met with State Department officials and others in an attempt to lobby for her release, with Fox News reporting that:

The State Department confirmed the meeting, which also involved officials from its office that advocates for hostages and wrongfully detained Americans. The Biden administration labeled Griner’s case a wrongful detention last month.

For the record, Griner’s detention was obviously not a “wrongful detention”, whatever Slow Joe and his allies claim while dealing with the Russians. She was caught smuggling a form of marijuana into the Russian Federation, a crime under its laws, and is being duly punished for that crime. That’s what happens when a nation has the fortitude and confidence to enforce its laws.

In any case, two of Griner’s teammates commented on the meeting with the State Department officials, saying:

“We’re here to do whatever we can to amplify and keep BG at the forefront, which is more important than any basketball game and anything else that’s going on in our lives. We want BG to come home as soon as possible. It’s number one on our list.

Again, she wasn’t wrongfully detained; she was smuggling vape cartridges containing a marijuana-derived oil into Moscow. That’s a crime and the Russian Federation is punishing her for it.

Regardless, though the State Department seems to want to help, it seems unlikely that the Russians would give up Griner without a major concession from the US, particularly given the frosty relations between the two countries over Russia’s recent offensive military operations.

Source
Brittney Griner’s Team Get’s Desperate to Save America-Hating Athlete is written by Will for trendingpolitics.com

Is Cryptocurrency The Right Investment For Preppers?