Billionaire Bill Gates Snaps Up Massive Amount Of Farmland In ND, But Then The Governor Steps In… 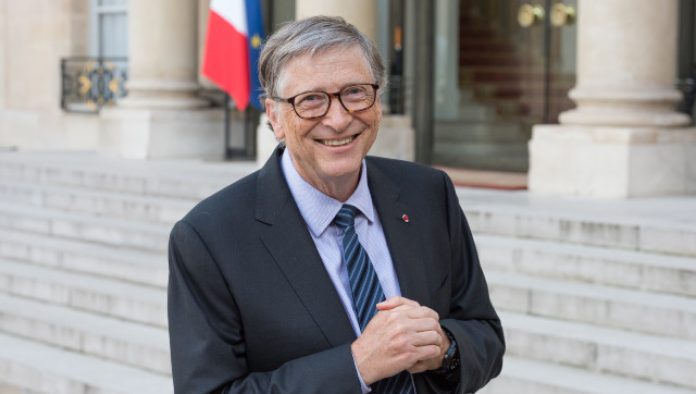 Billionaire Bill Gates took it upon himself recently to purchase a rather large amount of farmland in the state of North Dakota, but the office of the Attorney General of the state sent out a letter on Tuesday inquiring the Red River Trust, which has ties to Gates, to provide proof that the use of the land does not violate Corporate Farming Laws.

The trust has acquired a total of six parcels of land located in Pembina County.

A lot of folks have been rather concerned about Gates buying up so much farmland, wondering what he is planning to use it for. Given his proclivity to push theories like climate change, overpopulation, and others, along with his enthusiasm for forcing folks to take the COVID vaccine, it’s not hard to understand why his recent purchases have some individuals worried.

“I’ve gotten a big earful on this from clear across the state, it’s not even from that neighborhood,” Agricultural Commissioner Doug Goehring, went on to say according to Valley News Live. “Those people are upset, but there are others that are just livid about this.”

The Daily Caller reported that the letter stipulated that under law in the state of North Dakota, there are “certain limitations on the ability of trusts to own farmland or ranchland.”

Bill Gates acquired six parcels of land in Pembina County. Tuesday, the office of the Attorney General sent out a letter asking the Red River Trust to confirm how the company plans to use the land and if it meets any of the exceptions to the North Dakota Corporate Farming Laws. pic.twitter.com/MGGFKV16mm

“The Corporate or Limited Liability Company Farming Law has certain exceptions, such as permitting registered family farms or allowing the use of the land for business purposes,” the letter went on to say.

“According to the letter, corporations that are in violations of this law will have a year to divest themselves of the land and are subject to a civil fine of $100,000,” the Daily Caller reported.

Bill Gates, as of January 2021, is the largest owner of farmland in the United States, owning a whopping 242,000 acres across 18 different states, according to a report published by the Daily Mail.

All of this does make you wonder why Gates is so interested in farmland, doesn’t it?

I, for one, do not feel comfortable with a guy of Gates’ reputation possessing this much of our nation’s farmland. We all know he wants to try and find a way to make people eat fake meat, you know, to save the planet or some such nonsense.

Just the thought of pretending that something that’s been synthesized to be like meat, but it’s really just plants or something worse, is enough to make me want to chuck up my lunch.

What this ultimately leads to is the government having more direct control over the food supply, all in the name of health and safety, of course. Although when you actually examine their motives, you’ll quickly find it’s about the same things it’s always about:

Source
Billionaire Bill Gates Snaps Up Massive Amount Of Farmland In ND, But Then The Governor Steps In… is written by michael for trendingpolitics.com

Inflation Isn’t Transitory, Biden And The Fed Are Finally Waking Up...

Prepping Is NOT A Waste Of Time. Here’s Why.