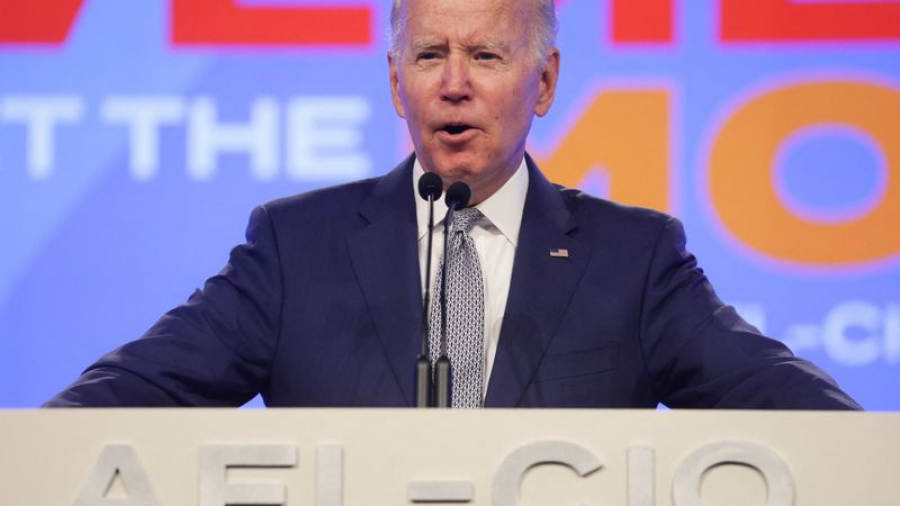 Joe Biden’s top lawyer, Dana Remus, is departing and will be replaced by her deputy next month, the White House said on Wednesday, the latest staff change for the Democratic president five months before the midterm election.

Remus, part of the team that guided the historic nomination of Supreme Court Justice Ketanji Brown Jackson, will be replaced by her deputy, Stuart Delery, the White House said in a statement.

“I am immensely grateful for the service of Dana Remus, who has been an invaluable member of my senior staff for the past 3 years and helped reinstate a culture of adherence to the rule of law. I wish her the best as she moves forward,” Biden said.

On Wednesday, the White House also officially announced former Atlanta Mayor Keisha Lance Bottoms as a senior White House aide ahead of the midterm congressional elections in November, replacing Cedric Richmond, who left in April to work at the Democratic National Committee.

“Bottoms understands that democracy is about making government work for working families, for the people who are the backbone of this country,” Biden said in the statement, noting her integrity and work leading the major Georgia city during the COVID-19 pandemic.

A White House official on Tuesday told reporters that Bottoms has said she would serve as director of the White House Office of Public Engagement through the Nov. 8 election, in which Democrats are hoping to keep their hold on both chambers of Congress even as Republicans hope to take over.

Biden had touted upcoming contests as a crucial test for democracy following the Jan. 6, 2021 violent attack on the U.S. Capitol but has seen his approval ratings wane as inflation and rising gasoline prices hit Americans’ wallets.

Remus, as the White House’s top lawyer, penned the authorization to the National Archives after Biden allowed congressional investigators probing the deadly attack to have access to critical records.