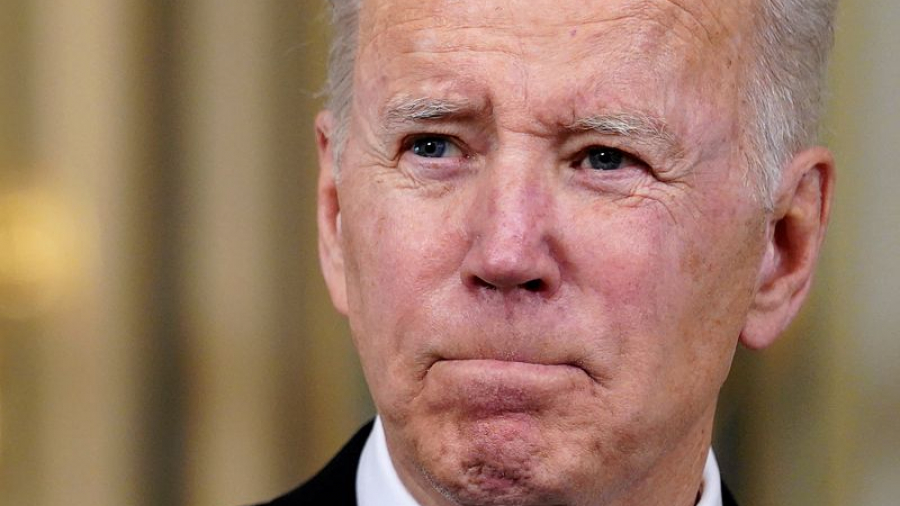 Joe Biden, his aides and Western allies are scrambling to explain his remark that Russian leader Vladimir Putin could not remain in power because they do not want to escalate conflict between Washington and Moscow, officials said.

The nine-word line, at the end of a 27-minute speech in Warsaw on Saturday, has distracted from what some observers regard as the best piece of rhetoric of Biden’s presidency. It made foreign allies uneasy at the end of an otherwise successful trip aimed at uniting allies against Russia, and has raised fresh questions about the United States’ long-term strategy for its former Cold War foe.

“For God’s sake, this man cannot remain in power,” Biden said in the Polish capital after condemning Putin’s month-long war in Ukraine at length.

A White House official told Reuters the comment about Putin was not in the scripted speech. Asked whether the sentiment reflected Biden’s true feelings, the official didn’t answer directly but noted that the U.S. president has not shied away from calling his Russian counterpart a “butcher” and “war criminal.”

In his political career, Biden has made some notable verbal missteps during freewheeling sessions with reporters or other spontaneous events. On his recent European trip, Biden said the United States would respond “in kind” if Russia used chemical weapons in Ukraine and suggested that U.S. troops would go to the frontlines, neither of which represent U.S. policy.

But Saturday’s remark wasn’t one of those situations – he was speaking to an audience from a teleprompter. In the minutes before he called for Putin’s departure from power, the crowd of roughly 1,000 people was clearly feeding off Biden’s remarks, clapping, waiving flags and even starting a chant.

Biden’s emotional declaration gave voice to the frustration that many Western countries – and many U.S. voters – feel about the invasion of Ukraine, one ally to the Democratic president said.

It came, officials explained, after a day that included Biden meeting with Ukrainian refugees uprooted by war and government officials in Ukraine trying to respond to Russian bombing campaigns that have ravaged cities and, according to the United Nations human rights office, killed at least 1,119 civilians.

Nonetheless, the remark echoes long-standing accusations from Russia and other nations that the United States seeks an imperialistic role in world conflicts, and escalates tensions as the West tries to manage an increasingly unpredictable Putin.

The clean-up effort was swift and widespread, reflecting a strong desire inside the administration to avoid escalation with Russia, even it if dinged Biden’s reputation.

The U.S. secretary of state, White House press office, U.S. ambassador to NATO, and German chancellor all shot the idea of regime change down within a day, capped by Biden himself who bluntly said “No,” when asked by reporters in Washington if he is calling for regime change.

On Monday, Biden explained to reporters at the White House that his remark reflected his own “moral outrage” about Putin’s actions, rather than any policy change. Still he added, if the Russian leader “continues on the course that he’s on, he’s going to become a pariah worldwide and who knows what he becomes at home in terms of support.”

Officials in the Biden administration have said in recent weeks that they have grown increasingly concerned about Putin’s decision-making and his country’s more casual invocation of the threat of nuclear weapons, a posture that made Biden’s statement even more surprising.

WHAT IS THE END GAME?

In recent weeks, the Biden administration has distanced itself from suggestions, including by U.S. Senator Lindsey Graham, that the solution to the crisis in Ukraine is Putin’s forcible removal.

But it has described actions against Russian companies, banks, government officials and oligarchs as directly aimed at Putin, an attempt to alienate him from supporters domestically and on the foreign stage.

Putin is now more “isolated from the world than he has ever been,” Biden said during his State of the Union address to Congress on March 1; a week later he announced plans to “squeeze” Putin further.

Despite engaging directly with Putin, Biden was unsuccessful in coaxing him into not invading Ukraine in the first place. Since the invasion began on Feb. 24, Biden has attempted to speak directly to the Russians instead. “You, the Russian people, are not our enemy,” the U.S. president said in Warsaw.

Biden officials have not answered questions about what “end game” scenarios the White House envisions around the Ukraine invasion, or how they think Putin might deescalate the conflict.

Last week, one of Putin’s closest allies, Dmitry Medvedev, warned the United States that the Russian president’s departure from power could create an unstable leadership in Moscow “with a maximum number of nuclear weapons aimed at targets in the United States and Europe.”

Asked about Biden’s comment in Warsaw, which received little coverage on Russian state television, Kremlin spokesman Dmitry Peskov said: “This is a statement that is certainly alarming.”

Andrew Lohsen, an expert on the conflict and a fellow at the Center for Strategic and International Studies, a think tank, warned: “This is going to be part and parcel of Russian disinformation campaigns to malign the motivations of the United States.”

(Reporting by Trevor Hunnicutt in Washington and Jarrett Renshaw in Warsaw; Editing by Heather Timmons and Paul Simao)