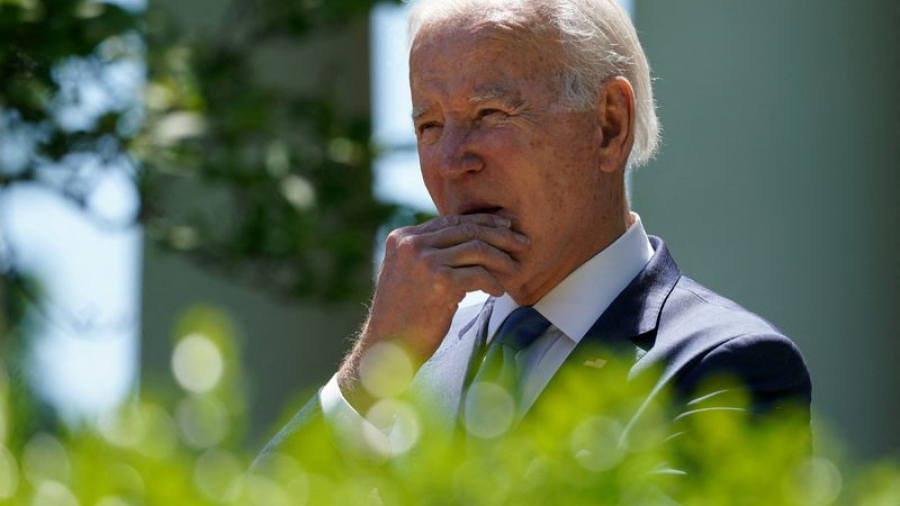 Joe Biden will use a speech on inflation on Tuesday as an opportunity to turn his Democratic Party’s top political liability ahead of the midterm elections into an argument against Republicans.

As Americans worry about a spike in inflation that has pushed consumer prices more than 8% higher, the president will highlight a number of his administration’s steps to cut prices.

He is not expected to announce new policy measures in the speech, which comes a day before new consumer price data is expected to show inflation remained elevated through April.

But he is expected to sharpen his attacks on Republicans six months before the Nov. 8 midterm elections, where Democrats want to retain narrow majorities in the Senate and House of Representatives.

“Republicans love to use inflation as a political talking point, but does anyone have a clue what their plan is to bring down prices?” said a White House official who asked not to be named.

Demand stimulated by government spending and savings accumulated during the COVID-19 pandemic have been no match for creaky supply chains and labor shortages, prompting higher inflation globally.

That has created a political problem as American consumers stare down higher grocery and gas bills exacerbated by measures blocking Russian oil and gas after its invasion of Ukraine, actions that Moscow calls “a special operation.”

Fewer than half of U.S. adults – 44% – approve of Biden’s handling of the presidency and they rate the economy as the country’s most important problem, according to a Reuters/Ipsos poll last week.

Republicans are working to capitalize on the issue in the midterms, promoting steps including loosening regulations on oil and gas producers as well as cutting some taxes and government spending. But the party has not endorsed any policy document outlining the steps they would take on inflation.

“Voters know that Republican-led states are leading in economic recovery and job creation, and will vote for Republicans and our proven agenda come November,” said Emma Vaughn, a spokesperson for the Republican National Committee.

Source
Biden’s new plan… Blast Republicans as “having no plan” on inflation is written by Wolf Daily for wolfdaily.com