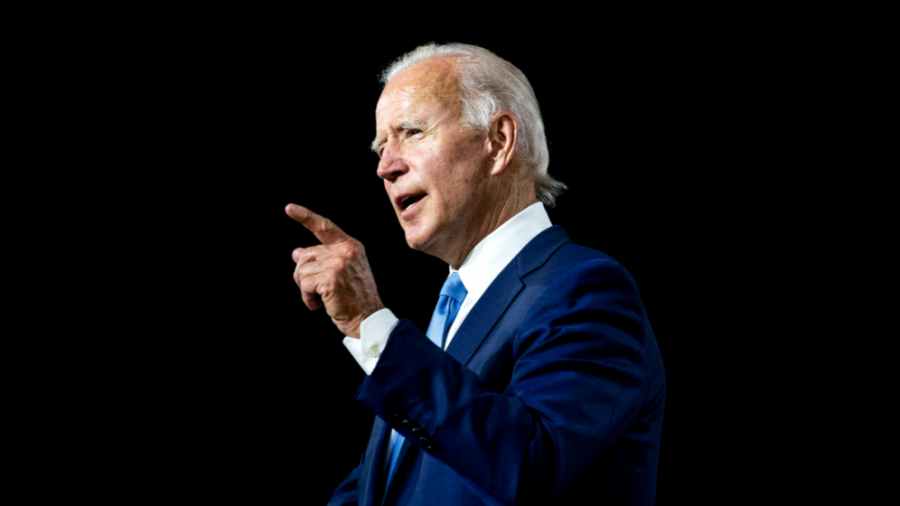 Yesterday, Pres. Joe Biden was in Iowa, touting ethanol. He was in the state, but not because the president worries about its caucuses, which will likely lose its first-in-the-nation status in the first place due to the 2020 fiasco. Instead, he is trying to tout allowing ethanol mixtures for the summer in an effort to control gas prices, even though air pollution concerns regarding the gas exists.

After Biden finished his speech, he turned around and tried to shake hands with thin air and then wandered around looking confused pic.twitter.com/ZN00TLdUUo

However, the same day began with a rocky start as the government revealed that last month’s inflation rate was at 8.5S%, the highest its been in since 1981. Apart from being alarmingly high, this also shows that the country’s inflation rate is coming closer to having double digits. Also, more than half of that increase is a result of gas prices, even though they’ve slightly gone down.

In terms of politics, it’s difficult to think about positive things that are happening to the Biden administration recently.

Biden’s allies say that journalists fail to give him credit for the U.S. economy’s notable comeback. His administration created millions of jobs, with unemployment at 3.6%, the lowest level it’s been in decades. However, a lot of people have already taken this for granted. Meanwhile, families feel its negative effects in public spaces, such as supermarkets and gas stations, and many of them feel frustrated, blaming the people in charge. As seen in the administrations of former presidents, they can’t convince people who doubt the state of a fragile economy, no matter how much messaging they do.

For Democrats who still believe President Biden's policies have not caused record inflation, please look at this chart. The dotted line is the day Biden was inaugurated. pic.twitter.com/gkJhwqhbzj

According to a Politico poll, over two-thirds of respondents blame the sharp rise in gas prices on Russian Pres. Vladimir Putin and the oil companies. However, 51% of them also blamed Biden.

Surprisingly, the U.S. president failed to get a bump from what even a few Republicans say is his steady global leadership with regard to the country’s response to the situation in Ukraine. However, while Ukrainians have managed to drive out Russians in Kyiv, the atrocities Putin has allowed and even pushed for are horrifying, and some people think that the White House has failed to do enough. After all, domestic concerns are more important than foreign policy if U.S. troops are not involved.

On the other hand, the surge in Omicron cases neutralized Biden’s initial success with the government’s vaccine program. Even though new COVID-19 cases have significantly gone down, the number of cases of a new variant has silently gone up by 10%. And the president doesn’t need to be told that this is happening, since his attorney general, press secretary, commerce secretary, and even fellow Democrat Nancy Pelosi have tested positive, along with several notable Congress members.

Apart from this is the mess at the Southern Border. The Biden administration is planning to lift a Trump-era policy on the border, which may cause the current influx of migrants into something exponentially bigger. Several experts have stated that federal agents will become overwhelmed.

This move is seen by many as a big loser for the Democratic Party when it comes to politics. It’s the reason why some Democrats, such as Kyrsten Sinema, are joining Republicans in proposing a bill that would block the lifting of the said policy.

Currently, the prospects of the Democratic party heading into the midterms are bleak. The crises the administration is facing – along with Biden’s constantly low approval ratings – might make it even worse.

One small factor may be that the president can’t sustain a narrative well as he is easily sidetracked by another thing, with his rant ending up becoming fruitless. Also, he’s caught between people whose views align more with Bernie Sanders and with the moderate types, making him lose control over his own party.

In fact, in a recent campaign event, it seems evident that the number of his political allies has been going down. On Thursday, during a campaign event that happened in Georgetown, South Carolina, the U.S. president was seen literally shaking hands with thin air.

After this, Biden seemingly wandered away while looking puzzled about his destination. It’s also quite worrisome that the members of the audience behind him seem to be quite apathetic about being on stage with the president.

A lot can change in politics in just a few months. However, given the circumstances, it’s no secret that the Democratic Party is quite worried about the November elections.