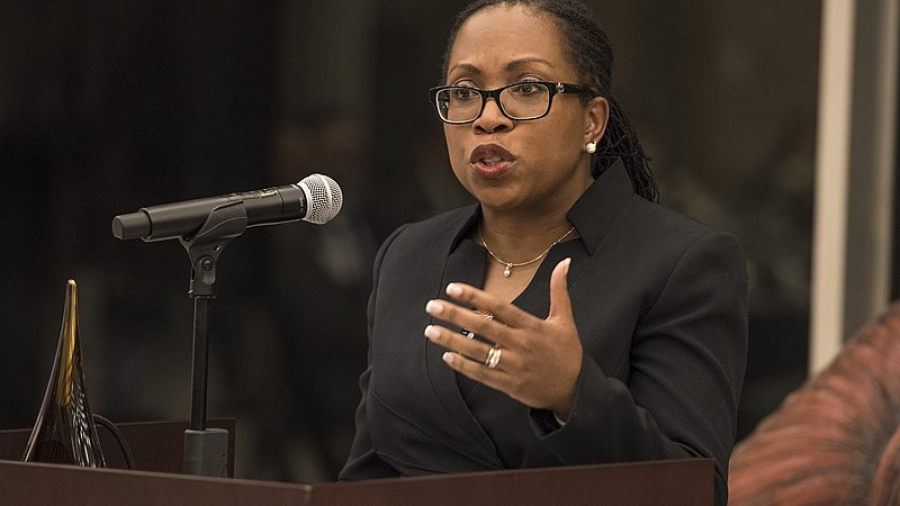 Sen. @MarshaBlackburn: "Can you provide a definition for the word 'woman'?"

Judge Jackson: "Can I provide a definition? No. I can't." pic.twitter.com/7sxWCvM2xB

Jackson has been known to be radical, with many saying her reform list is anti-God and anti-America. She reportedly believes that the country was founded on racism and described the Constitution as a flawed living document. She also thinks white systemic racism exists, is a defender of late-term abortions, and wants to limit the voices of pro-life proponents.

Apart from having these radical views, Judge Jackson is the first Supreme Court nominee to be chosen primarily due to her race and gender. Biden previously declared that his first SCOTUS nominee would need to be a black woman, effectively rejecting 94% of the country’s population, including those who are more qualified.

Her views on several issues were revealed thanks to a recently discovered lecture she delivered as a sitting federal judge to the University of Michigan Law School back in 2020.

The confirmation at the U.S Senate has always served more as a formality instead of the senators actually giving true advice and their consent.

Given this, Jackson’s questionable beliefs have escaped a close probe in similar confirmations. Hopefully, when it comes to the Supreme Court, the nominees will be scrutinized more carefully, and if they are deemed unit to serve, they are denied their spot in the country’s highest court.

As a Supreme Court Justice, Judge Jackson would likely hear several pending cases connected to racial discrimination. Because of this, it is crucial to scrutinize and investigate her views and beliefs regarding such topics.

The lecture she delivered in Michigan tells the public a lot. Her speech, titled, “Black Women Leaders in the Civil Rights Movement Era and Beyond,” was delivered during Martin Luther King Jr. Day. In it, she states that black women usually have led the fight for equality in the U.S.

While this, in itself, is not questionable, what’s alarming is the fact that Jacson cited Critical Race Theory, which was founded by Derrick Bell, as her inspiration. The theory’s basic thesis states that the U.S. is founded on racism and that it is found in every institution because the Constitution was drafted during a period when black people could be enslaved.

According to Bell, only through the adoption of socioeconomic rights, which is the path the state could use to radically distribute private wealth, could the U.S. be rid of systemic racism.

Jackson also cited the “1619 Project” by the New York Times, which had an opening essay written by Nikole Hannah-Jones falsely alleging that the American Revolution happened to preserve slavery, therefore making it the foundation of America.

Additionally, Judge Jackson has mentioned that her “favorite civil rights photograph of modern times” is the one showing police in Baton Rouge, Louisiana arresting a BLM protester in 2016, during a march protesting and expressing outrage against the police shootings of Alton Sterling and Philando Castile.

What the rioters missed during these incidents were that the two men were reportedly armed when the shootings happened. Nevertheless, the BLM movement surged in popularity, causing devastation in multiple cities nationwide, thanks to their riots.

In several tweets that discussed Jackson’s rulings, talks, interviews, and written material, the senator noted the “alarming pattern when it comes to Judge Jackson’s treatment of sex offenders, especially those preying on children.”

Judge Jackson’s beliefs seem to represent what’s wrong with far-left activism. If she becomes part of the Supreme Court, she will likely show her radical beliefs for many years from the bench.