Biden Wants to Send DOJ after Trump for Jan. 6th 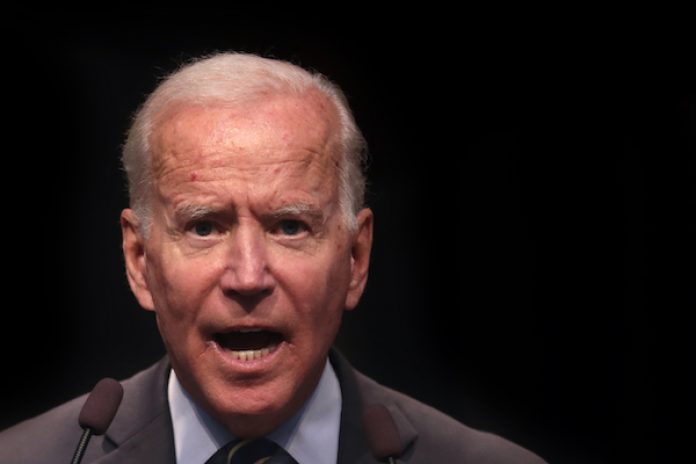 Given that America is governed by representatives of the people rather than ruled by fickle emperors or generalissimos, there are two important traditions that come with the transfer of power from one party to another: 1) it is peaceful, and 2) prosecution of one’s political enemies simply for being political enemies is a no-no.

Obama and Clinton first weakened those traditions in the waning days of the Obama Administration, turning the Deep State apparatus on Trump to create the Russia hoax. The transfer of power was peaceful, sure, but the intelligence apparatus was weaponized against Trump and trying to frame Teflon Don for anything that the left found even remotely believable.

Well, now Slow Joe is considering going all-in on using the DOJ to persecute Trump because of the unfortunate trespass on January 6th.

The New York Times reported as much in a Saturday article about Biden’s intentions to prosecute Trump for January 6th, saying:

“As recently as late last year, Mr. Biden confided to his inner circle that he believed former President Donald J. Trump was a threat to democracy and should be prosecuted, according to two people familiar with his comments. And while the president has never communicated his frustrations directly to Mr. Garland, he has said privately that he wanted Mr. Garland to act less like a ponderous judge and more like a prosecutor who is willing to take decisive action over the events of Jan. 6.”

In other words, if the NYT report is to be believed, Biden wants Garland to act like NKVD/KGB chief Lavrentiy Beria, who supposedly told Stalin “Show me the man and I’ll show you the crime.”

Garland would need to get creative with finding the crime, as it’s not clear what exactly Trump could be prosecuted for in a non-Stalinist judicial system. The Washington Examiner, reporting on that, notes that:

Just what Trump would be prosecuted for is unclear. However, the House committee investigating the Capitol riot says its investigators have reason to believe Trump and his associates broke multiple laws in efforts to overturn the 2020 election. In a recent court filing for John Eastman, a Trump-linked conservative lawyer, the panel said it has evidence to show Trump may have engaged in a criminal conspiracy to defraud the United States and illegally impede Congress’s counting of electoral votes.

Nevertheless, the House committee can only make a criminal referral, leaving the onus on the Justice Department.

We’ll see what happens. So far, AG Garland has mostly stayed away from Biden’s calls to prosecute Trump for something, distancing the DOJ from the White House back in October of 2021 when Biden called for criminal prosecutions of those who resisted subpoenas issued in connection with Jan. 6th and telling the Washington Examiner “The Department of Justice will make its own independent decisions in all prosecutions based solely on the facts and the law. Period. Full stop.”

So, while Biden might want to pressure Garland into going after Trump and Trump associates, right now it looks like the DOJ might resist doing so.

Source
Biden Wants to Send DOJ after Trump for Jan. 6th is written by Will for trendingpolitics.com

23 Survival Tools You Can Make From Paracord

Prepping Is NOT A Waste Of Time. Here’s Why.