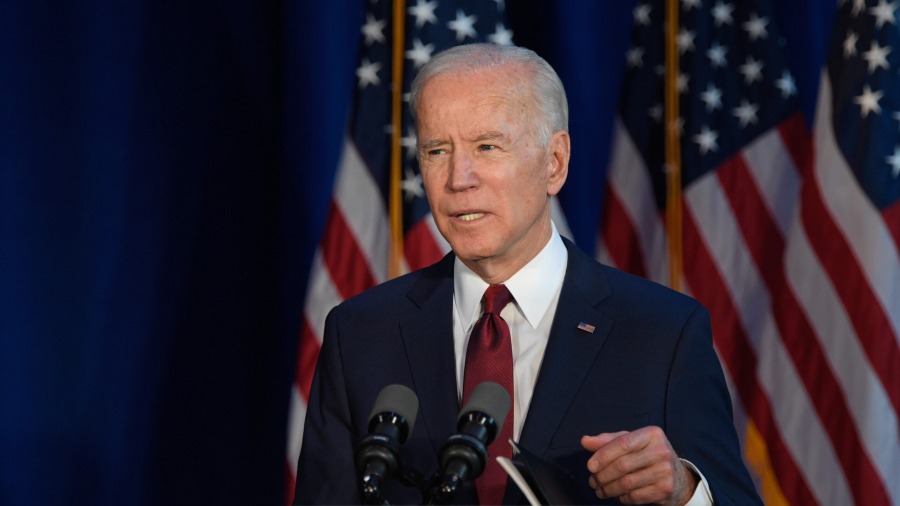 President Biden appeared for a presser in Spain, where he is visiting for this year’s G7 conference, and, during the press event, ripped into the Supreme Court on the foreign stage, even going so far as to call its recent decisions “destabilizing.”

Biden’s vicious attack on the court, a cornerstone of the American system, while in a foreign land came in response to a question about America’s current direction from question from the Associated Press White House correspondent, Darlene Superville, who asked:

America is back was your motto at the first NATO summit last year. And you’ve come to this summit here and the one in Germany after the US Supreme Court overturned constitutional protections for abortion. After the shootings in Buffalo and Texas, at a time of record inflation. And as new polling this week shows that 85% of the U.S. public thinks the country is going in the wrong direction. How do you explain this to those people who feel the country is going in the wrong direction, including some of the leaders you’ve been meeting with this week, who think that when you put all of this together, it amounts to an America that is going backward?

That’s a conflation of issues, as some Americans feel America is headed in the wrong direction because of the Biden disasters, namely inflation, gas prices, and chaos abroad, while others brush off those issues and are far more concerned with the recent SCOTUS decisions on gun control and abortion.

Regardless, Biden used the question to both defend the current state of things in America, painting a far prettier picture of the current economic and geopolitical situation than many would, before going on to attack the Supreme Court.

He began by rejecting the idea that America is going backwards and by using his dismissal of that idea to paint a rosy picture of the American economic situation, saying:

They do not think that. You haven’t found one person, one world leader to say America is going backwards. America is better positioned to lead the world than we ever have been. We have the strongest economy in the world. Our inflation rates are lower than other nations in the world.

Ignored in the “lower than other nations” remark is that they’re still quite high, with the CPI jumping over 8%, the highest in over four decades. Slightly less bad governance than terribly governed states does not good governance make.

In any case, Biden then moved from that to attacking the Supreme Court, something many find inappropriate because it was an attack on an American institution while abroad and around foreigners. In his words:

“The one thing that has been destabilizing is the outrageous behavior of the Supreme Court of the United States, in overruling not only Roe v Wade, but essentially challenging the right to privacy.

“We’ve been a leader in the world in terms of personal rights and privacy rights, and it is a mistake, in my view, for the Supreme Court to do what it did. But I have not seen anyone come up to me do anything other than, nor have you heard them say anything, other than thank you for America’s leadership. You’ve changed the dynamic of NATO and the G7. So I can understand why the American people are frustrated because of what the Supreme Court did.

He then returned to claiming that the US is doing less badly than other states, saying:

I can understand why the American people are frustrated because of inflation. But inflation is higher in almost every other country. Prices at the pump are higher in almost every other country. We’re better positioned to deal with this than anyone, but we have a way to go. And the Supreme Court, we have to change that decision by codifying Roe v Wade.

Source
Biden Uses G7 Presser to Attack SCOTUS is written by Will for trendingpolitics.com