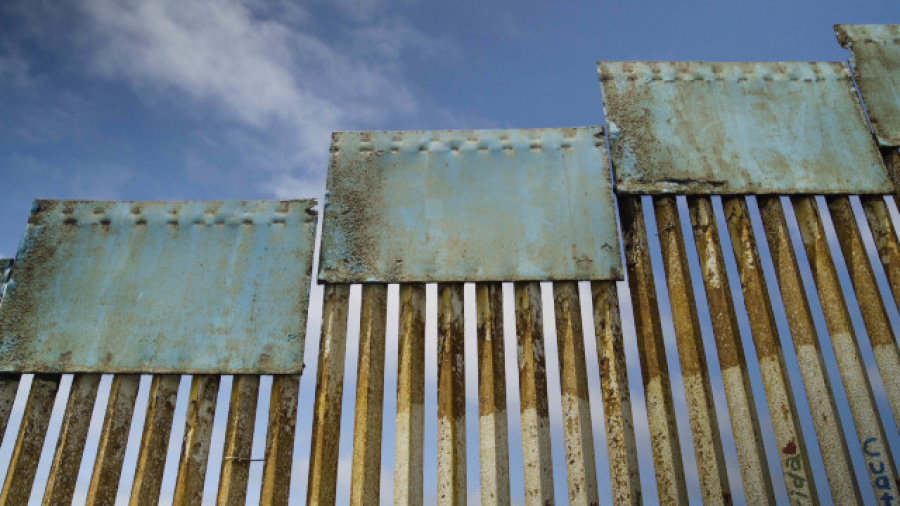 Well, Brandon did his best (worst) to dismantle all of President Trumps good work as quickly as he could, and boy howdy did he do a bang-up job!

Remember the first days of sleepy Joe’s tenure? Cancelling the Keystone pipeline, cancelling new drilling leases in Anwar, abandoning border wall construction and putting thousands out of work, even though the materials were already at location.

Yep, Joe Biden has done a bang-up job! Well, here we are about two years into what seems like an eternal presidency, and everything has gone off the electric powered rails.

Don’t look now, but Brandon is trying to course correct some of his disastrous earlier course changes, on the sly!

With the absolute flood of illegals coming over our southern border, Joe has decided to finally do what he never should’ve undone. Recently Biden did some more border wall construction on the sly in California. Now he has moved on to Yuma, Arizona. Let’s check with Outkick for the details:

The Biden administration announced that Friday that they would be filling in several gaps in the border wall near Yuma, Arizona that started construction under the Trump administration.

Soon after taking office in 2021, Biden halted all new building on the wall, contributing to record illegal border crossings in recent months.

Now, four major holes in the wall will be completed, a shocking shift after repeated denials by Biden that the wall would be beneficial.

Let’s be honest here folks. Biden likely never thought halting construction was a good idea. Anyone with functioning brain cells know this. I assume he has at least 10.

No, in fact Biden was playing lackey for the far left of his party that lusts for wide open borders. You almost can’t blame him (I still do), as the far left was what helped get him elected in the most fair and secure election ever! (sarcasm).

However now Biden, who I still believe holds out hope for a second term, sees the unmitigated disaster the border is, and he wants to finish some of 45’s good ideas. Too little, too late Joe!

It’s even more hypocritical given that in a 2019 op-ed, Joe Biden decried then President Trump as invoking “racist invective to describe anyone south of the Rio Grande.”

Biden also claimed that the wall wouldn’t even be effective, suggesting in the op-ed that it wouldn’t stop human trafficking, the drug trade or the flow of illegal immigration:

“It won’t stop the flow of illegal narcotics or human trafficking, both of which come primarily through legal ports of entry,” he continued. “Nor will it stop asylum seekers fleeing the most desperate conditions imaginable, and who have the right to have their cases heard. Nor will it stem the numbers of undocumented, most of whom over-stay legal visas.”

Biden was right in saying it wouldn’t COMPLETELY stop the human trafficking and drug flow. Likely nothing will be effective at eliminating all of that.

However, Trumps border wall would have helped stem and slow the influx of illegals, illegal drugs, and human trafficking. Biden is now realizing that is fact, or rather walking back some bad policy to try to save face on the border. Either way, he clearly realizes he messed up on this one.

Now, due to his administration’s lax enforcement of existing laws, refusal to complete the wall, and tacit encouragement of illegal immigration, Biden’s forced to backtrack.

It’s just the latest setback for one of the most unpopular presidents in U.S. history, who has failed to address every crisis he’s faced.

People can incorrectly label Donald Trump a racist, and decry his America first immigration policy, however those are the same people now complaining about illegals filling shelters and overburdening some cities resources. You can’t have it both ways.

Truth is, President Trump had the immigration issue in check. Of course, nothing is going to ever stop ALL illegal crossings and drug trade 100 percent, but at least his policies didn’t lead to the biggest humanitarian crisis our country has faced in our lifetime.

That, friends is Joe Biden’s legacy, and cross to bear. He’s finally trying, but sadly probably too late.

Source
Biden Taking 3:10 to Yuma, Finishing Trumps Border Wall on the Sly in Arizona is written by robm for trendingpolitics.com