State of the Union: Biden’s Threats have all the Bite of a Goldfish 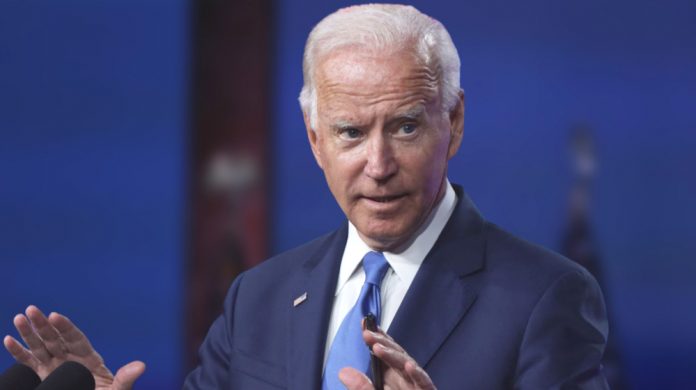 Joe Biden’s State of the Union speech was supposed to discuss domestic policy. However, because of the present situations, the address turned into a speech about Ukraine, which is a more inspiring approach compared to just speaking about the economy and explaining warmed-over legislation.

It seems Biden had little choice in choosing what to speak about. Russia’s brutal invasion of Ukraine has captured the attention of the entire world, and the U.S. president was not about to miss the opportunity following months of rallying the country’s Western allies against Russia’s attack, which he warned was inevitable.

Biden asks the United States to forget about his ineptitude just like he has Covid, BLM riots, defunding police and record high inflation.

The downside to this is that some surveys indicate that around one-third of America doesn’t care all too much about what Ukrainians are going through right now. However, this is certainly a much better theme to a speech compared to just another appeal about a bill Biden is vouching for.

Talking about Ukraine didn’t eliminate that, however.

Biden did get a number of standing ovations on both sides of the aisle when he declared that Russian President Vladimir Putin is “isolated from the world” because of the latter’s “totally unprovoked” attack, Russia’s economy is “reeling,” while “we are united.” He also joined his allies in NATO in closing U.S. airspace to Russian planes, which is an announcement he seemingly saved for Tuesday night. He also gave a shout-out to the Ukrainian Ambassador to the U.S., Oksana Markova. Overall, Biden’s threats have all the bite of a goldfish.

Following his rousing speech about the situation in Ukraine, he pivoted to his original address, which started with his dad in Scranton. At this point, the speech was as useless as a democrat congress, senate and President.

In this part of the speech, Biden boasted about making over 6 million jobs, which is the strongest growth rate in more than four decades. He, however, was heckled when he took a jab at former President Donald Trump’s tax cuts. He thanked some of his Republican friends for voting for the infrastructure laws and talked about what it would allegedly bring Americans in the future.

Following this, Biden explained that his top priority was getting prices under control, and he plans on doing so by lowering deficit.

Joe Biden has been a politician for longer than I’ve been alive but he definitely knows how businesses should cut costs. #SOTU

He would likely do this via what Democrats call investments on matters including energy conservation and child care. He failed to discuss his plans to increase taxes other than to say that the rich and corporations need to “pay their fair share” and that it won’t gravely affect people making less than $400,000 a year. Another amnesia moment for Sleepy Joe. This is the same rhetoric that he’s used for years even though he did nothing as Vice President or a congressmen.

After this, he enumerated his “laundry list,” including raising the minimum wage, COVID response, cutting the prices of prescription drugs, among others.

When talking about COVID, the president said that Americans were already “tired, frustrated, and exhausted,” adding that the country is now going “ back to more normal routines.” He also took note of the CDC’s updated mask guidance, even though it came several weeks after almost all states have eased their masking requirements.

He also discussed a wide array of issues, from crime to the voting rights bill, all pushing the interests of many Democrats. As things are falling apart in liberal ran cities who supported defunding the police, Biden completely reverses his the very agenda that got him elected.

He did, however, earn bipartisan applause when saying “our kids need to be in schools.”

While it was a slog and a workmanlike speech, it would likely change very little as the era of partisan gridlock continues.

Biden talks about every subject that nobody cares about.

How to Construct a Lean-to Without Tools

Milquetoast Mike Pence Still Thinks He Has a 2024 Chance