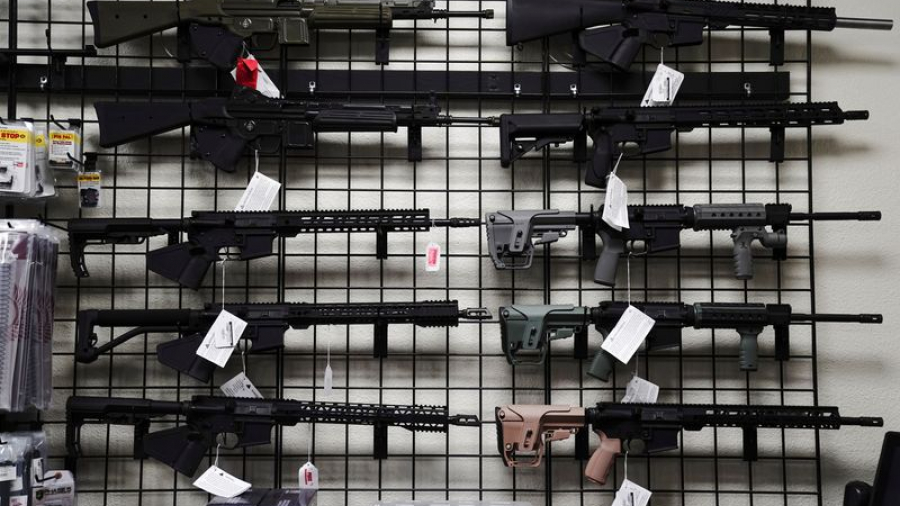 Joe Biden will announce a new rule to rein in ghost guns and ban the manufacturing of such firearms on Monday as the administration faces growing pressure to crack down on gun deaths and violent crime in the United States.

Ghost guns are privately made firearms that are not marked with a serial number and are difficult for law enforcement to trace when used to commit a crime.

Biden and Deputy Attorney General Lisa Monaco will announce the final rule from the Department of Justice at an event at the White House on Monday. The final rule has been making its way through the federal regulation process for nearly a year and is likely to draw opposition and litigation from gun advocates in the coming weeks.

At the event, Biden will also nominate Steve Dettelbach, a former U.S. attorney from Ohio, to run the Bureau of Alcohol, Tobacco, Firearms and Explosives, or ATF, a senior administration official told reporters.

The announcement is part of a series of measures announced by Biden and the Justice Department in April last year to tackle growing gun violence in the United States and curb mass shootings.

In 2021, there were about 20,000 suspected ghost guns reported to ATF as having been recovered by law enforcement in criminal investigations – a tenfold increase from 2016, according to statistics shared by the White House.

The Justice Department rule bans unserialized “buy build shoot” kits that individuals can buy online or at a store without a background check and can readily assemble into a working firearm in as little as 30 minutes with equipment they have at home. It also turns some ghost guns already in circulation into serialized firearms.

Gun deaths increased in 2021 over 2020, according to the nonprofit Gun Violence Archive.

In 2021 there were 20,726 gun deaths in the United States, not counting suicides by gun, the nonprofit reported. This included 693 mass shootings, defined by four or more people being shot, and claimed 702 lives and injured more than 2,800 people, the group reported.

Source
Biden sidesteps 2nd Amendment with crack down on “ghost guns” is written by Wolf Daily for wolfdaily.com