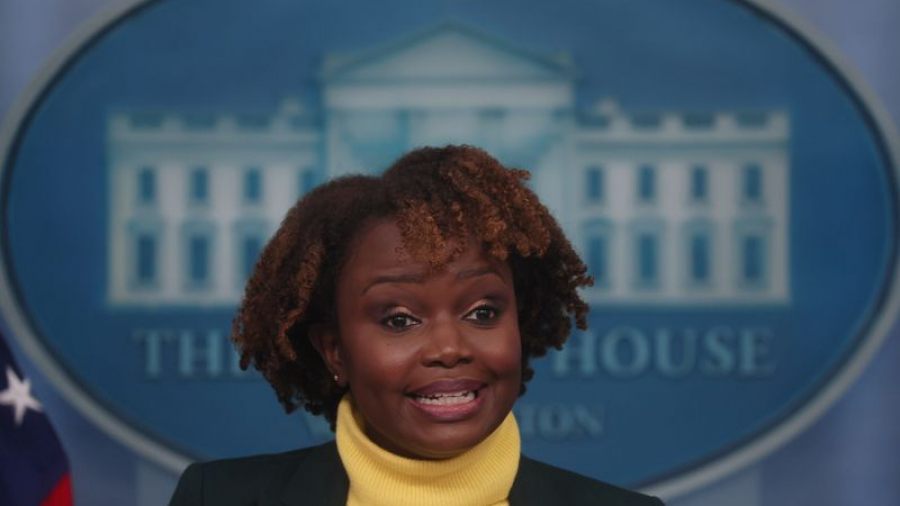 Joe Biden said he has chosen Karine Jean-Pierre as White House press secretary to replace Jen Psaki, who leaves on May 13.

Jean-Pierre would be the first Black woman and the first openly LGBTQ+ to serve as press secretary, Psaki said on Twitter after the president issued his statement.

WHAT WIKIPEDIA HAS TO SAY:

Karine Jean-Pierre (born August 13, 1977) is an American political campaign organizer, activist, political commentator, and author. She has been White House Principal Deputy Press Secretary since 2021. She served as the chief of staff for Democratic vice presidential nominee Kamala Harris during the 2020 presidential campaign, becoming the first black woman and first lesbian to hold that position. She is set to become the 35th White House Press Secretary on May 13, 2022, following the expected departure of Jen Psaki, making her the first black person and the first openly gay person to be Press Secretary.

Previously, Jean-Pierre was the senior advisor and national spokeswoman for MoveOn.org and a political analyst for NBC News and MSNBC. She is also a former lecturer in international and public affairs at Columbia University. (Reference)