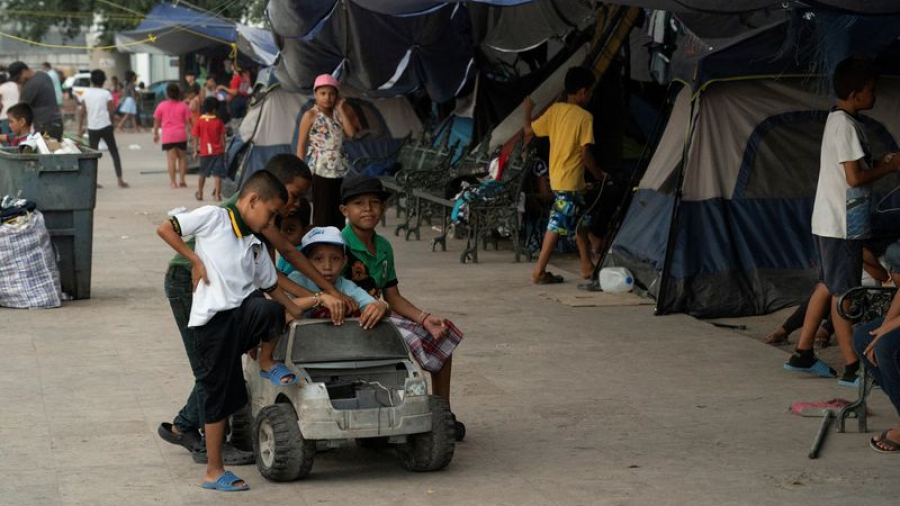 Joe Biden has eased a controversial border policy from the era of former President Donald Trump, which means that unaccompanied migrant children will not be deported from the United States.

“In effect, this means that unaccompanied noncitizen children will not be expelled from the United States under CDC’s order.”

The Title 42 order was issued by the CDC in March 2020 at the outset of the COVID-19 pandemic and allowed U.S. authorities to rapidly expel migrant families caught crossing the U.S.-Mexico border without a chance to seek refuge in the United States.

Since it went into effect, migrants have been turned away more than 1.6 million times under the policy, though some of those encounters were people crossing multiple times.

In a separate 21-page order justifying the decision to end Title 42 for unaccompanied children, CDC Director Rochelle Walensky cited the recent nationwide decrease in COVID-19 cases and increased vaccination rates in the United States and in the countries of migrants who journey to the southern border.

Early in his presidency, Biden exempted unaccompanied children from the expulsion policy, but a federal judge in Texas ruled on March 4 that minors could not be excluded in a case brought by the state of Texas against the administration.

The Texas ruling, which is at odds with another U.S. district court order in 2020 blocking expulsions of unaccompanied children, has put pressure on the administration to consider whether to roll back the order entirely.

(Reporting by Kanishka Singh in Bengaluru; Editing by Alistair Bell)

Source
Biden no longer deporting unaccompanied migrant children at the border is written by Wolf Daily for wolfdaily.com