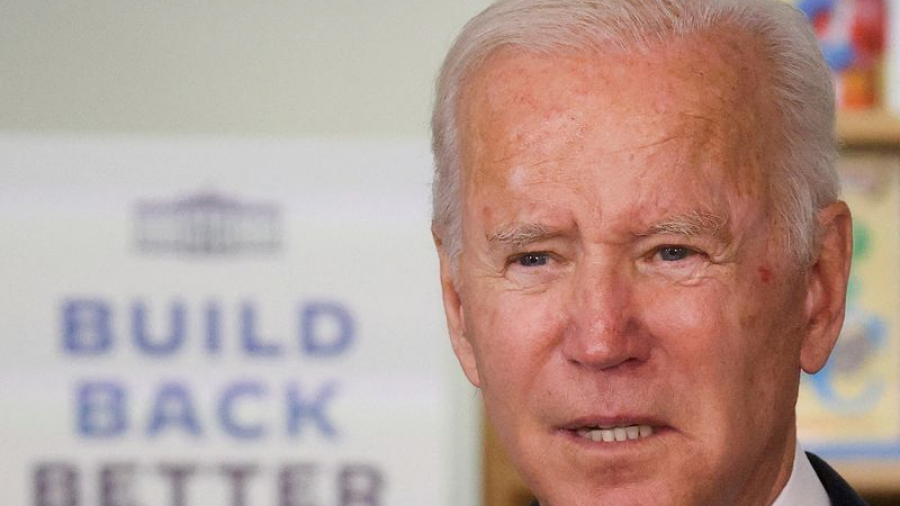 Joe Biden is likely to face a flurry of questions on relations with Russia, the country’s bumpy COVID-19 response, and the future of American democracy as his first year in office comes to a close Wednesday.

Biden is expected to host 30 reporters in the East Room at the White House for the rare extended back-and-forth at 4 p.m. Eastern time (2100 GMT). It is the second solo formal press conference of his presidency at the White House. He has taken questions regularly at other events.

Scheduled a day before his first year anniversary in office, the event comes at a rocky time for Biden: his centerpiece Build Back Better legislative agenda is on ice after fractious congressional negotiations, COVID-19 hospitalizations are at a record and his popularity has ebbed as the pandemic drags on.

Tensions are high with Russia over a military build-up around Ukraine. Biden’s voting rights push has failed to muster the necessary support in Congress amid universal Republican obstruction, at a time of questions about the fragility of America’s political system.

His aides see the news conference as an opportunity to frame the president’s approach to his second year and to sell the American people on the accomplishments of the first. A more expansive message will follow when Biden delivers his State of the Union address to Congress on March 1.

Four-fifths of qualified Americans have gotten at least one vaccine shot even as the virus continues to kill nearly 2,000 people per day in the United States.

“The job is not done yet but we have a plan to address the challenges we’re facing and we’re going to stay at it,” she said.

Some aides, and Biden himself, have expressed frustration with downbeat coverage of the presidency by many of the very reporters Biden will meet on Wednesday.

While 2021 was a year in which many key voters’ attention was elsewhere, some administration officials and allies say they expect people’s attention to turn back to politics this year. Biden will have an opportunity to inject a more hopeful message into the public consciousness, they say.

Biden’s fellow Democrats are fighting to retain their control of Congress in the midterm elections slated for Nov. 8.

Biden has held nine total press conferences in his first year in office, including six solo, a slower pace than his most recent predecessors, according to the American Presidency Project at University of California, Santa Barbara.

Source
Biden hosts 30 reporters for back and forth solo interview in an attempt to address skepticism is written by Wolf Daily for wolfdaily.com