Biden Has Taken $3,400 Out Of American Workers Pockets Thanks To Inflation 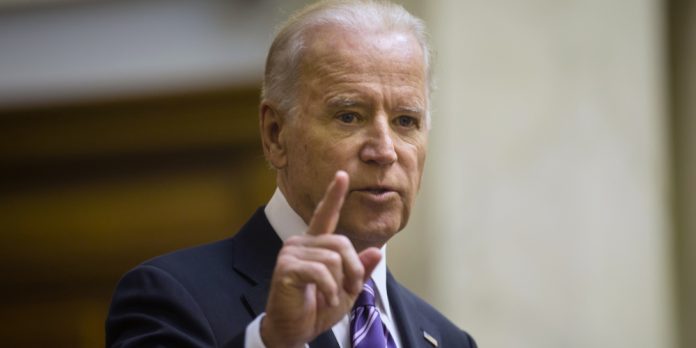 Since President Biden took office almost 18 months ago, the average American worker has lost $3,400 in yearly income as a result of the United States’ astronomically high inflation rate.

“MUCH hotter than expected. November 1981 is the last time we have seen an inflationary number this high…” – Fox Business report on skyrocketing #Bidenflation in June pic.twitter.com/W4d7uuikAK

According to a Bureau of Labor Statistics report released on Wednesday, the Consumer Price Index, a key indicator of inflation, increased overall by 9.1 percent year over year in June, exceeding expectations and reaching its highest level since November 1981. According to E.J. Antoni, a research fellow at The Heritage Foundation, the decline amounts to a $3,400 annual income reduction for the typical worker and a $6,800 reduction for families with two working parents.

“There are plenty of families that that’s more than their food budget a year,” Antoni told Fox Business in an interview. “I can’t emphasize enough how much this is really crushing consumers.”

Antoni also mentioned the staggering 5.9 percent increase in core inflation, which measures the change in consumer prices across all industries minus the erratic energy and food sectors.

“What we are seeing now is that those [food and energy] costs are finally being passed on to other businesses and then, ultimately, to consumers,” he told Fox Business.

Kevin Brady, the ranking member of the House Ways and Means Committee, said in a statement on Wednesday and posted on twitter–

Now congressional Dems & the President are determined to make inflation even worse – with $1 trillion in new tax hikes in a dangerous ‘slimmed down’ Build Back Better package. pic.twitter.com/s4bRqCAU44

Following the report on Wednesday, Republican lawmakers attacked Biden for supporting the president’s agenda, which they claimed was the cause of the high cost of goods.

Inflation has, in essence, eliminated the funds Americans received from federal stimulus checks during the pandemic, according to Antoni’s calculations. Between March 2020 and March 2021, the federal government distributed three stimulus payments totaling $1,200, $600, and $1,400, respectively.

This would be the 13th consecutive month of inflation exceeding 5%, implying that this year’s price increases are building on last year’s decades-high increases.

The Consumer Price Index reached 9.1% in June, which was even higher than expected. Inflation has now reached the highest rate in 41 years. How much more must Americans suffer at the expense of President Biden’s reckless and dangerous policies? https://t.co/mZHlXqUdSl

Why You’ll Need An Ojibwa To Survive