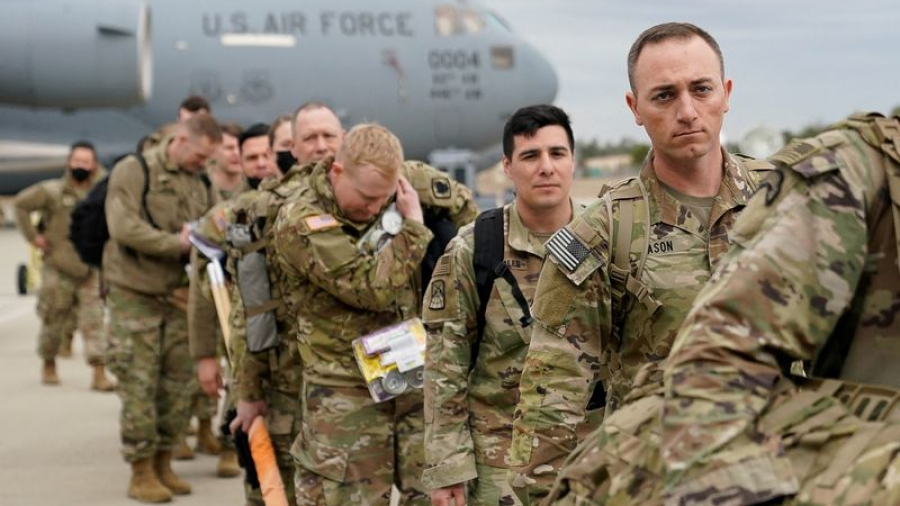 Paratroopers with the U.S. Army boarded aircraft on Thursday to leave for Eastern Europe amid escalating tensions between Ukraine and Russia.

The soldiers were departing from Fort Bragg in North Carolina. Around 1,700 service members, mainly from the 82nd Airborne Division, are being deployed to Poland, while 300 others will move to Germany.

“What you’re seeing out here today… is a facility that we typically use for paratroopers before they load out to conduct their operation,” U.S. Army spokesman Matthew Visser said.

“Right now it’s being used for the pre-mobilization for soldiers from 18th Airborne Corps and 82nd Airborne Division who are fulfilling their order to deploy to Europe, both to Germany and to Poland, in support of assuring our NATO allies and our partners in deterring Russia,” he said.

The United States said on Wednesday it will send a total of nearly 3,000 extra troops to Poland and Romania to shield Eastern Europe from a potential spillover from the crisis over the massing of Russian troops near Ukraine.

Russia has denied plans to invade Ukraine. On Thursday, it accused Washington of ignoring its calls to ease the standoff.