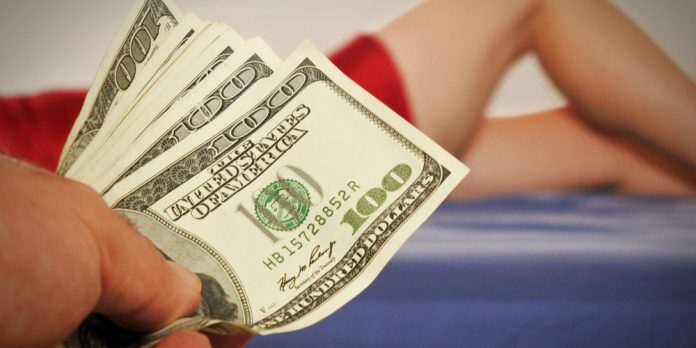 President Joe Biden may have unknowingly financed his son’s participation in an escort ring tied to Russia, records from a copy of Hunter Biden’s abandoned laptop show.

For 31-months between November 2018 and March 2019 he spent thousands of dollars on 18 different escorts who were all linked either via their phone number or email address belonging them worked with “exclusive model agency” called UberGFE during this time period–and many identified themselves as Russian mistresses.

Hunter Biden has been extravagant in his spending habits. He managed to do so largely thanks to Joe Biden’s $100,000 commitment that helped pay off any bills from December 2018 through January 2019.

According to the report, Joe Biden wired Hunter $5,000 while his son was “actively engaged” with one escort and was also persuaded to send another $20,000 to pay for his son’s stay at a New York drug rehabilitation program that never materialized.

On February 27, 2019, Hunter Biden exchanged text messages with “Eva,” his primary point of contact for the Russian-linked escort agency UberGFE.

Hunter Biden records himself with a Russian Escort. pic.twitter.com/6JFdWZ7rX3

Hunter Biden revealed in text messages with Eva, the go-between who served as his primary point of contact for UberGFE, that his accounts were temporarily frozen at one point because his attempts to pay her “girls” with Russian email accounts raised too many “red flags” for his bank. In the messages, Eva refers to him as Robert, his birth name.

In January 2019, Eva told Hunter Biden that the total charge for 16 hours with an escort would be $9,500, and she instructed him to wire the funds to a bank account linked to a woman with a Russian email address.

Hunter Biden received an email less than 90 minutes later informing him that “Joseph R. Biden Jr.” had sent him $5,000 via Cash App. According to the report, Joe Biden’s assistant at the time, Richard Ruffner, also texted Hunter to say the amount was the most allowed because the “weekly limit is $7,500.”

Joe Biden later texted Hunter to see if the funds were received, but he did not receive a response that evening, according to text messages.

Hunter sent these texts saying his bank account was frozen after he tried to make payments to escorts with Russian accounts.

A 2020 Senate report alleged that Hunter made payments linked to what “appears to be an Eastern European prostitution or human trafficking ring.” https://t.co/7HpniHhuBD pic.twitter.com/6bog8lZiCV

Hunter Biden gave more than $30,000 to Russian escorts linked to Eva and UberGFE between November 2018 and March 2019, according to records.

Hunter Biden also used his iPhone XS to search for “dc Russian escorts” and the UberGFE website to find sex workers in Boston, according to a copy of his abandoned laptop.

Joe Biden has stated that he was not involved in any of Hunter’s businesses, but Republicans point out that Schwerin visited the White House and other official locations 27 times while Biden was vice president.

The Washington Examiner reported that attorneys for Hunter Biden and the White House, as well as UberGFE representatives, did not respond to requests for comment.

DeSantis Gets in Battle of Wits With Undermanned Gavin Newsom