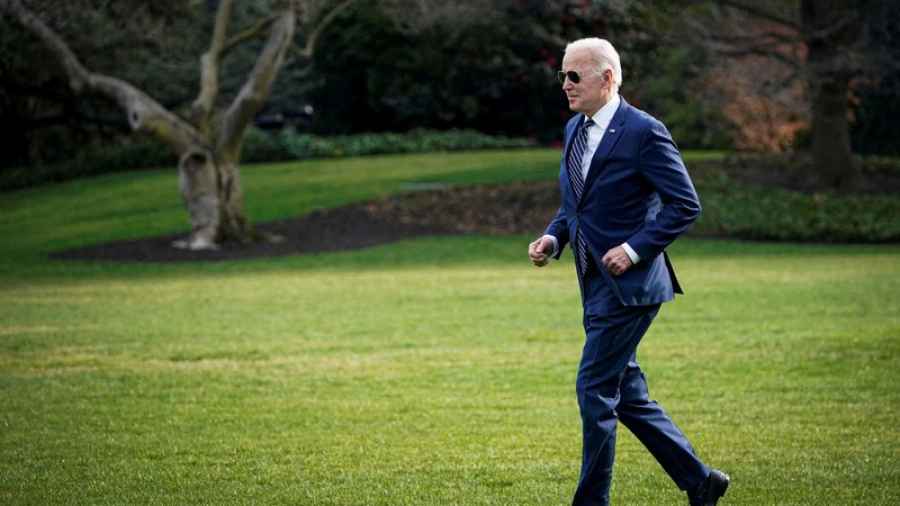 Joe Biden’s public approval rating fell to a new low of 40% this week, a clear warning sign for his Democratic Party as it seeks to retain control of Congress in the Nov. 8 election, according to a Reuters/Ipsos opinion poll.

The national poll, conducted on March 21 and 22, found that 54% of Americans disapprove of his job performance as the country struggles with high inflation and Russia’s invasion of Ukraine has pushed geopolitical concerns to the fore.

Biden’s approval rating, down three percentage points from the prior week, mirrors that which his Republican predecessor, Donald Trump, received at this point in his presidency, as both stood at 40% in mid-March in their second year in office.

Poll respondents cited the economy as their top concern, followed by war and foreign conflicts.

Biden’s popularity began dropping in mid-August as COVID-19 deaths began to rise and the U.S. military faced a chaotic withdrawal from Afghanistan.

Democrats hold razor-thin majorities in the House of Representatives and Senate. The loss of either could grind Biden’s legislative agenda to a halt.

The Reuters/Ipsos poll is conducted online in English throughout the United States. The latest poll gathered responses from a total of 1,005 adults, including 432 Democrats and 366 Republicans. It has a credibility interval – a measure of precision – of 4 percentage points.

Source
Biden approval rating drops to new low of 40% is written by Wolf Daily for wolfdaily.com