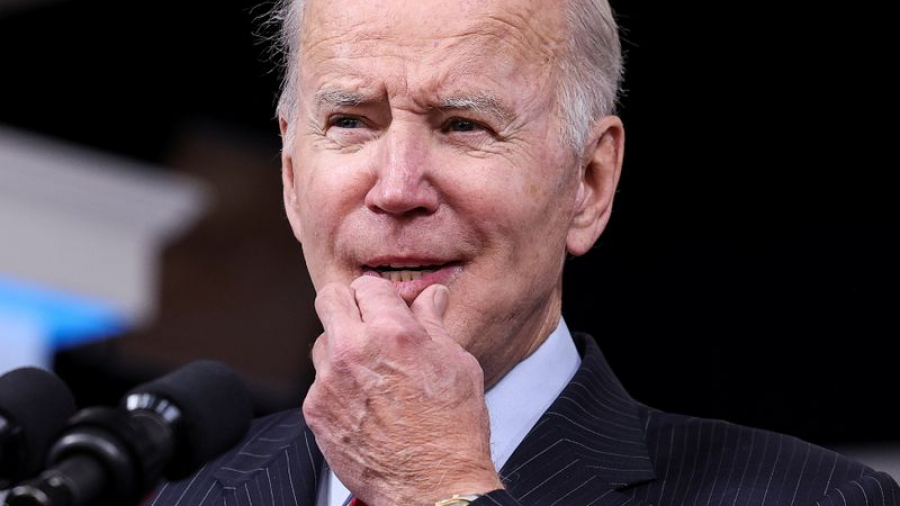 Joe Biden’s public approval rating fell to the lowest level of his presidency this week as Americans appeared exhausted by the COVID-19 pandemic and its economic toll, according to the latest opinion poll.

The national poll, conducted Jan. 19-20, found that 43% of U.S. adults approved of Biden’s performance in office, while 52% disapproved and the rest were not sure. The prior week’s poll had put Biden at a 45% approval rating and 50% disapproval.

After holding above 50% in his first months in office, Biden’s popularity began dropping in mid-August as COVID-19 deaths surged across the country and the U.S.-backed Afghan government collapsed.

The ongoing slump in Biden’s popularity is ringing alarm bells in his party, with Democrats worried dissatisfaction could cost them their congressional majorities in Nov. 8 elections. If Republicans take control of either the U.S. House of Representatives or Senate, Biden’s legislative agenda could be doomed.

In a rare news conference on Wednesday, Biden acknowledged Americans’ frustration at the close of his first year in office. But he vowed to make progress fighting considerable challenges from the pandemic and inflation, which hit a near 40-year high in December as the health crisis snarled global supply chains.

The weekly poll showed the top issues concerning Americans were the economy and public health.

The Reuters/Ipsos poll is conducted online in English throughout the United States. The latest poll gathered responses from a total of 1,004 adults, including 453 Democrats and 365 Republicans. It has a credibility interval – a measure of precision – of 4 percentage points.

Source
Biden approval rating drops to 43%, an all-time low is written by Wolf Daily for wolfdaily.com