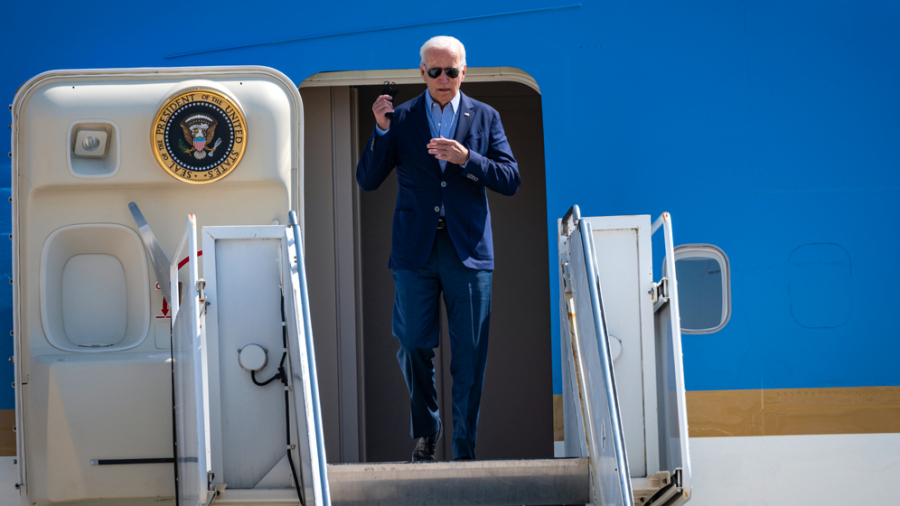 Pres. Joe Biden’s administration reversed its initial course and decided that it will appeal the decision of a federal court that struck down its nationwide mask mandate.

The Department of Justice announced on Tuesday that it will file for appeal the ruling that ended federal mask mandates on transportation, pending the decision of the CDC that the order is still needed for the sake of public health, as reported by NBC.

However, the Justice Department will not ask for a stay in the decision. This means passengers will be allowed to travel without masks once the decision has been litigated.

On the day a Florida federal judge struck down the mask requirement, several airlines and public transportation systems announced that wearing masks was optional, the NBC report went on to say.

The said department is making an appeal on behalf of the CDC, which is an agency that was ruled to not have the power to create mandates. This is the third reversal of positions for the Biden administration, which took place on Tuesday.

On Tuesday, Biden gave a common-sense answer to an inquiry regarding the mask mandate on planes.

“Mr. President, should people continue to wear masks on planes?” one reporter asked.

To this, Biden answered: “That’s up to them.”

However, while onboard Air Force One on Tuesday, Jen Psaki, the White House Press Secretary, vocally disagreed with the court’s decision to lift the mask mandate and suggested that an appeal from the current administration might still be considered.

“Well, I would note — well, I’ve seen those videos. Anecdotes are not data, right?” she said. “And certainly, that does tell a part of the story. But we don’t make these decisions based on politics or based on the political whims on a plane or even in a poll. But I would note in polls, and data, lengthier data, there are still a lot of people in this country who still want to have masks in place.”

Psaki also received the question of whether the current administration will appeal the federal court’s ruling.

“On the mask mandate, why is the DoJ not appealing that?” a reporter asked Psaki. “And… does the administration risk taking away some of your options for the future, especially if there’s some new variants?” he went on to say.

“Well, unless something’s happened when we got on the plane, I don’t think they’ve made any announcement at this point in time,” Psaki responded. “So, as we’ve said, agencies are reviewing step — next steps — including the Department of Justice, traditionally following court decision. That can take a couple of days.”

“We have said from the start that our Covid response should be guided by the science and data and by experts,” she continued. “And — and just as a reminder, when we made this announcement, the CDC said it needed 15 days to assess the impacts of an uptick in cases on hospitalizations, deaths, and hospital capacity.”

“We feel — still feel — that is entirely reasonable based on the latest science,” she added. “And public health decisions shouldn’t be made by the courts. They should be made by public health experts. So again, I can’t — I’m not going to get ahead of the Department of Justice. We’ll let them make any decisions or announcements, but —”

“So, they might still appeal is what you’re saying?” a reporter then followed up.

“It typically — yeah, it typically takes a couple of days to review and make an assessment,” the press secretary said.

On Monday, Biden’s administration released a statement with regard to the Florida federal court’s ruling that lifted the national mask mandate for airlines and public transportation.

As previously reported, a Florida federal judge voided the national mask mandates for public transportation, including airlines. U.S. District Judge Kathryn Kimball Mizelle ruled that the CDC failed to justify its decision to put out such a policy and that it did not follow proper rulemaking.

The judge concluded that the CDC went beyond its authority.

Once the news broke out, United Airlines announced that they are dropping the mask mandate immediately.
“Effective immediately, masks are no longer required at United on domestic flights, select international flights (dependent upon the arrival country’s mask requirements) or at U.S. airports,” UA said in a statement.

Delta Airlines, Alaska Airlines, and Allegiant Air all announced the same thing, which earned the delight of their passengers.