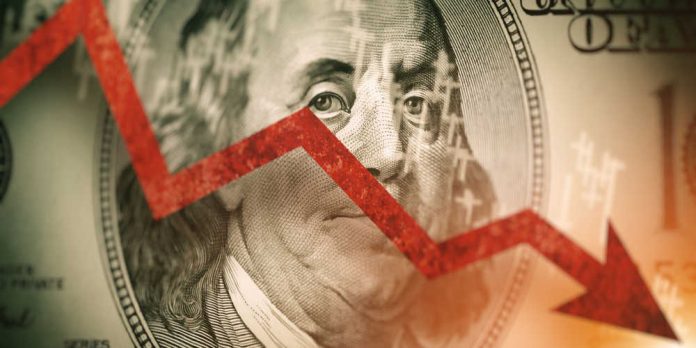 Biden says it’s no surprise that the economy is ‘slowing down’ as it enters a technical recession.

President Biden responded to Thursday’s GDP report by saying it’s “no surprise” that the economy is slowing due to inflation, despite earlier this week saying the US would not enter a recession.

Amid fears of recession, CNN’s Kasie Hunt slams the Biden administration for denying the definition of a recession:

“You can’t fake this!” pic.twitter.com/gGriut3as8

The United States’ economy contracted for the second consecutive quarter in the spring, meeting the criteria for a recession, as record-high inflation and higher interest rates forced consumers and businesses to cut back on spending.

The Commerce Department said in its first reading of the data on Thursday that gross domestic product, the broadest measure of goods and services produced across the economy, fell by 0.9 percent on an annualized basis in the three-month period from April to June. Economists at Refinitiv predicted that the economy would grow by 0.5 percent.

Biden touted the job market, saying it “remains historically strong, with unemployment at 3.6% and more than 1 million jobs created in the second quarter alone.”

However, the White House Council of Economic Advisers attempted to change the definition of a recession in a blog post published on July 21, claiming that two consecutive quarters of declining GDP do not indicate the country is in a recession.

Bracing for impact: Even if Thursday's GDP report shows a second consecutive quarter of negative growth, you won't hear the Biden admin using the R-word.

The Council of Economic Advisers is redefining what a recession is…🤔https://t.co/HHBYJKqP5V pic.twitter.com/gecR93vPPj

Biden’s remarks came just days after he stated that the United States was “not entering a recession.”

A recession is defined as two quarters of negative economic growth in a row.

The economy now meets the technical criteria for a recession, which requires a “significant decline in economic activity that is spread across the economy and lasts more than a few months,” according to Thursday’s GDP report.

However, the NBER, the semi-official arbiter, may not immediately confirm it because it can take up to a year to call it.

The NBER has also stated that it considers more data than GDP to determine whether or not a recession exists, such as unemployment and consumer spending, which has remained strong in the first six months of the year. It also takes into account the severity of any decline in economic activity.

5 Unexpected Ways To Make Your Own Flour

Putin Now Maintains over 95% of all Russian Combat Troops in...