Being A Professor Is The Ideal Occupation For Riches And Status 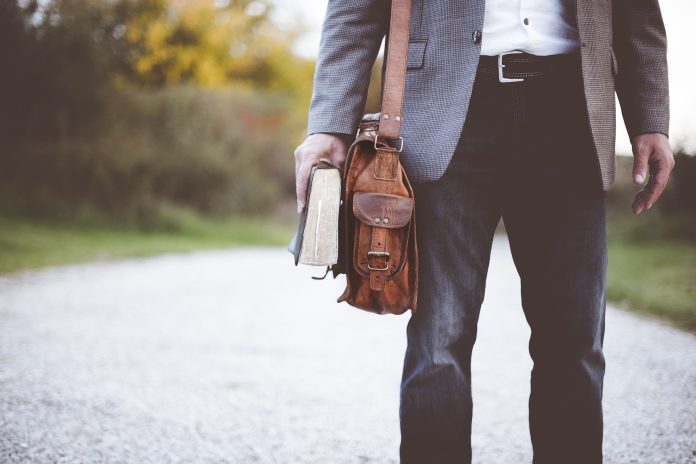 There are very few occupations that provide the ideal combination of riches and status. Being a professor is one of them.

Tenured professors are able to make six-figure incomes. Getting a PhD or a post-doctorate is the pinnacle of academic achievement. Meanwhile, most people respect professors for their positive contributions to society.

After I retired from finance in 2012, I considered getting a PhD. Given I had enough passive income, I could afford to return to school for several years. With a PhD, I would then have the option of becoming a university professor.

Teaching is something I thoroughly enjoy doing, as hopefully evidenced by my writing on Financial Samurai. I’m always curious about new concepts and theories because the world is always changing.

My Quest To Become An Academic Professor

Stanford University had a Communications Department that offered a PhD program so I drove down to meet with some professors. I showed them what I was up to on Financial Samurai and they were not impressed.

But I did meet with the head of the Master’s program for Journalism who was really nice. She encouraged me to apply. But I decided not to after auditing one of their courses on starting your own WordPress site. At the time, I had been operating Financial Samurai on WordPress for almost four years. I also already have a Master’s degree in Business Administration.

Within a month time period, I realized getting a PhD and becoming a professor was not possible for me. First, you have to have taken the prerequisite courses. Second, you have to have great grades and test scores. Third, you need to have a clear idea of what problem you want to solve or research.

Even if I got my PhD in communications, it is extremely difficult to get a professor job at a major university. Only the best of the best get tenure at a top 25 university. Most remain associate or assistant professors for their entire careers.

Not one to give up on my dreams, I looked into becoming a public school teacher instead. Then I found the ultimate job of being a high school tennis coach. The job would fulfill my desire to teach a subject I was passionate about.

Three Reasons Why Being A Professor Is The Best Occupation

Recently, three things happened that made me want to consider becoming a professor again. These reasons show why being a professor has the ideal blend of riches and status.

Reuters reported official property records show that Sam Bankman-Fried’s FTX, his parents, and senior executives of the failed cryptocurrency exchange bought at least 19 properties worth nearly $121 million in the Bahamas over the past two years.

Given real estate is my favorite asset class to build wealth, my eyes lit up once I saw the news. An eight-figure real estate portfolio is a great way to set up my family for life.

But from the sound of the Reuters article, it looks like Bankman and Fried bought a vacation property worth $16.4 million in the Bahamas!

Here are some pics of a $16 million property in the Bahamas called the Hibiscus Estate Residence in Crescent Bay. I love the infinity pool on one side and the beach on the other side.

Here’s a great view from one of the main bedrooms overlooking the ocean and sunset. You can grade papers in the outdoor hot tub while having a yummy beverage!

Professors make more than we realize

We can conclude being a professor is a very lucrative profession. Using my income formula for buying property, Bankman and Fried would have to have made over $3.28 million to afford a $16.4 million vacation property.

Or maybe Sam Bankman-Fried and his executives are simply following my guide on turning funny money into real assets to remain rich. Creating a conglomerate is a popular way to hold onto a fortune and build an empire. If FTX disappeared, at least they would have luxury properties to enjoy.

Call me naive, but it doesn’t make sense for tenured law professors at a prestigious university to be a part of misappropriating funds. It would ruin their reputations and their remaining years of life. Who would want to spend over a decade in jail during your twilight years?

When I’m 67 years old, I’d rather just enjoy what I have and lead a simple life. Upholding the family name for my children would be important. But maybe I’ll change my mind in 22 years.

2) Professors have great benefits for their kids who attend college

One of my son’s friends has a mom who works at Stanford. She’s not a professor, but a scientist with a PhD. When her son graduates high school, her son will have a leg up in admissions if he applies to Stanford. And if he gets in, he only has to pay half the cost of tuition.

My tennis buddy, who also works at Stanford corroborated this benefit. In fact, he joked he’d be willing to adopt my kids when they are in high school to help get them in, for a fee of course. Even if they didn’t get into Stanford, they would still get half the Stanford tuition a year toward any school my kids attend.

In other words, let’s say Stanford’s tuition is $60,000 a year. If my kids attend The College of William & Mary, we would get $30,000 a year to pay for their attendance at William & Mary. Not bad! Other universities pay 100% of tuition for faculty and staff children who attend their parent’s university.

The Students For Fair Admissions v. Harvard University lawsuit provided an unprecedented look at how Harvard makes admissions decisions. Using publicly released reports, here are the preferences Harvard gives for recruited athletes, legacies, those on the dean’s interest list, and children of faculty and staff (ALDCs).

A 46.7% admit rate for ALDCs versus a 6.6% admit rate for non-ALDCs is a huge difference! If you’re an Asian applicant, then it becomes even more tempting to become a university professor to help equalize the admissions process for your kids.

3) Professors can make lots of side income

From point one, we learn some professors can afford extremely expensive properties on their salaries. But how exactly? Let’s look at legitimate ways in which professors can earn more money.

I spent two-and-a-half years writing, editing, and marketing my book, Buy This, Not That. During this time, I realized there are many bestselling nonfiction authors who are professors.

Here are just a few from Portfolio Penguin, the imprint that represents me.

These professors have smartly leveraged their status as professors at leading universities to become authorities in their respective fields. With such authority and status, they are then able to sign lucrative book deals every couple of years.

Given one of a professor’s responsibilities is to publish, publishing a book on their expertise is right down their alley. With so many connections, a professor can easily draw on many other experts to provide great value and referrals to promote their book.

After publishing a Wall Street Journal bestseller, professors can then make extra money speaking. A one-hour speaking gig can pay anywhere from $1,000 – $50,000.

I’m sure when we invited Malcolm Gladwell to speak at the Credit Suisse Asia Investment Conference in Hong Kong, my firm paid him somewhere in the six-figures. Flights, hotel, and meals were all paid for.

Then there are the consulting fees a professor can earn in their respective fields. Corporations or wealthy benefactors will pay professors to do research on a project to advance their product or ideology.

In other words, there are endless ways in which professors can make a lot of money beyond their day jobs. Intellectuals with expertise in their field are always in high demand.

It is simply not true the saying, “Those who can’t, teach.” Instead, some professors are not only teaching but are also making bank.

Being A Professor Is The Ideal Blend Of Riches And Status

The income potential and status combination of being a professor may be unbeatable. The only other profession that combines both riches and status is being a doctor. Lawyers, bankers, strategy consultants, and techies get paid well, but don’t command as much respect.

Being an author is not bad on the status front. However, it is brutally difficult to make a living as a writer alone. Most authors need day jobs to survive. Even if you are one of the ~0.3% of authors who make a national bestseller list, the money from one book advance may only be enough to support you.

As a professor, you could make a top 0.1% income and nobody would know. In true stealth wealth fashion, you could easily blend in with the middle class and actually be embraced by the majority. To feel included and respected is wonderful.

Being Adjunct Professor Is Another Option

The only problem with becoming a professor is the amount of education one needs to become one. Therefore, maybe the second-best solution is to become an adjunct professor.

An adjunct instructor is a part-time faculty member who is hired on a contractual basis. They may teach for only a few semesters before they return to their industry full-time.

If there is anybody from Berkeley or Stanford out there looking for an adjunct professor to teach personal finance, investing, real estate, branding, book publishing, and online entrepreneurship, shoot me an e-mail! Once my daughter attends preschool three days a week in 2023, I’ll have more time.

All I request is a private parking spot near campus and a lunch voucher! Thanks for your consideration.

Source
Being A Professor Is The Ideal Occupation For Riches And Status is written by Financial Samurai for www.financialsamurai.com

19 Shot Over The Weekend Across Mayor Lori Lightfoot’s Chicago