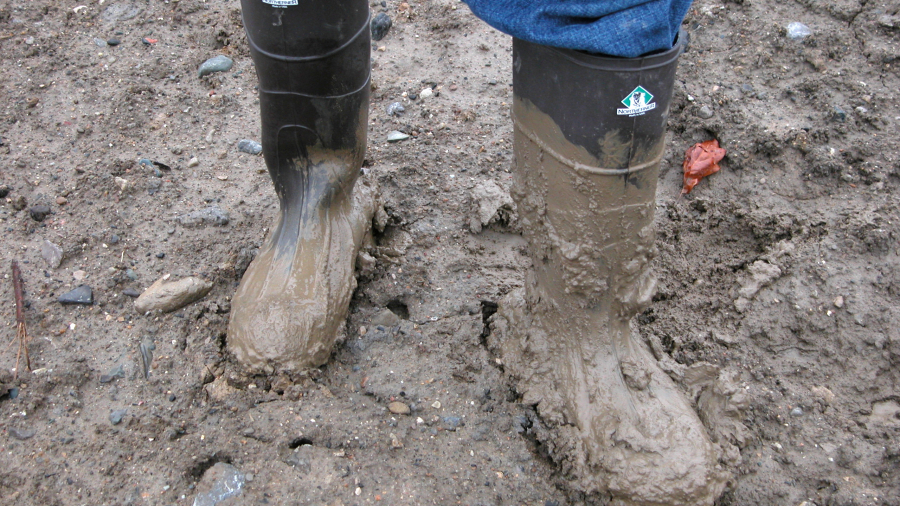 When most preppers think of a survival use for mud, it’s typically to build a house. This is a fantastic use of this resource. After all, mud is pliable when wet, making it easy to spread around and cover the surface area of the project. However, when it dries, it forms a thick, hard substance that’s difficult to knock down in the wind.

Surprisingly enough, this is not the most incredible survival use for mud (in my opinion). Sure, it’s a great resource for shelter. But the mixture of dirt and water can do so much more than just helping you have shelter.

So what is this miraculous survival use for mud, anyway? I can tell you one thing – it’s WAY more cutting-edge than anything you’ve probably ever thought of. In fact, it’s so progressive it can even change the way preppers survive in TEOTWAWKI.

Want to know what it is? Think you’ve figured it out? Well, either way, I’m going to introduce you to this…

Astounding Survival Use For Mud You’ve Never Thought Of

One of the biggest worries preppers have about an SHTF event is not being able to use their technological devices. Smartphones, tablets, and survival radios, and more can be a godsend in an emergency. That’s because the user can easily access local news, use GPS, text/call for help, receive weather alerts, and more with these handy gadgets.

However, the huge downside to these devices is that they burn up battery fairly quickly. And if you find yourself with a dead device, this could lead to panic, frustration, and a LOT more unknowns than before.

However, unbeknownst to most preppers, mud can actually be used to generate electricity to power these devices! This is by far the most incredible survival use for mud ever!

Now keep in mind this process probably won’t generate the same amount of voltage as, say, a AAA battery. You’ll also have to keep in mind that, because of this, charging devices will take a lot longer than just plugging them into an outlet. But hey, if it has the ability to save your device (as well as your life) why wouldn’t you try it?

You’re going to get a bit dirty while attempting this task. However, if one thing’s for certain, it’s this. Survival situations demand you get comfortable with getting a little dirty in order to survive.

How Does Generating Electricity From Mud Actually Work?

The point of this entire process is to create what’s known as a Microbial Fuel Cell. This will produce the electricity you need to power your devices.

Here’s some helpful information (as well as an informative graphic) from Survivopedia on how this Microbial Fuel Cell works: 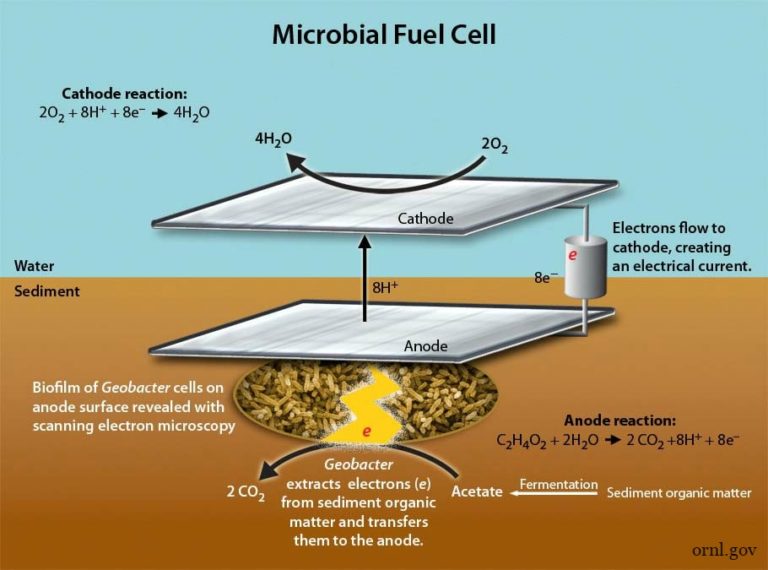 Here’s what you need to achieve to produce more electricity:

The Necessary Steps To Building A Microbial Fuel Cell

Here’s some instructions on how to build a Microbial Fuel Cell, courtesy of Survivopedia:

To make a microbial fuel cell, start off by gathering the right kind of mud. Dig around in the bottom of a pond that has been around for a few years, and pull up some of the black mud at the bottom. This mud will be rich in the kind of bacteria that can be used to generate electricity.

Next, you will need some salt, water, agar, and PVC pipe. Mix the salt, water, and agar together, and then fill the pipe with them. Once the agar cools, it should be hard enough so that it will not spill out of the tube.

The agar acts as a repository for salt, which restores the ionic balance as electricity is drawn from the cell. You can also try cardboard dipped in salt water or other methods for making the salt bridge.

The microbial fuel cell requires two chambers that are connected by the agar filled PVC pipe. Make sure the seals connecting the chambers are waterproof, and that you can easily replace the salt bridge, so that you can refill or make changes to the ingredients in the other chambers as needed.

After you connect the containers with the salt bridge, fill one container part of the way with mud and insert an electrode. Since the electrode will need a fairly wide surface area, make one from regular wire, and then attach an aluminum mesh to it. Finish filling up the container.

Your next step will be to fill the remaining chamber with distilled water and salt. As with the first chamber, install an electrode and some wire.

You can also insert some air tubing that will be used to run an air pump that will aerate the solution in the water chamber.

If you want to increase the amount of air going into the chamber and ensure more stays in the water, try using an aquarium air stone. If you do not aerate the water in the second chamber, it will produce hydrogen gas.

Depending on the activity levels of the bacteria, you may notice a small amount of voltage immediately. It may still take days, or even weeks for the bacteria to rebuild their transport structure and produce more electricity.

Now if you’re a visual learner (like me) you’ll appreciate this video of how to construct a Microbial Fuel Cell:

Survival situations can be scary enough as is. However, throw a few dead smartphones and radios into the mix and it can start to feel 10 times worse.

But, by using this exceptional survival use for mud, preppers can start powering their devices up again. And this can boost hope, morale, and information sharing like never before.

Remember – you must prepare in advance if you expect to survive when SHTF. As I always say, Prepare Now, Survive Later!