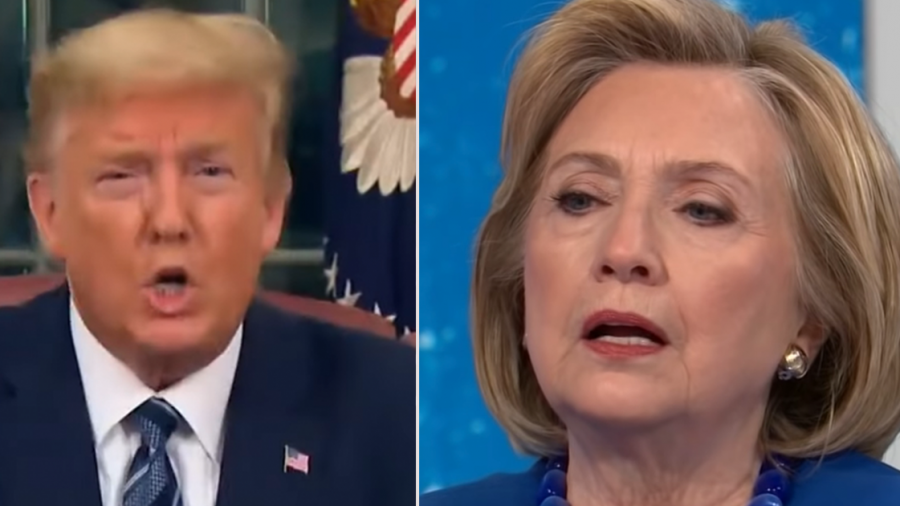 Special Counsel Durham has been investigating the Russiagate scandal for a while now, digging deeply into all the evidence that Hillary Clinton’s campaign, or at least affiliated lawyers, spies, and tech personnel, worked to frame Trump as having Russia connections.

He finally dropped a massive bombshell in a court filing related to Sussmann, a lawyer affiliated with the Clinton campaign. In a court filing, Durham alleged that:

“As set forth in the Indictment, on Sept. 19, 2016 – less than two months before the 2016 U.S. Presidential election – the defendant, a lawyer at a large international law firm (‘Law Firm-1’) that was then serving as counsel to the Clinton Campaign, met with the FBI General Counsel at FBI Headquarters in Washington, D.C. The defendant provided the FBI General Counsel with purported data and ‘white papers’ that allegedly demonstrated a covert communications channel between the Trump Organization and a Russia-based bank (‘Russian Bank-1’).

That’s massive, and indicative of the fact that not only was Trump right when he said that he was being spied on, but that the “Russia” allegations were a made-up smear, not evidence of any shady connections. It was all fake.

Well, Twitter ignited after that story broke, with #ArrestHillaryClintonForTreason trending in the wake of the story’s release.

Here were some of the best #ArrestHillaryClintonForTreason tweets that came out as furious Americans raged against the Clinton campaign’s spying on Trump:

Hay Liz Cheney this was a real insurrection
#ArrestHillaryForTreason

Hay Liz Cheney this was a real insurrection #ArrestHillaryForTreason

President Trump is the victim of the most brazen political conspiracy in American history.

President Trump is the victim of the most brazen political conspiracy in American history.

They’re hiding it – but this is the real #1 trend in the USA right now 👇100% guaranteed. #ArrestHillaryForTreason

In our history, that’s generally been taken as giving actual aid to foreign enemies or fighting for them against America. Simply weakening America by framing the president, however bad, wouldn’t cut it.

But the sentiment is well taken; if Durham’s allegations are true, than everyone who knew about it needs to be held to account and dealt with to the limit of the law, Hillary included.

Source
#ArrestHillaryClintonForTreason Trends after Durham Drops Spying Bombshell is written by Will for trendingpolitics.com