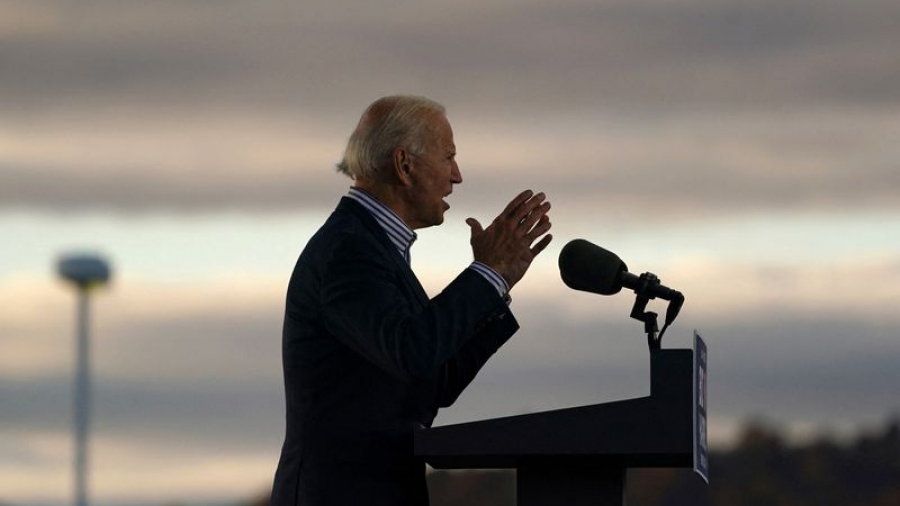 The U.S. midterm elections are some 10 months away, but Joe Biden’s administration and allies already foresee a possible scenario in which Republicans take the House of Representatives, the Senate, or both, and launch a series of investigations and attempts to impeach the president.

Those seeking to pursue investigations include House Republicans Matt Gaetz, who pledged in a podcast to target the Department of Justice until “sphincters tighten,” Bob Gibbs, who has been pushing to impeach Biden since September over the Afghanistan pullout, and James Comer, a hopeful to become head of the House Oversight Committee.

Comer’s targets include the president’s son Hunter Biden, the administration’s handling of supply chain issues and vaccine mandates, and its removal of Trump military academy appointees, his office said.

The White House has already taken small steps that will help shield the administration from aggressive probes.

It hired a special advisor, former New Orleans Mayor Mitch Landrieu, to oversee implementation of the $1 trillion infrastructure law, which Republicans would likely scrutinize in search of fraud.

The White House also bolstered the legal counsel’s office with a longtime Democratic communications official to help with fallout from the chaotic U.S. troop withdrawal from Afghanistan last year.

The January 2021 runoff elections in Georgia left control of the body to Democrats instead but the counsel’s office still has that legal firepower.

“We had every reason to believe that it was going to be a Republican Senate,” said Andy Wright, director of legal policy for the transition team. “That was built in to the original planning.”

That planning included having Jonathan Su, who has experience handling investigations in the Obama White House years, serve as Biden’s deputy counsel.

The Biden White House may hire new researchers, lawyers and communications officials to focus on the probes, strategists said.

“You need to have a parallel structure at the White House that’s capable of anticipating those attacks, responding to those attacks,” he said.

Biden plans to travel to states with key political races this year, an adviser said, and the White House hopes Democrats will maintain majorities in Congress on the back of its COVID-19 vaccination rollout and legislative achievements.

The Democratic National Committee is expected to spend heavily in contested races in states such as Wisconsin and Pennsylvania that will also be important in 2024.

If the Republicans do win in November, they are “going to run the same play they did in 2011 but it will be even more unhinged and less credible,” said Eric Schultz, a senior adviser to former President Barack Obama who was brought in as a spokesman in the Obama White House to deal with investigations then.

Among the issues, Republicans could look into the Justice Department’s investigation of the deadly Jan. 6 riot on the U.S. Capitol by Trump supporters and thwart the congressional investigation into the attack if it is still ongoing.

“We are going to go after this administrative state, and we are going to start at the Department of Justice and the FBI,” Gaetz said, referring to Jan 6.

Outlays from the COVID-19-related $1.9 trillion “American Rescue Plan” and the infrastructure law, both unpopular with Republicans despite some bipartisan support for the latter, also would likely be scrutinized.

“There’s no doubt Republican lawmakers are going to pour over documents and all this spending will see unprecedented scrutiny,” said Amy Koch, a Republican strategist in Minnesota who helps state and federal candidates get elected.

Some Republicans have already signaled an appetite for impeaching Biden, with a group of four led by Gibbs filing articles of impeachment over immigration on the U.S. border with Mexico and for the way U.S. troops were removed from Afghanistan.

“There will be a lot of pressure on Kevin McCarthy, if he’s speaker, to pursue impeachment of Biden from day one. He may not have much of a choice if he wants to retain the title,” a Republican congressional staffer with ties to leadership said.

McCarthy is in line to succeed Democratic House Speaker Nancy Pelosi if Republicans take over control of the chamber.

During the 2020 election, Biden’s son, Hunter, became a target of Trump and Republicans, who alleged wrong-doing when he served on the board of a Ukraine energy company.

House Democrats twice impeached Trump, once over Ukraine and again for his actions ahead of the Jan. 6 riot, but he was acquitted by the Republican-controlled Senate both times.

Source
Another midterm worry for Biden: probes and impeachment attempts is written by Wolf Daily for wolfdaily.com