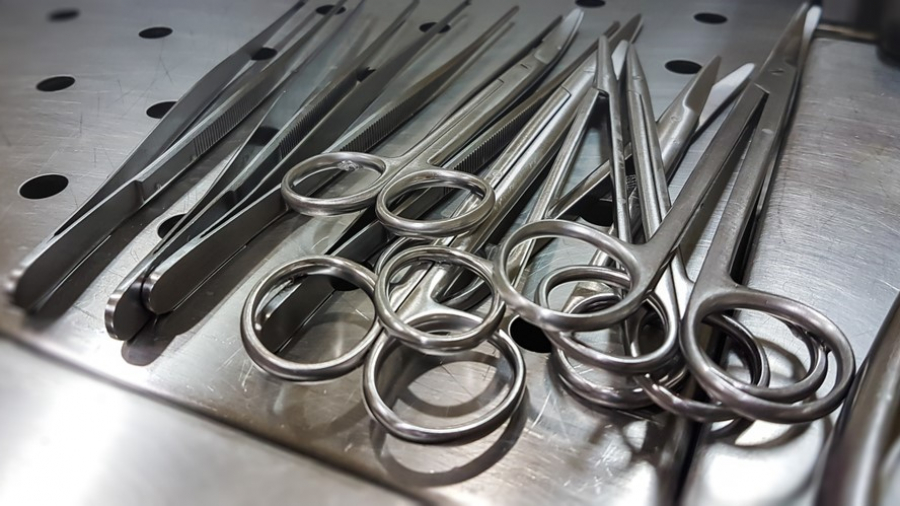 This is the fifth in a series of articles reviewing and analyzing the facts and evidence related to the death of Judy Petty. Read the first article to learn about the facts and timeline surrounding Judy’s death. Read the second article for information on the initial investigation conducted by police and the fire department). The third article and fourth article provide a look at our team’s recent on-the-ground investigation.

Judy Petty, a resident of Parkersburg, West Virginia, disappeared on February 6, 2008. Two days later, her father discovered Judy’s burnt remains in the cellar of an outbuilding on an uninhabited piece of property owned by Judy’s family. Although her body was extensively charred, authorities conducted an autopsy, and her remains were sent to the Smithsonian for anthropological analysis.

How an Autopsy Determines a Manner and Cause of Death

In any death where an autopsy is conducted, the forensic pathologist seeks to determine the manner and cause of death. These terms are not interchangeable and have different meanings.

Typically, there are five potential classifications that fall under manner of death:

A death is determined to be a homicide if the actions of one person caused the death of another. The suicide classification is used when a person intends to cause self-inflicted injury resulting in death and succeeds, whether the method of suicide involves sleeping pills, a gun, or another method.

An accident occurs when unintended circumstances occur that lead to a person’s death. For example, a traffic accident resulting in a fatality would fall under this classification.

A natural death occurs from disease or solely internal physiological processes. For instance, someone dying from pneumonia or terminal cancer would be classified as a natural death.

A person’s official cause of death refers to the specific medical reason that someone died. Sometimes, an autopsy report lists more than one cause of death. For instance, if someone was shot and then fell off a roof, the gunshot wound and resulting fall would be listed as causes of death because without one or the other, the person may have lived.

In Judy’s case, Chief Medical Examiner James Kaplan conducted her autopsy on February 11, 2008. Her body was not intact when it was discovered, so her remains were delivered to him in six large bags.

The bags contained primarily calcined (burned) bony fragments from various parts of Judy Petty’s body, including her vertebrae, scapula, collarbone and a partial jawbone. There were also some sections of charred tissue, several of Judy’s teeth and the steel toes from Judy’s hiking boots that she’d been wearing when she was last seen.

All of Judy’s remains were X-rayed, and Kaplan observed no evidence of bullet fragments or other weapon-related artifacts. However, that does not mean that Judy was not shot, stabbed or died as a result of blunt force trauma. Without a full skeleton, it is impossible to rule out any of these causes of death.

Anthropological analysis by experts at the Smithsonian concluded that the bone breakage observed in nearly all of Judy’s bone fragments was consistent with fire-related damage. But that conclusion does not rule out the possibility of some of her bones being broken prior to death.

Judy had received a root canal and other dental work through the years. Ultimately, she was identified through her dental remains.

Judy Petty Was Dead Prior to the Start of the Fire

Tissue samples from Judy’s liver were sent for toxicology testing. The results of that analysis revealed that she had a non-toxic level of the drug Sertraline (generally prescribed as an anti-depressant) in her system.

The National Institute of Health (NIH) states that in any case where the level is below 20%, another cause of death needs to be sought. A carbon monoxide level of 50% or higher is considered lethal.

Essentially, this lack of carbon monoxide proved that Judy was dead before the fire was started. That finding, in turn, indicates that Judy Petty was the victim of a homicide.

However, Kaplan could not completely rule out an accident or even a suicide. Therefore, he labeled Judy’s death as “undetermined.”

Was It An Accident?

We cannot rule out the possibility that Judy’s death was the result of an accident. Maybe she successfully walked the 13 miles from her residence to the family farm. It would have been nighttime by the time she arrived, and temperatures that night dipped down to 44 degrees Fahrenheit. She would have been cold, even inside the house or outbuilding.

One hypothesis that has been offered up is that Judy started a fire for warmth and the fire grew out of control. She could have become trapped or fell asleep and later succumbed to the fire.

However, this theory is not consistent with the findings of the toxicology report, which proved Judy was dead prior to her body’s destruction by the fire. If she’d died as a result of an accident, her body tissues would have shown a much higher level of carbon monoxide because she would have inhaled smoke and fumes from the fire.

Additionally, the house on the Petty’s property was equipped with a wood-burning stove, which Judy was experienced at using. When Judy’s dad examined that wood stove after the fire, it was clean inside with no evidence of anyone having attempted to build a fire in it.

Could Judy Petty Have Committed Suicide?

Although suicide cannot be ruled out as a cause of death for Judy Petty, I find it the least plausible out of the list of possibilities. It’s possible for someone to set a fire and then commit suicide near it, resulting in their remains being significantly charred or destroyed.

But in examining Judy’s victimology, the possibility of her going to this concerted effort is low. She would have had to walk approximately 13 miles from her residence to the family farm and make it there safely, only to then take her own life.

This theory simply defies logic. There were countless other locations, much closer than the family farm, that Judy could have chosen if she wished to commit suicide.

According to family members, Judy also despised the outbuilding, particularly the bottom floor cellar where her remains were found. There is no logical explanation why she would willingly go into an underground cellar she feared and commit suicide there.

The potential method of committing suicide must be examined as well. We know Judy did not overdose on any drug or medication nor did she set herself on fire.

So what method would she have used to commit suicide that would have killed her prior to the outbuilding becoming engulfed in flames? A gun or knife probably would have been the two easiest and quickest ways to take her own life.

However, authorities found no evidence of a gun or knife at the scene. Since other metal objects – including the steel toes from Judy’s boots – were recovered, it follows that if she shot or stabbed herself, the weapon should have been found.

Furthermore, the farm was one of Judy’s favorite locations; she’d planned to build a house there one day. It’s nonsensical that she’d want to destroy that location (and herself). If she had, she’d have known the trauma that such an act would cause her parents and siblings, and it wasn’t in her nature to deliberately bring that kind of pain to others.

To this day, Judy’s manner of death is still listed as “undetermined,” and investigators have not been able to pinpoint the exact circumstances that led to her death. Despite that fact, her death was likely the result of a homicide, whether it was intentional or not. The most plausible scenario is that another person(s) severely injured or killed Judy, put her remains in the outbuilding, and then set it on fire.

The final statement on Judy’s autopsy reads, “Because circumstances surrounding this person’s death are of a highly suspicious nature, further police investigation is warranted.” Because homicide is the likely manner of death in Judy’s case, this statement is still completely valid.

Readers Can Assist in Obtaining Justice for Judy Petty

Readers can follow our progress on Judy Petty’s case and help our investigative team by joining our Facebook group dedicated to finding Judy’s killer(s). The group administrators regularly post updates on the case and discussion topics; also, they welcome any input and ideas from readers. In addition, you can listen to Season 1 of Safe Haven, an investigative podcast that covers our team’s real-time investigation of Judy’s murder.

If you have information about Judy’s death, be sure to email our tip line at tips@justice4judy.com or call 224-225-5208. All tipsters are guaranteed confidentiality and anonymity if they desire it. Tips about the case of Judy Petty can also be reported directly to the Wood County Office of the Sheriff’s tip line at 304-834-3909.

Source
An Analysis of Her Autopsy Report – Part V  is written by Jennifer Bucholtz for amuedge.com