Americans Agree Immigration is A More Urgent Issue Than Ukraine 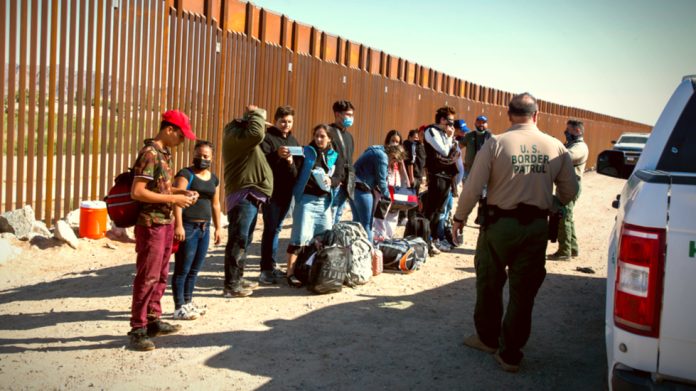 Americans agree that Immigration is now one of the most urgent issues for the United States according to a new poll that was released this week. Outdoing the Russian invasion of Ukraine, but inflation is still at the top of the list.

A poll done by The Quinnipiac University found that inflation is by far the most urgent issue with 31% of the voters. Next was immigration (10%) followed by election laws (8%) and Ukraine, with only 7%.

The Quinnipiac University poll found that inflation is by far the most urgent issue for voters — with 31% of those polled saying it was their most urgent issue. In second was immigration (10%) followed by election laws (8%) and Ukraine, with 7%.https://t.co/mQFIEODeis pic.twitter.com/lR37F0rUHy

The poll comes from major concern about the looming end to the Title 42 public health order. The order has been issued since March 2020 to remove a majority of immigrants at the southern border.

The U.S. has been facing paralyzing numbers at the southern border with more than 221,000 immigrant encounters in March alone.

While the Biden administration has said it has the situation under control, it has planned that a migrant surge will strip resources. Plans have been made for contingencies of up to 18,000 migrants a day.

In the poll, there’s still a partisan split on the urgency of concern that immigration is causing. For Republicans, inflation was the most urgent issue (44%), immigration second (19%.) For Democrats, the top issues was also inflation (19%), but immigration was not even in the top five issues. It was beat out by climate change, gun violence, Ukraine and election laws. Only 4% said it was the top urgent issue.

Independents voted that inflation was the top issue (32%), second was election laws (10%) and immigration came in third (8%)

LeBron James Nominated for “Worst Actor” of the Year

How To Get Internet With A Tin Can