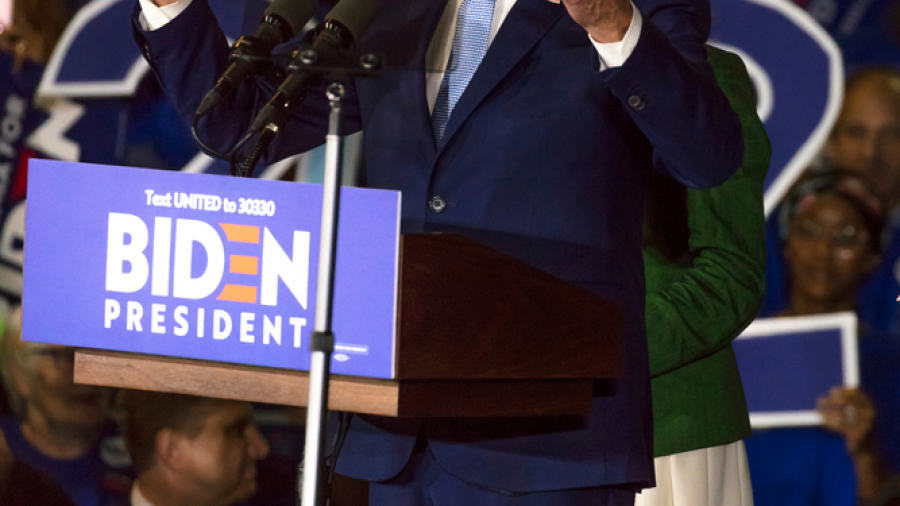 Who runs the Biden Administration? Let’s face it, most Americans have probably asked themselves this question and many have vocalized/written it to the public.

If you ask the Biden White House, who promised transparency, they won’t tell you… which doesn’t seem very transparent at all.

American First Legal (AFL) found out that Mr. “81 million votes” Biden was anything but transparent when all FOIA requests, to 11 different federal agencies, regarding Biden political appointees were denied. All of them.

The Federalist reported today that AFL submitted FOIA requests to the 11 different agencies about 12 months ago to ascertain “the names, titles, positions, resumes, salaries, ethics pledges, waivers, and agreements of political appointees under President Joe Biden in the new administration.”

Since all FOIA requests were denied, AFL has launched a “litigation blitz” to compel the agencies to release the information. Agencies targeted include the Departments of Commerce, Labor, Education, Energy, Health and Human Services, the Interior, State, Transportation, the Treasury, and Veterans Affairs.

“Everyone knows personnel is policy…. We FOIA’d every department and agency across the administration to obtain information about these people. … We want to know who they are, see their resumes that they used to submit, and allow the American people to draw their own conclusions about individuals who are working in various roles in the federal government.”

The AFL believes this information is urgently needed by the American public due to the rampant takeover of the federal government by radical wokesters that are doing their best to instill a radical agenda. The American public, for the most part, agrees with the AFL.

The question is, whose agenda is it? As the report points out, the agenda cannot have come from Biden’s mind–his mind is shot. As Stephen Miller, a founding member of AFL put it:

“In an administration, to be blunt, where the chief executive can’t figure out what chair to sit in without somebody writing him a note card telling him ‘you enter the room, you sit down, you thank people’ and so on… he appointed political staff has an unprecedented, arguably unrivaled degree of power over the direction of the country and over the lives of the 300-plus million citizens living in that country.”

“We could go through it for two hours, every crazy, unpopular, often illegal policy and agenda item that is being pushed through,” Miller said, citing a litany of examples from the weaponization of the Justice Department that has labeled concerned parents as “domestic terrorists” to the war on American energy.“

The report highlighted the Biden appointed radical wokesters that have been identified, “including an ecoterrorist to lead the Bureau of Land Management and a Broadway wannabe to lead the proposed U.S. Ministry of Truth officially branded as the “Disinformation Governance Board.”

Of the two, Nina Jankowicz, is probably the best known to the general public. Nina, who ended up tendering her resignation shortly after being appointed, was ridiculed mercilessly by Americans. rightly so.

Given the nickname “Scary Poppins”, Nina was the epitome of the disinformation she was charged to dispel. It was quickly revealed after her appointment that Nina had championed disinformation causes in the past. One was insisting the Steele was real and not the Hillary Clinton/DNC bought and paid for fantasy rubbish that it was. Another was insisting that the Hunter Biden laptop was Russian disinformation, which is now of course real and, really, a gift that keeps giving.

The one thing that we will never forget about Nina, no matter how hard we try, this:

What a whack-a-doo. Maybe Nina should not be forgotten as we all need to keep in mind the type of dystopian future the Democrats, Rinos, and the MSDNC (and their betters at the WEF) have in store for us if we go to sleep.

Naturally, the left had no problem with such transparency when Trump was in office. In fact, ProPublica put together a database, for public use, that documented the exact same information for some 4,000 Trump appointees. The information was used to relentlessly attack and stall the President’s agenda… but that was okay.