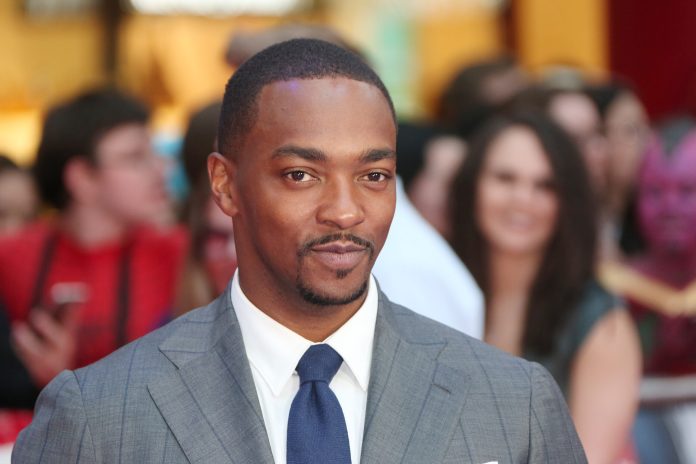 Anthony Mackie is an actor who first made his name known in a movie called 8 Mile, in which he starred alongside the rapper Eminem. The movie was a semi-biographical one about Eminem’s rise to prominence and fame.

Since then, Mackie has appeared in a number of hit, prominent movies. Among them, perhaps his most famous ones are the Marvel: Avengers movies, in which he appears as the “Falcon” character, a friend of Captain America’s.

But Mackie wasn’t always such a fan of vapid superhero movies. In fact, in a recently resurfaced clip from 2017, Mackie sounded off on Hollywood’s superhero fascination.

Watch him do so here:

Anthony Mackie on why most movies today are trash.

“You’re now making movies for 16-year-olds and China. And that’s it.” pic.twitter.com/qSbo6ar5bN

As you can hear in the clip, Mackie rips into Hollywood and the trash it’s now pumping out.

Beginning, he explains what movies used to be like, saying:

Going into the movies used to be an experience. It used to be a family affair used to be an event. Whereas now, you know if people will go see movies just because they said is going to be number one.

Continuing, he went on to explain what changed and why it has changed, saying that superhero movies have displaced action movies and Hollywood has pushed that even further by only making movies for teenagers and the Red Chinese market. In his words:

So the evolution of the superhero has meant the death of the movie star.

And that’s the fear now because you’re now making movies for 16 year olds, and China.

Continuing, he said that the studios are now making movies for specific audiences rather than just trying to make good movies that people enjoy, saying:

In all of them you want you watch Stranger Things on Netflix. Has anybody ever seen Stranger Things? Stranger Things is Goonies is everything. It’s Goonies. Three kids go on a mission on underground in the alien kill alien glues. Even when they found the little dark world where the alien was they went down this line.

So it’s just it’s a different time now to business. They make movies for specific audiences, as opposed to just making good movies. And that’s why people stopped going to the movies because most of the movies suck.

But Mackie isn’t blameless here, of course. While Hollywood does have a superhero flick addiction, it wouldn’t be able to keep that going without actors like Mackie that appear in the endless repetitions of the same superhero plots with a few minor story variations and better special effects. And Mackie has done just that, appearing in numerous Marvel films and in his own Marvel show on Disney+.

So much as he might lament the death of the action star at the hands of the superhero movie, Mackie is at least partially to blame for that.

Source
Actor UNLOADS on Hollywood’s China Fixation in Epic Video is written by Will for trendingpolitics.com

12 DIY Security Methods To Protect Your Home When SHTF

5+ Survival Plants That Stave Off Dehydration

Ukraine and Russia: What you need to know…