9 Dirty Tips To Become A Sniper In Mere Minutes 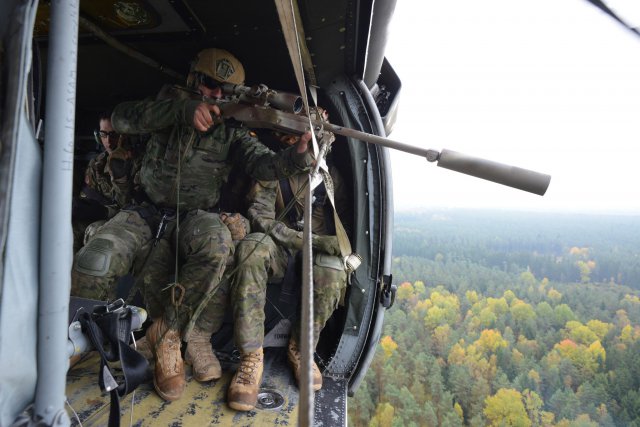 Ever wanted to become a sniper? These incredibly skilled men and women are able to shoot extremely accurately, often at long distances.

And, even though oftentimes snipers get a bad reputation, many of them are doing this work for justice. For example, if you’ve seen the movie American Sniper, you know that Chris Kyle was using his skills to save lives and protect others from harm.

Many, many sho0ters want to obtain the knowledge and skills in order to become a sniper. However, most of us (including myself) don’t have the funds and/or resources to be able to fire off hundreds and hundreds of rounds. This trade gets expensive, that’s for sure!

However, what many shooters don’t know is there’s a lot of things they can do today (or can at least begin working on) in order to fulfill this dream. That’s why we want to share a few tips with you so that you can become much more accurate, faster than ever before.

Now keep in mind you can implement some of these tips right away, and see instant results. On the other hand, some of these will require a bit more consistency and practice in order to see the fruits of your labor. However, one thing’s for sure – they’re all worth attempting.

We want to help you reach the peak of you abilities as quickly as possible. That’s why we want to share these…

9 Dirty Tips To Become A Sniper In Mere Minutes

Most folks will tell you that a clean gun is paramount to success – especially if you’re using it a lot. However, this is not only incredibly time consuming, but it isn’t even worth it most of the time.

For these reasons, many snipers actually prefer to shoot firearms that are dirty. They often won’t even stop to clean their rifles until they’ve shot about 300 rounds – and yet, their performance doesn’t seem to weaken as a result.

Their advice? Put down the rag and just leave your firearm dirty for the entire season. You’ll have more fun, and put in less fruitless labor.

Many shooters make the mistake of thinking that accuracy is all in your head. As long as you’re paying attention and have a steady footing, you’ll be able to shoot accurately. Right?

Not necessarily. That’s because most shooters fail to remember the importance of breath control. Rather than just shooting whenever you feel like it, many snipers prefer to take three deep breaths before shooting, one after another, taking their time. On the third breath, many let all the air out of their lungs on the last exhale. Then there’s a pause, lasting a couple seconds, at the end of the breath. And this is where they shoot.

Many snipers claim that this is one major key to their success, as it’s when they are most calm and level-headed. Plus, it gives them time to clear their head and focus on their shot – a crucial step in improving accuracy.

There’s many more tips that can help you succeed in improving your accuracy and becoming a sniper. Here are a few more from Outdoor Life:

Collect Data
“The most important aspect of being on the range is not to shoot but to collect data on the rifle. We record data with every shot, so we know what our gun will do under every condition. We will then use this DOPE (Data Of Previous Engagements) book as a reference before every shot.”

Zero to a Higher Standard
“A lot of hunters settle for a gun that’s not quite zeroed. Snipers do not consider a gun zeroed until we get three consecutive rounds within a 1-inch square at 100 yards. Do not settle for less.”

Get Out of Sight
“Our primary role on the battlefield is reconnaissance and intelligence gathering. In order to do this, we have to go to the extreme with camo. We use handmade ghillie suits that incorporate natural vegetation from the environments in which we operate.”

Study the Wind
“Remember, wind is never constant. The most important wind consideration for a sniper is wind at two-thirds of the way to the target. There can be multiple wind directions and speeds between you and a target. You have to recognize these and make the right adjustments.”

Know Your Bullet
“We use 175-grain Sierra MatchKings, where the average hunter is going to use some kind of ballistic-tip ammunition. These bullets aren’t as accurate, so you need to do some testing and find the best bullet for your firearm.”

Learn From the Kick
“If you are shooting a .308, or something of comparable recoil, the kick of the gun will tell you what you are doing wrong. Every time a sniper shoots, he wants the gun to come straight back into him. The scope should fall right back on target–that means your fundamentals are perfect.”

Remember, the more you prepare now, the more likely you are to survive later! Implement these tips and you’re sure to see results as you train to become a sniper!

GDP Falls In 2nd Consecutive Quarter Thanks to BidenFlation