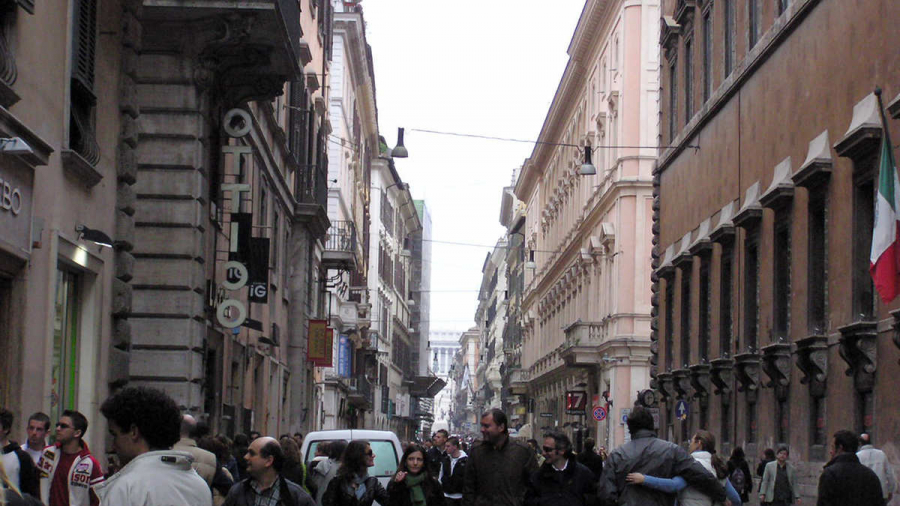 Most preppers know that a major crisis is going to occur, even though they may not know when or where. As a result, most folks have a list of locations they’re going to bug out to when the big one hits.

However, there are certain places you definitely DON’T want to bug out to. These spots might seem like a good idea when the world is intact. But once SHTF, your chances of dying here go up tremendously.

Your goal is to keep yourself and your family safe at all costs. And that means not putting them in danger by bugging out in an unsafe location. That’s why why you need to be aware that…

These 7 Places Are Deathtraps In A Crisis

The Second Floors (And Higher) Of Buildings

It might be tempting to ride the escalator or take the stairs up a few floors if disaster strikes. However – unless you are in the midst of a flood or hurricane that stops you from reaching the ground floor – taking the next few flights up is actually a terrible idea.

That’s because the higher you go, the further the building goes off the ground and the weaker the structure of the building gets. Not to mention, these floors are always much more difficult to escape from. Even the next floor up poses a much higher threat than the ground one.

And think about it – there’s only so high you can go. If you’re running from a fire or an attacker, it/they can still easily trap you on the top floor with nowhere to hide.

Now obviously, panic might set in (or outside circumstances may occur) where you find yourself having to clamber up to the higher levels of a building for safety. In that case, make sure to bring the following things with you:

The many rooms and close proximity of a school may draw you there during a crisis. However, schools can be extremely dangerous in an emergency.

First of all, schools are notoriously a “gun free” zone – which means that shooters are likely to head here first. After all, schools are full of defenseless children and teachers, and the media coverage of a huge school shooting will be astronomical (a win-win for the attacker). This is especially true for events with widespread panic, since there’s often enough distraction and mayhem for the attacker to fulfill their plans.

Not to mention, many schools are structurally unsound. Due to inconsistent maintenance and low budgets, many of these buildings are not nearly as stable as one would hope. Which means, in the event of an earthquake or other natural disaster, this is one of the last places you want to go.

Unfortunately, although they seem safe on the outside, hospitals pose an equally major threat to your life when you use them as a bug out location.

First of all, hospitals have many of the same issues that schools do: they’re often structurally unsound in a natural disaster, and they’re “gun free” areas – meaning any attacker is likely to sweep through the place with a firearm.

Second, hospitals are a huge spot for legal drugs and medicinal supplies. These are hot commodities when SHTF, and it’s likely groups in panic will storm the building to get the resources they need to survive.

Third, hospitals are a breeding ground for bacteria, disease, and infection. And, although the hospital staff does their best to contain it, this is one of the worst buildings you can choose to bug out in when things go south.

Not to mention, if the SHTF situation occurs because of an outbreak of disease, victims are going to flock to the hospital for treatment – and you’ll be stuck.

If you’re healthy, bugging out in a hospital might expose you to diseases and bacteria unnecessarily. It’s probably best to just stay away.

Many people in our culture view churches as safe, healing places. Unfortunately, if you’ve been reading the news lately, that seems to no longer be the case.

Sick shooters are beginning to head to churches to take down their next victims. That’s because the people inside are often vulnerable and defenseless, and the media attention that comes out of it is huge.

Not to mention, any denominational church can put you at higher risk of being the victim of a mass shooter. For centuries, people have been killing others because of their religion and spiritual beliefs.

Plus, as with many other buildings, churches typically do not have the budget to structurally enforce their building. Therefore, it’s not the safest place to visit when a natural disaster hits, either.

If civil unrest occurs, it may be your best bet to avoid the church.

Locations With See-Through Windows and Doors

I understand you may not have the “pick of the litter” when the big one hits. However, you can be smart about where you go in an emergency by avoiding buildings with see-through windows and doors.

These pose a very obvious threat. If someone can see you from the outside, your hiding place no longer does its job.

To help avoid (even more) panic, you can help transform your go-to bug out building ahead of time by making it harder for predators to see through and get to you. Here’s some additions you can make to the building:

When in crisis-mode, many people have the urge to organize into groups. This helps them regain a sense of control to help handle the emergency more effectively.

As such, some people believe temporary camps are going to be very effective in the first hours (or days) of handling an emergency situation. However, there are numerous shortcomings this idea has:

Temporary camps aren’t inherently bad; they help people organize and take on crises in groups, and can be very effective. Just make sure to have an escape route should things go south (and make sure your conflict resolution skills are up to snuff if you plan to live the next few days/weeks with lots of stressed-out strangers).

Near Traffic Areas and Roadways

When a crisis hits, most all the people on the road will be attempting to escape their vehicles. This not only makes for traffic jams and crowded roadways, but it also puts you at risk if you’re planning on bugging out in one of these areas.

These areas pose numerous threats: for one, you have a lot of panicky people running off the road (both literally and figuratively).

Second, both road surveillance teams and sinister attackers can kick you out one way or another.

Roadways are simply bad news when SHTF. However, if you have to be near them temporarily when a crisis hits, it’s best to do so during one of two times:

It’s important to know where to go when situations like these come up. The more you Prepare Now for it, the more likely you are to Survive Later when a crisis occurs!