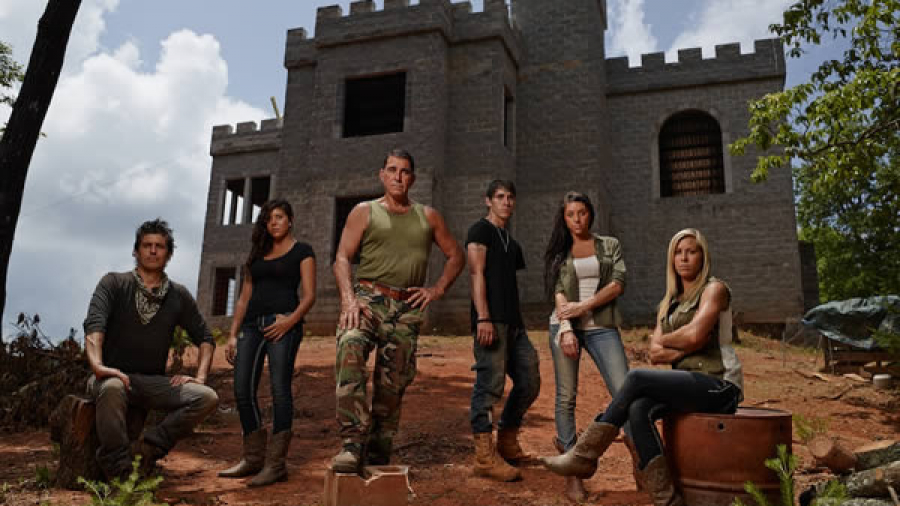 As preppers, most of us are typically a sucker for survival shelters.  These good old-fashioned “bomb shelters” are not only fun to look at, but they’re also insanely useful in a major crisis.

It’s the dream of every survivalists to have a bunker they can disappear in when things go bad. That’s why we wrote an article highlighting some of the coolest ones ever.

These survival shelters are absolutely amazing. Some of them are built into caves…others are under large fields…and still others are made entirely up of old missile silos.

However, there’s s caveat to all this brilliance. Despite the cost of the materials, none of the builders of these shelters would dare sell these shelters for less than $1,000,000.

Ouch, I know. But once you see them, you’ll start to understand why all of them are to be envied.

Even if you can’t purchase one of these survival shelters on your own, you can stare longingly at the ones below anyway. Who knows – they may even give you some ideas on building your own some day!

7 Of the Craziest Survival Shelters You’ve Ever Seen 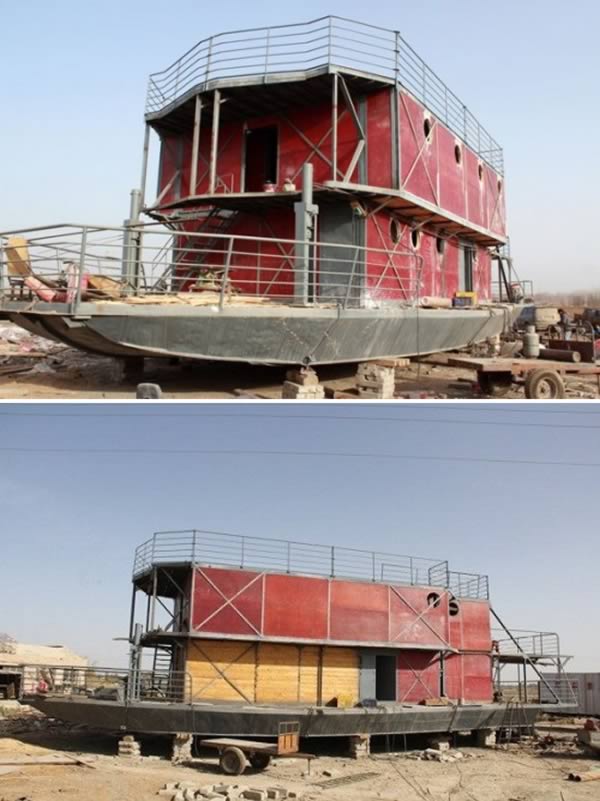 When a Chinese man was preparing for the 2012 Mayan apocalypse, he went a few steps further than any other prepper, and began building his very own model of the classic Noah’s Ark.

Zhenghai says his fears of a doomsday flood were the motivation for his completion of this task. He was afraid for his and his family’s survival through the storm. So he made the rational decision to “pull a Noah” and built his own ark in order to keep everyone dry.

According to FMN (a Chinese news site),  it took 10 tons of timber and 60 tons of steel to make this epic shelter. Unfortunately, last time we checked, it still has yet to reach completion.

Thankfully, Zhenghai’s fears never came to reality, and the flood did not happen. Hopefully he’ll finish the ark so we can see the results! 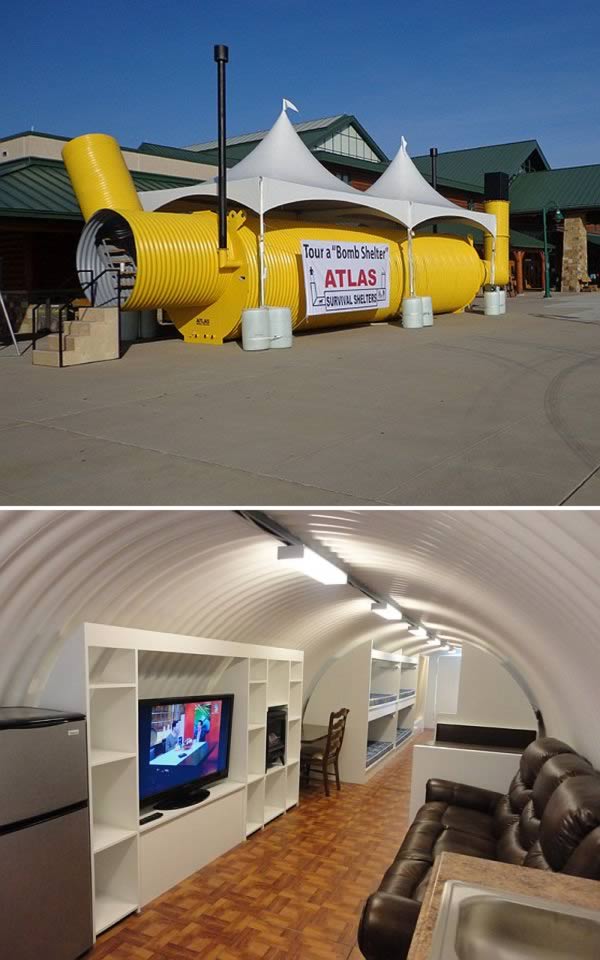 The Atlas Survival Shelter is so durable that it’ll withstand tornadoes, hurricanes, and most other natural disaster the environment can throw at it.

Built from corrugated pipe, this underground bunker is meant to live about 20 feet under the earth’s surface. Which makes sense, because in most emergencies, the safest place to be is underground.

As survival shelters go, this one is pretty sweet. It’s got bunk beds with storage compartments, a kitchen with sink and countertops, electrical outlets, toilets, an escape hatch, low voltage electric lights, and mudrooms that contain a lockable interior door.

3 – The Bunker Under The Resort 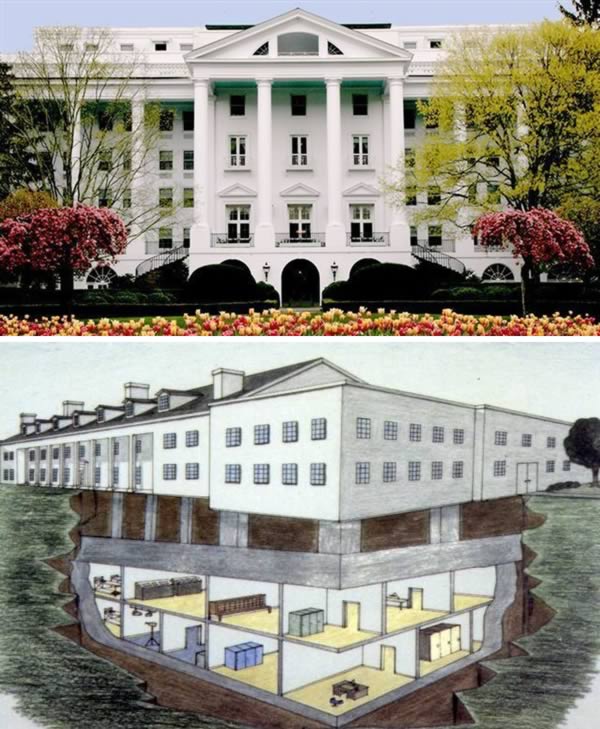 During the time of the Cold War, the U.S government built an underground shelter in the West Virginia mountains. Known as “Project Greek Island,” the bunker was top secret, and was a place where members of the Hour and Senate could go to in the event of a nuclear attack.

However, in 1993 an investigative reporter found the shelter and made the knowledge public. Although nobody uses the bunker anymore (to our knowledge), the shelter reminds us of a sobering time when the U.S was under threat of a Soviet nuclear attack. 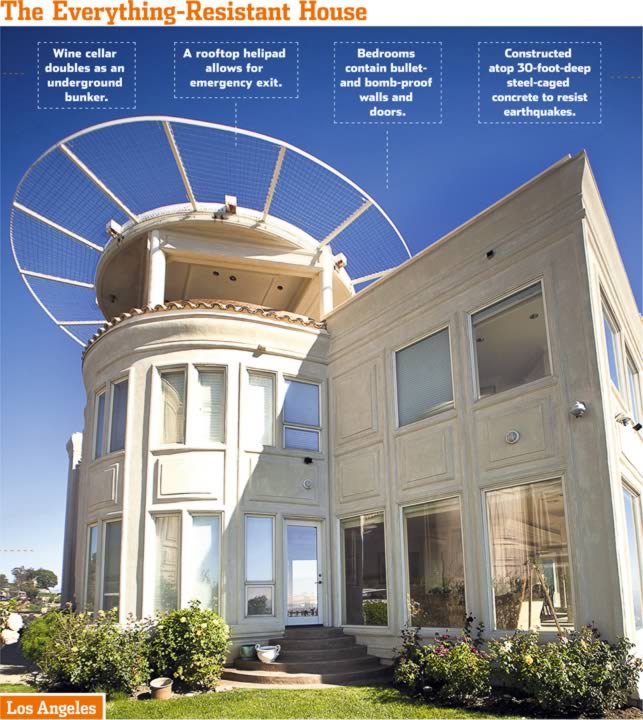 From the outside, Al Corbi’s home in the Hollywood Hills appears to be a slightly strange, extremely expensive residence – not completely unlike others in the area. However, it turns out this home has much more in common with the NSA headquarters than with any other home on its block.

That’s because this residence contains biometric recognition software, which recognizes the owners (and prevents others from getting in) so that there’s no need for door keys. There’s also zero danger of being hit by earthquakes here, due to the home’s steel-reinforced concrete caissons, burrowing 30 feet into the private hilltop on which the home stands.

Not to mention, the residence is really a “home within a home,” seeing as it also contains a 2,500 square foot ballistics-proof panic suite.

Not surprisingly, the owner is the founder of SAFE (Strategically Armored Fortified Environments) – a security megafirm.

5 – The Luxury Home With A Hidden Bunker 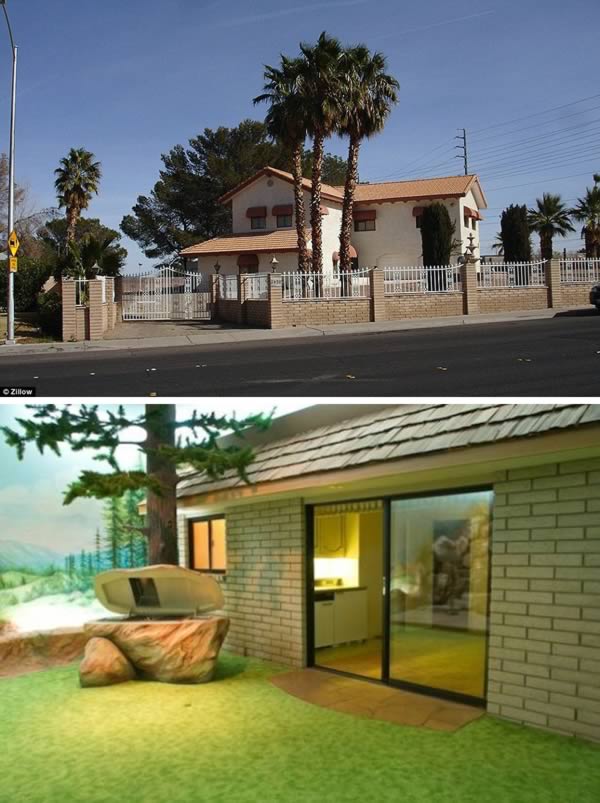 On the outside, this Las Vegas home looks like every other surrounding it. However, what the neighbors don’t know is that there’s a very secret survival bunker hiding underneath the residence.

Buried deep underground, this 15,200 square foot bunker is essentially a time capsule from the 1970’s. It features pink toilets and kitchen trim, green AstroTurf, and a painted scene on the walls reminiscent of the countryside (complete with rolling hills).

But it’s not just for show – there’s lots of activities to keep you busy while the crises occur up-top. These include a four-hole putting green, dance floor, BBQ grill, sauna, swimming pool, and two hot tubs. It’s even got adjustable light settings during the day, helping you set the mood for each activity.

Last time we checked, the Hendersons (who had built the shelter) had died, and a relative took over. When the most recent over had to foreclose on it, the bunker was on sale for a cool $1.7 million. 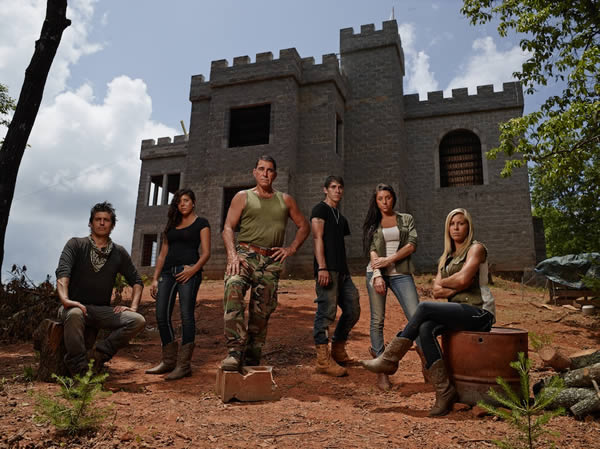 According to Brent Burns (the creator of the Doomsday Castle), the world will go under because of an EMP (electromagnetic pulse) that will wipe out the entire power grid. As a result, we’ll find ourselves instantly back into the Dark Ages, floundering to survive.

In order to prepare for this event, the Burns family have built an enormous castle in the woods of South Carolina. The resident contains everything we all know and love about castles: a drawbridge, portcullis, and of course an underground survival shelter.

But that’s not all. The Burns family is taking it a step further by training with medieval weapons, such as swords, catapults, and crossbows. They believe these are the essential survival weapons to own, since they require zero electricity to function. With enough training, the family will learn to adequately protect themselves when attackers come to their door (er…drawbridge).

You may recognize the Burns family (in the picture above) – word got out about their survival castle, and they became stars of the National Geographic show, Doomsday Castle. 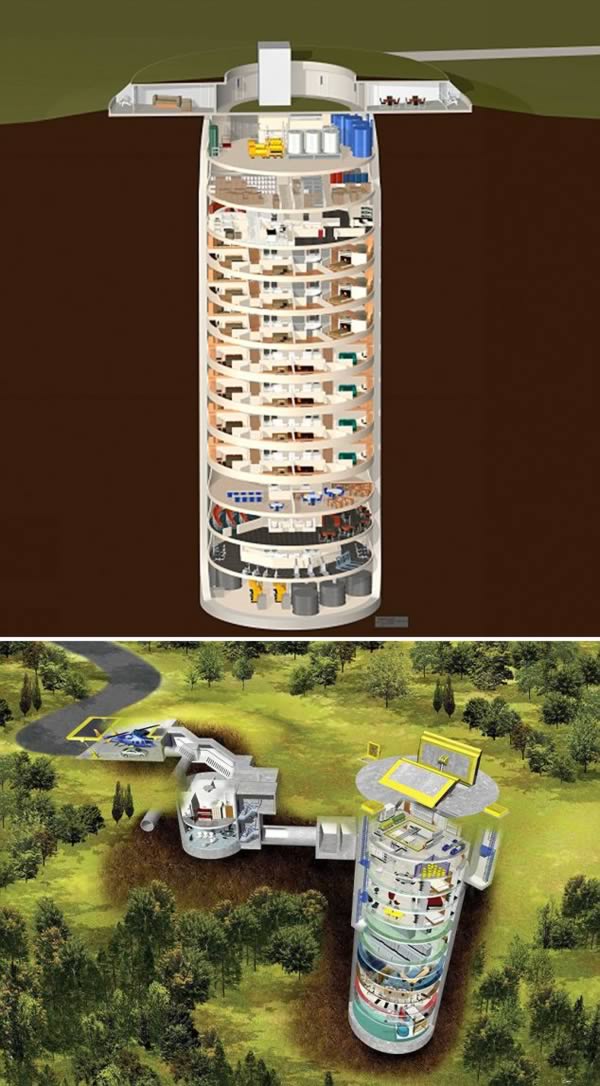 This option is the last for a reason – it’s known by many as “the most luxurious way to sit out the apocalypse.” At the time of this project’s completion, there was a waiting list of buyers to purchase one of these condos. At the time, each one was selling for a cool $2 million. Just let that sink in for a minute.

Along with up-to-date modern conveniences, the condos also feature a movie theater, a library, and a pool. They also have impenetrable 9 ft thick concrete walls, spanning about 174 feet long. These walls were made to stay standing should an atomic blast occur.

Oh..and one more thing – according to the seller, each condo offers a GUARANTEE that they will survive when the apocalypse/doomsday/ultimate SHTF event occurs.

The condos are buried deep underground in Kansas, within the shaft of a missile silo that was abandoned long ago. As such, these luxury bunkers are built to handle any kind of survival situation. Economic collapse, EMP, solar flares, nuclear warfare, terrorist attacks, pandemics, you name it – you have a guarantee to survive it in one of these epic survival condos.

We know how fun looking at survival shelters can be (even if you can never afford them). That’s why we’ve got a bonus video below with 10 more awesome bunkers. Enjoy!