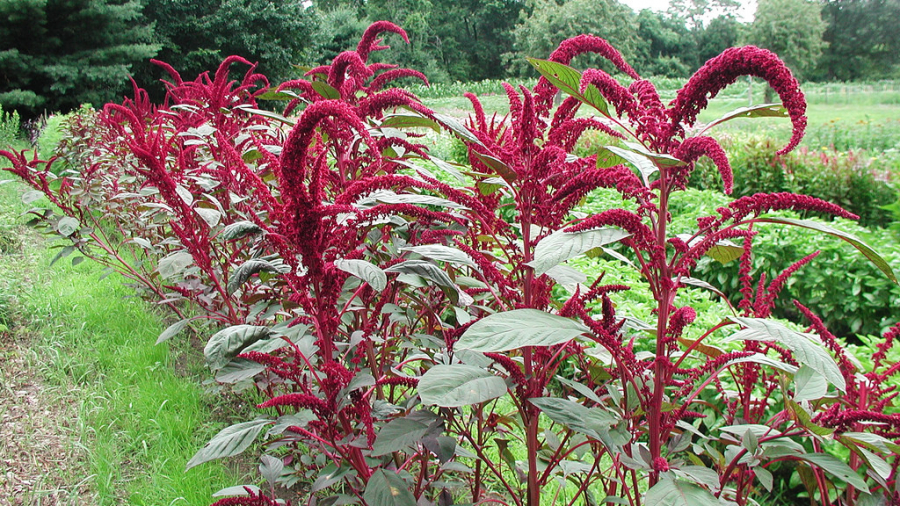 People have been depending on their ability to identify edible plants for thousands of years. It’s this “living off the land” that’s kept us alive for so long.

However, thanks to things like convenience and large-scale food production, we no longer need to depend on this survival skill to get our nutrients. And that’s a real shame, since we’re going to desperately need this ability in a crisis.

Think of it this way. Grocery store shelves nationwide will be cleared out in a matter of hours. And when that happens, most preppers will be standing in the middle of a field starving, having no idea which plants are edible and which are not.

Don’t let that be you.

To help you, I’m going to show you some plants you can safely eat when SHTF. That way, if you’re trying to fight off hunger, you can depend on these 6 edible plants to help get you through.

This is by no means a comprehensive list – there are tons of edible plants out there you should know about. However, this can be a great jumping-off point to get you started in learning about plant identification.

6 Edible Plants That Will Help You Survive 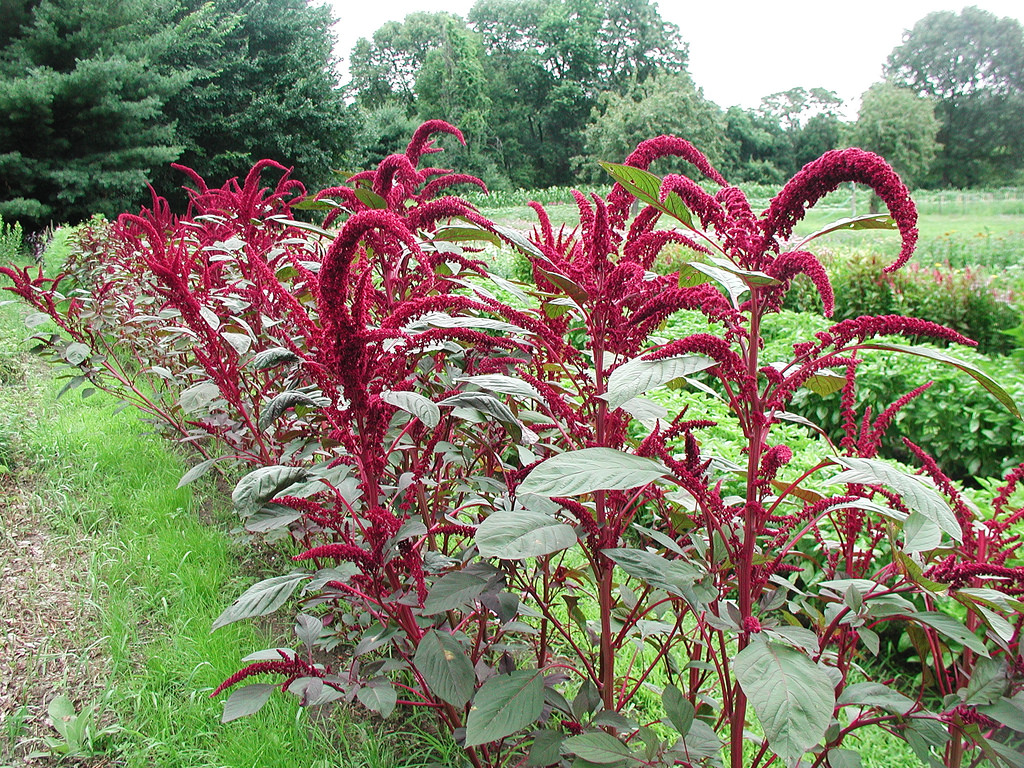 Amaranth is often known as a “weed.” But that’s a shame considering the entire plant is edible!

This plant is known as an “ancient grain” – even though it’s really not a grain at all (good news for celiacs!). This may be because you can make flour out of its tiny seeds (we talk about that in our blog right here). These seeds are the most nutritious part of the plant, and are an excellent source of protein, fiber and minerals.

Keep in mind there are many species of amaranth. Do your research to know which types grow in your area, so you can learn how to identify them! 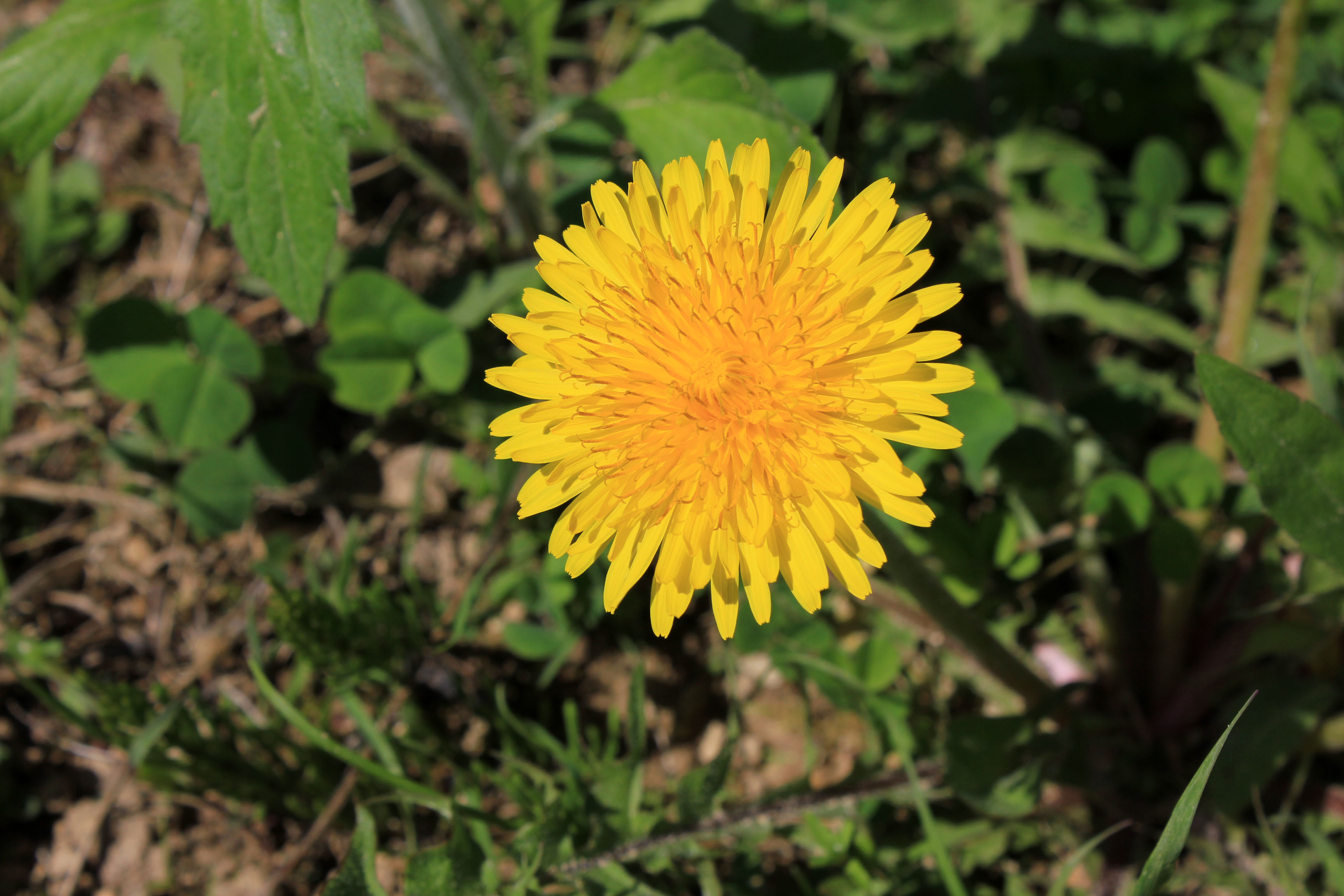 Dandelions are by far one of the most common “weeds” in the U.S.. However, too many Americans run these over with their lawn mowers, and not enough take advantage of their nutritious health benefits!

All parts of this plant are edible, making this a no-brainer to eat in a crisis. However, the leaves tend to get more bitter as the plant ages. To get rid of the bitterness, simply boil the dandelion leaves. You can also boil the root to make it easier to eat.

However, don’t dump the water after boiling! Dandelion tea can help ease stomach pain and reduce inflammation (which can come in handy in a crisis). 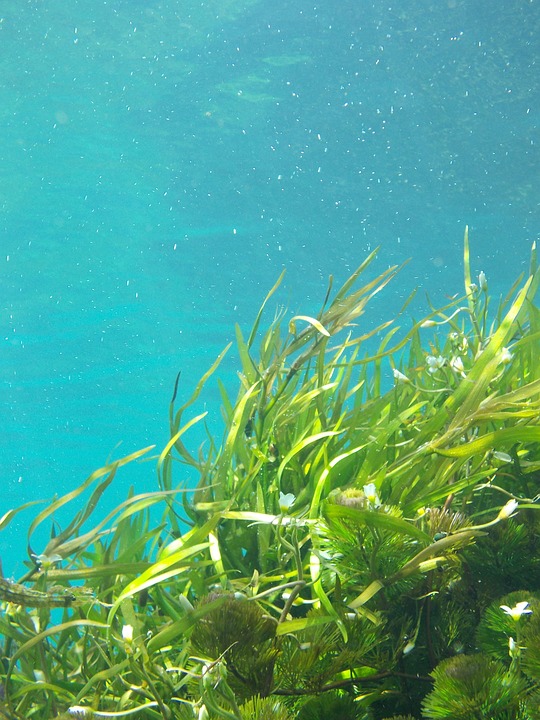 Many preppers tend to look on land when foraging for plants. However, many neglect to check their local water sources! For instance, green seaweed is incredibly healthy and safe to consume. In fact, it’s hugely popular in a lot of Asian cuisine.

Seaweed can be eaten either raw or dried – however, dried is much easier to consume. To dry it, simply wash the seaweed in fresh water, and lay it out to dry on a clean towel. As it dries, the seaweed will become crispy and delicious. 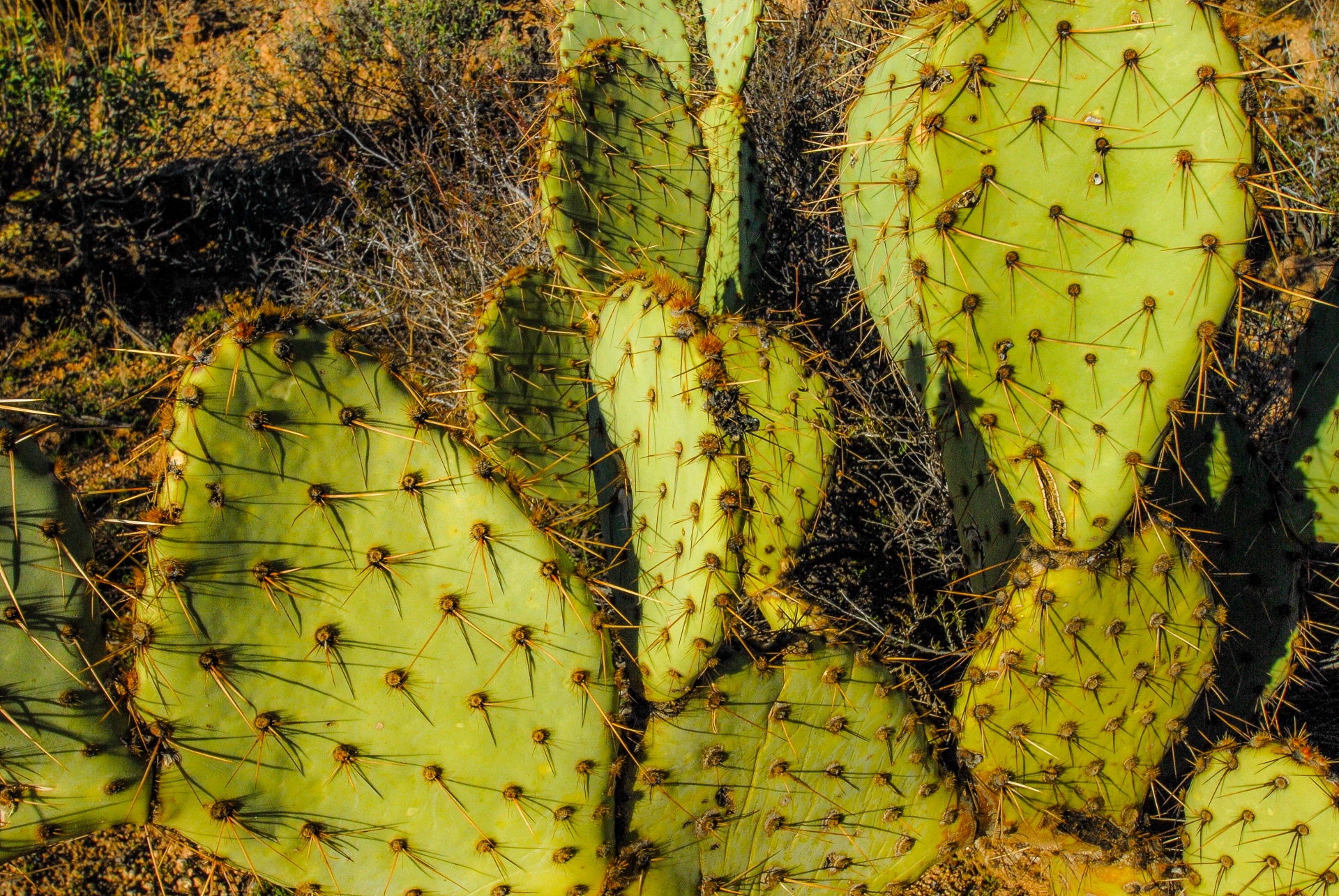 Preppers living in the southwestern U.S. will want to take advantage of the Prickly Pear in an emergency! That’s because this plant holds onto water, making it great for hydration. The inside of the cactus also has rich, tasty fruit you can enjoy (it’s typically purple or red).

Obviously, you won’t want to just eat the plant as-is. You’d likely cut the inside of your mouth.

Instead, cut off the spines (those pokey things) with a knife. Then cut the cactus open to reveal the fruit (and water) inside. Many find that boiling the cactus before consuming makes it easier to eat and digest. 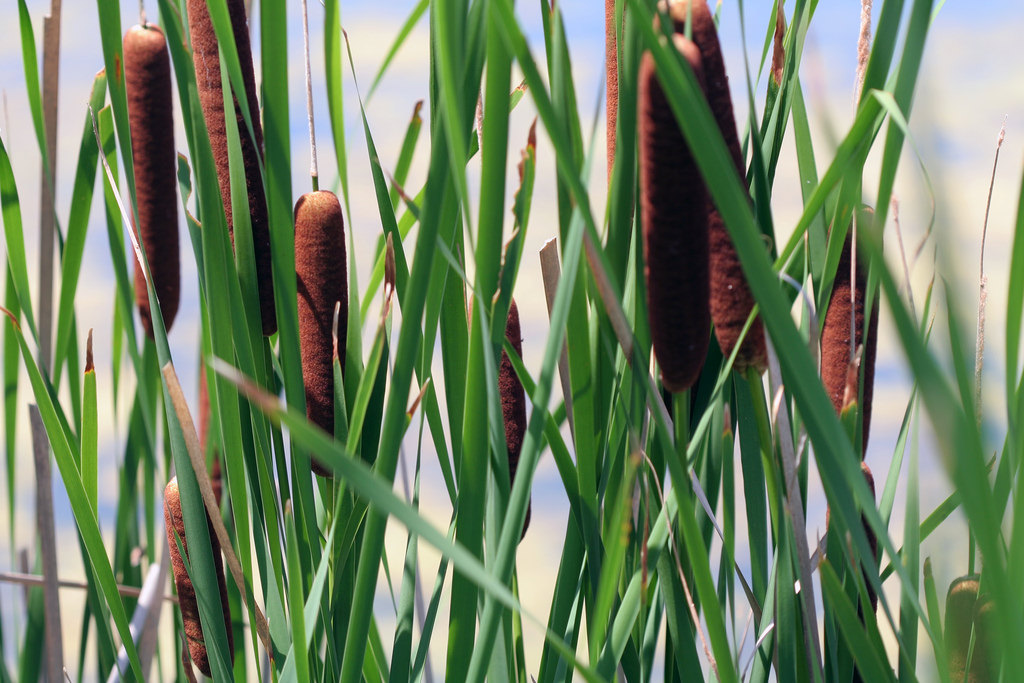 Cattails typically grow alongside standing water sources, as well as flowing streams and rivers. It’s distinguishable thanks to its puffy brown ends, which resemble hot dogs. Oddly enough, this brown part is the plant’s “flower.” It’s best to eat this in the early stages of its development (many people think it tastes like corn).

Luckily, most all parts of this plant are edible, and there are many ways to prepare it for consumption. As EatTheWeeds writes: 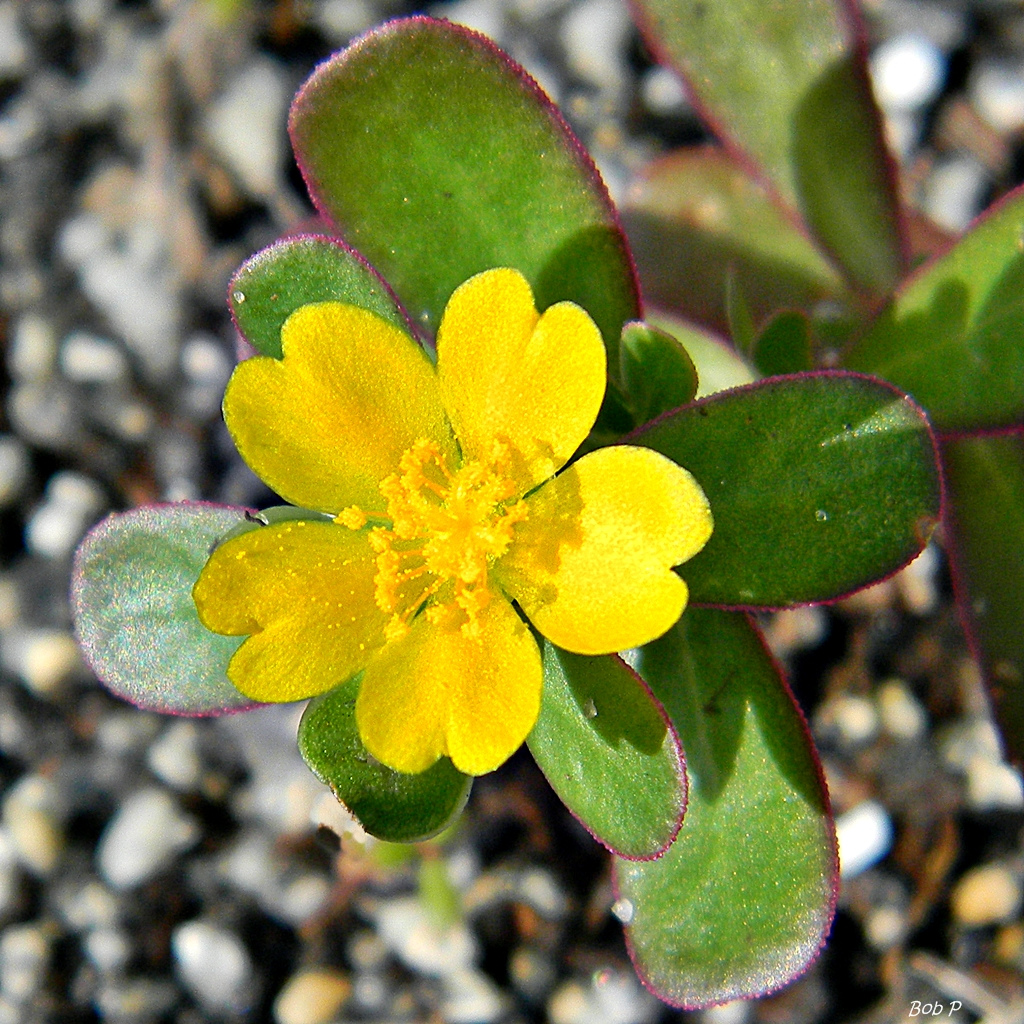 Purslane was one of the plants Ghandi most loved to eat. Too bad most Americans consider it to be a weed!

This plant is incredibly rich in omega-3 fatty acids. It’s also a healthy source of other vital minerals and vitamins your body needs for optimal health.

Not to mention, purslane has been shown to relieve both digestive and urinary issues, as well as acne, diarrhea, and even psoriasis. It also helps relieve sunburn pain.

Both the plant’s leaves and flowers are edible. They have a slightly sour taste, but aren’t bitter or too acidic. In fact, many people feel they taste like lemon! You can eat them raw, or you can boil them to relieve that sour taste.

IMPORTANT: The purslane plant has a doppelgänger called spurge. And this “imposter” is poisonous… and often deadly. Consuming spurge will cause severe stomach pain, diarrhea, vomiting and more.

Here’s a picture comparing the two so you know which to look out for – and which to avoid.